He Was an Important Conductor. Also a Great One

He Was an Important Conductor. Also a Great One

I never heard of him-interesting on Schoenberg’s “Moses und Aron”-wish the Met had it On Demand-we saw it live at the Met when they did it. Regards, Len

He Was an Important Conductor. Also a Great One.

Hans Rosbaud was renowned as a modern-music specialist. But newly released archival recordings demonstrate his gifts were far broader. 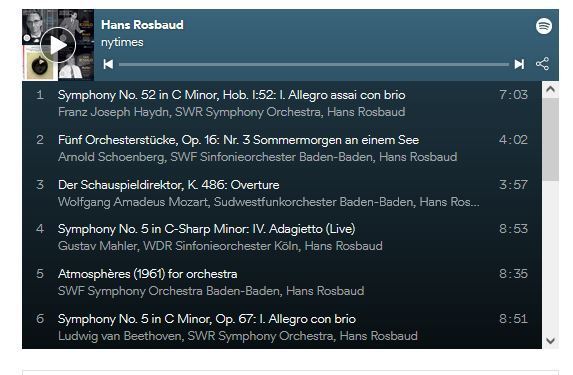 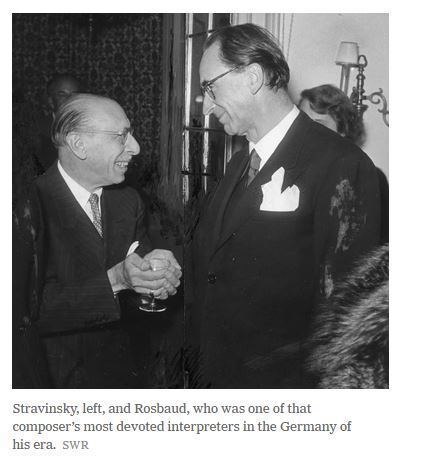 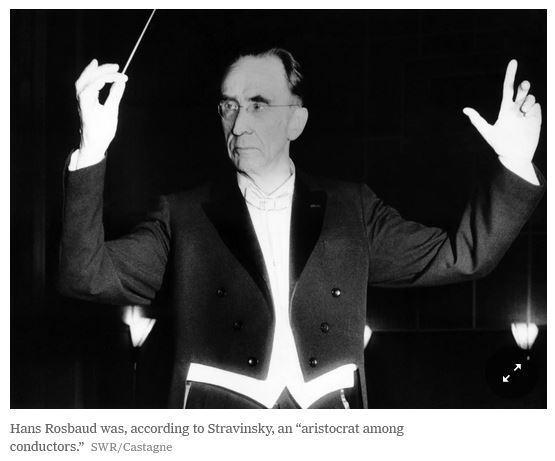 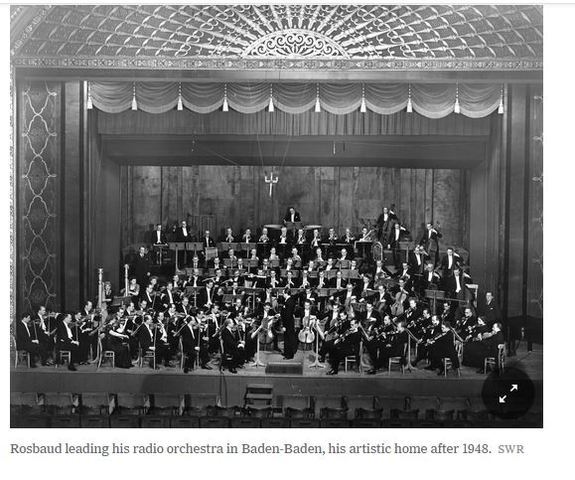 There is precisely one famous story about Hans Rosbaud — though, like its subject, it is not quite as famous as it ought to be.

This Austrian conductor was asleep at his home in March 1954 when the telephone rang. On the line was a producer at Hamburg Radio, a little desperate. Could Rosbaud come to cover for the injured Hans Schmidt-Isserstedt, and oversee the premiere of Arnold Schoenberg’s “Moses und Aron,” a gargantuan opera unperformed since being left unfinished in 1932?

Rosbaud had never seen the score. His mind likely drifted to the 1930s: Back then Schoenberg had told Rosbaud forebodingly that he had “not imposed at all any reserve concerning difficulties of execution” in writing the opera. He clearly assumed no one would dare perform it.

When was the premiere scheduled, Rosbaud asked the radio producer, fearfully? In exactly one week.

This was a difficult prospect, but not the impossible one it would have been for almost anyone else. “One is almost forced to apply the word genius to Hans Rosbaud’s masterful control of the work,” The New York Times later reported of the performance. Genius enough, indeed, that the broadcast was released on record in 1957, the year Rosbaud led the staged premiere of “Moses und Aron” in Zurich — surpassing “even himself,” as a critic wrote.

The recording still holds up, a fire coruscating through its lucidity. Had Schoenberg lived to hear it, he might have repeated the thanks he had offered Rosbaud in 1931 for a performance of his “Variations for Orchestra,” when he wrote in awe at having heard his work performed “with clarity, with love, with design.”


No musician of Rosbaud’s generation did more to canonize its avant-garde. Igor Stravinsky offered a letter of recommendation for “this high-minded musician, this aristocrat among conductors.” Paul Hindemith was a classmate and lifelong friend. Anton Webern was a house guest.

“When a composer speaks of Rosbaud the conductor,” Pierre Boulez wrote of the man to whom his masterpiece, “Le Marteau Sans Maître,” is dedicated, “he is speaking in the first place of a friend.”

Joan Evans, a musicologist and Rosbaud biographer, has listed 173 premieres that he gave from 1923 until his death in 1962, the beneficiaries running from Fritz Adam to Bernd Alois Zimmermann by way of Karl Amadeus Hartmann, Gyorgy Ligeti and Luigi Nono. The Musical Times of London eulogized him simply as “the greatest conductor of contemporary music.”


But this “dream figure” who would “always give the future the benefit of the doubt,” as Boulez wrote, chafed at his formidable reputation.

“I am not a modern music specialist,” Rosbaud told a German newspaper in 1956. “In Aix-en-Provence I am characterized as a Mozart expert; in Munich, I am regarded as a specialist of Bruckner. It is dangerous to classify musicians in this manner.”

Particularly so, for Rosbaud’s own fate. His public stature has never approached the private respect in which musicians held him, in part because of his advocacy for music that has never really caught on. Quiet and scholarly, this “grim, Lincolnesque” man, as a writer once described him, seemed to be the antithesis of a celebrity maestro. His major positions were not with big-name symphonies, but less-prominent radio ensembles. He made few commercial records, superb though those few were. He had no interest in fame.

Few conductors, then, have more to gain from an opening of the vaults. More than 700 of Rosbaud’s performances have been languishing in archives, most of them at SWR, the successor to Southwest German Radio in Baden-Baden, his artistic home after 1948.


Since 2017, SWR has released 59 CDs from those tapes, in a project that covers Rosbaud’s work in composers from Mozart to Sibelius. Much remains still to materialize, not least what should be essential boxes of 20th-century music. But despite variable, usually mono sound, what has already emerged is plenty to prove he was far more than his legend. Without question one of the most important conductors of his century, Rosbaud was also one of the finest.

He saw his task as primarily to help composers state their own case. But unlike others who have aimed for a similar interpretive modesty, Rosbaud’s approach was never clinical or didactic. It always had at its core that love that moved Schoenberg. His Bruckner had humanity as well as structure; he took Haydn seriously, early and late alike; his Schoenberg, Berg and Webern were not just intelligible, but blazed with intensity.

Claudia Cassidy put her pen on Rosbaud’s typical style in 1962. “Rosbaud gave us a blueprint,” this ordinarily truculent Chicago Tribune critic wrote after hearing him lead Stravinsky’s “Rite of Spring.” “Not the kind that lies inert on the drafting table, but the kind that sets skyscrapers soaring, flings bridges into space and sends imagination spinning into orbit.”


Rosbaud had music in his blood. He was born in Graz, Austria, on July 22, 1895, to Anna Rosbaud, a piano teacher who had taken lessons from Clara Schumann. A single mother who died in 1913, Anna never told her four children who their father was; Arnold Kramish, the biographer of Hans’s brother, Paul, traced their paternity to Franz Heinnisser, at one point the choirmaster of the Graz cathedral.

Growing up in a musical family, if a destitute one, Hans played at least four instruments. He attended the Hoch Conservatory in Frankfurt, and his first appointment as a conductor came in 1921. He later recalled getting used to “the whistling, ranting and raging” with which audiences would greet his Hindemith, Stravinsky and Schoenberg with the Mainz Symphony in Germany.

Rosbaud’s main task in Mainz was to run its music school, and he continued this educational approach to his career after 1929, as conductor of the Frankfurt Radio Symphony. Rosbaud gave talks on the orchestral instruments, writing pieces like a fughetta for three bassoons as illustrations, and he lectured on Wagner before giving act-by-act broadcasts of the “Ring.” Bartok, Stravinsky and other composers came to perform; Schoenberg spoke on his “Variations,” with Rosbaud giving examples, and also sent in thoughts on “Brahms the Progressive.”

Even before Hitler took power in 1933, Rosbaud’s tastes were drawing the attention of what he told Stravinsky was a “chauvinistic movement.” Forced to enlist a family friend in Graz as a fake father to demonstrate his Aryan ancestry, Rosbaud found his once-lauded support for a certain strand of new music now brought him trouble, not least when a disgruntled subordinate reported him to the Gestapo in 1936 for seeing music “in a Jewish sense.” He reassured banished composers that he remained on their side, and tried, without success, to find a job in the United States. He left Frankfurt in 1937 for Münster.

Rosbaud despised Nazism, and he likely knew that Paul, his brother, was spying on the German nuclear program for Britain. Still, Hans put his abilities to work for the Nazis, reconciling himself to that service with small acts of resistance. To Berlin, he seemed sound enough to be appointed general music director of occupied Strasbourg, a city that the Nazis sought to turn into a colony for their idea of German art, in 1941. But Rosbaud endeared himself to the Alsatians, speaking French, protecting the musicians and acting with sufficient decency that even Charles Munch, the fiercely antifascist Strasbourgian conductor, thought him beyond reproach.

Despite Rosbaud’s work in occupied territory, the American military rushed to clear him in denazification proceedings. Shorn of any unfortunate ideological associations in either his politics or his aesthetics, he was general music director in Munich before 1945 was over: a brief, frantic tenure that saw him give Beethoven and Bruckner cycles in bombed-out halls, and reconnect German musical life to its international context, with Schoenberg, Shostakovich and Stravinsky given pride of place.

That work would go on, but not primarily in Munich. An offer in 1948 from Baden-Baden could not be refused, coming as it did with the opportunity to imagine an ensemble from scratch and to fulfill a special mandate for new music, which after 1950 included the Donaueschingen Festival, a hotbed of the avant-garde. An energetic Beethoven Violin Concerto with Ginette Neveu from 1949, as well as a lacerating Hartmann Second and a courageous Messiaen “Turangalîla” shortly after, show that Rosbaud quickly brought the orchestra to a high standard.


But he never aspired to the ensemble virtuosity of the more commercially-driven orchestras of the day. His vivacious 1957 account of Haydn’s “London” Symphony with the Berlin Philharmonic might be crisper than his 1952 and 1962 efforts in Baden-Baden, but what matters about them all is how their warmth and drive enliven Haydn’s structures, without drawing attention to themselves.

The joys of what SWR has unearthed are subtle, not sensational. Those who need grand statements in their Beethoven might be disappointed, whatever the grinding insistence of his Fifth Symphony, the liquid flow of his Sixth, the effervescence of his Eighth. Those who want bombast in their Tchaikovsky will doubt his unmissable Fifth, so full of dark psychological shadows that it is almost redolent of Mahler. And in Mahler, Rosbaud’s early advocacy for whom was characteristic of a conductor so often half a beat ahead of his time, he comes close to ideal.

“Mr. Rosbaud does not cut it to pieces or disguise it by ‘interpretation,’” Cassidy wrote of a Mahler Ninth in Chicago in December 1962, in words that also apply to Rosbaud’s Baden-Baden recording from 1954. “He gives it clarity, precision and understanding, which is to shed light on it without blinding its mysteries.”

The Chicago Symphony, where Rosbaud had long spells as a guest conductor between 1959 and 1962, considered him to succeed Fritz Reiner as music director. This offered American recognition for the first time, and a chance to develop a craft honed not just in Baden-Baden, but also in Zurich, where he held positions with the Tonhalle Orchestra, and in Aix-en-Provence. There he directed the annual summer festival from 1948, leading operatic Mozart that Virgil Thomson once called “perfection” in its “animation and orchestral delicacy,” and venturing into Gluck and Rameau.

But Chicago was not to be. Rosbaud had been weakening since kidney surgery several years before, and after that Mahler Ninth and a brief stop in Baden-Baden, where he gave a serene farewell with Brahms’s Second, he died on Dec. 29, 1962, near Lugano, Switzerland. He was 67.
Site Information Navigation There are boxes of his concert recordings as well that look like this: And here's the recording with Ginette Niveu; 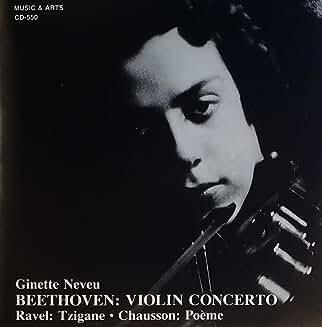 And here's his celebrated Haydn box: 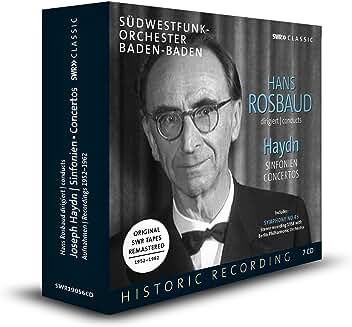 Brian thanks but it's the video I want as well. Regards, Len
Top

Here is an interesting one:

Comments on Hoehn's Rachmaninoff 2nd by the late Allan Evans:

Users browsing this forum: No registered users and 43 guests