A survey at Oper Leipzig provides an opportunity to reassess the youthful efforts that have been excluded from the composer’s canon. 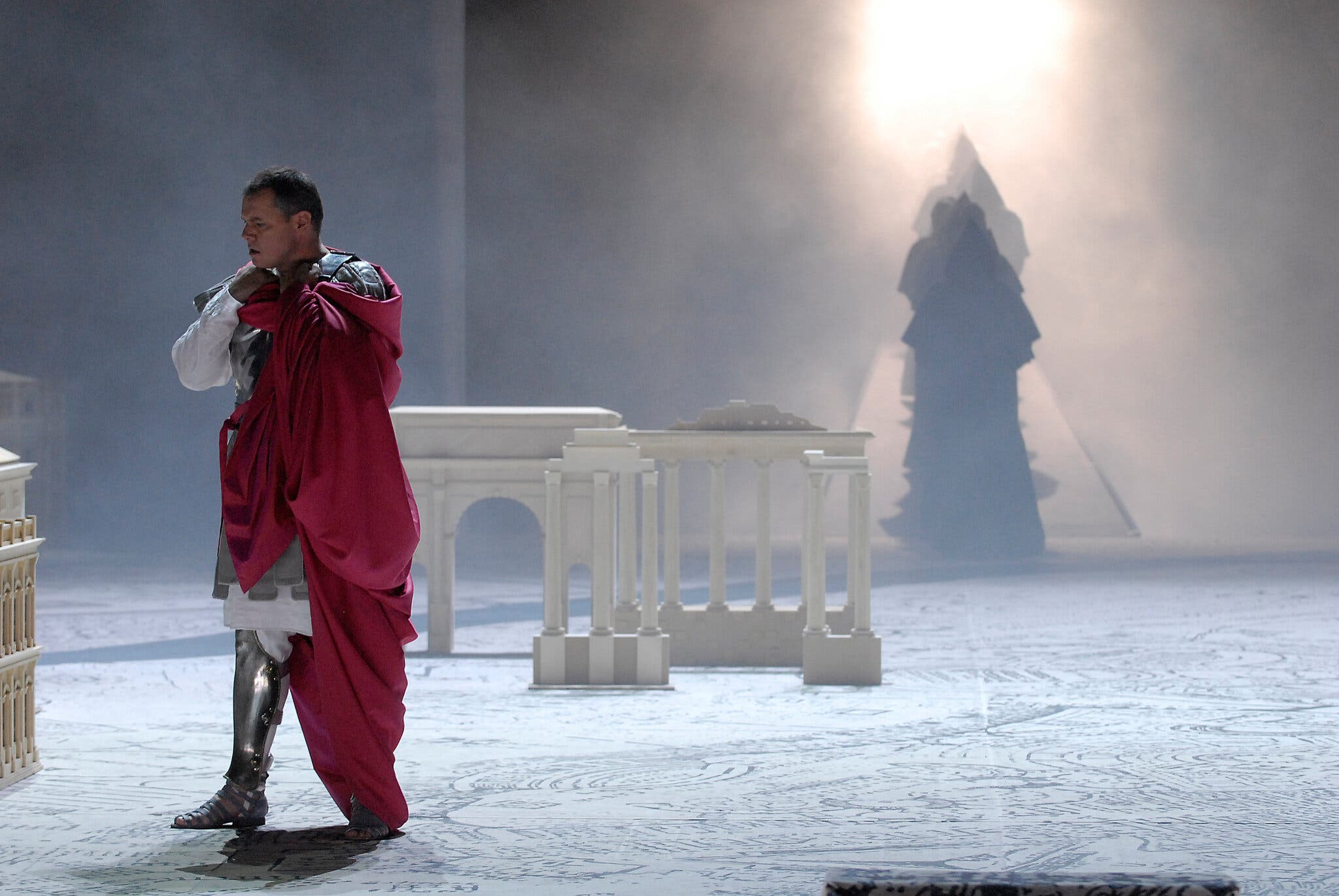 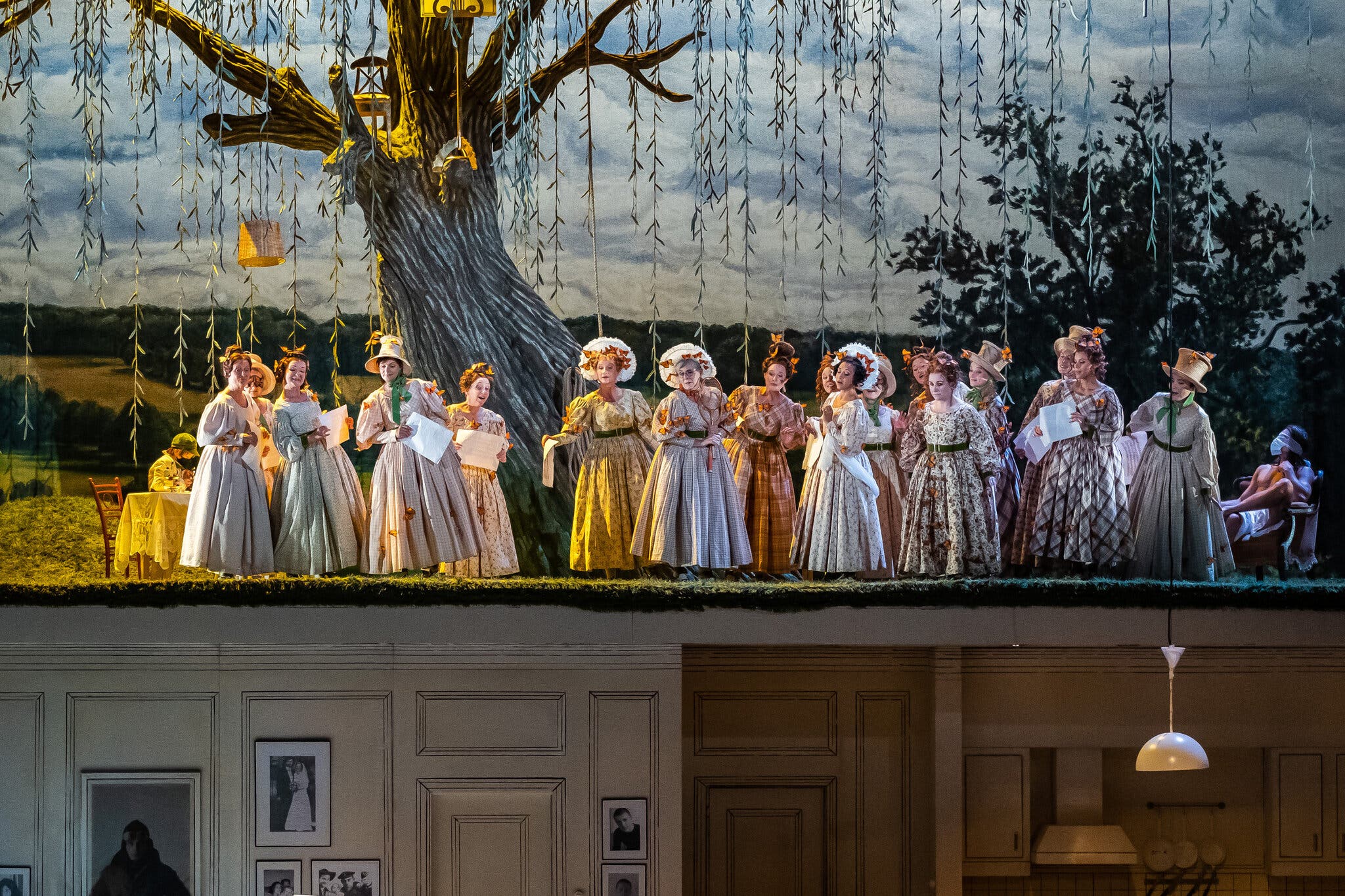 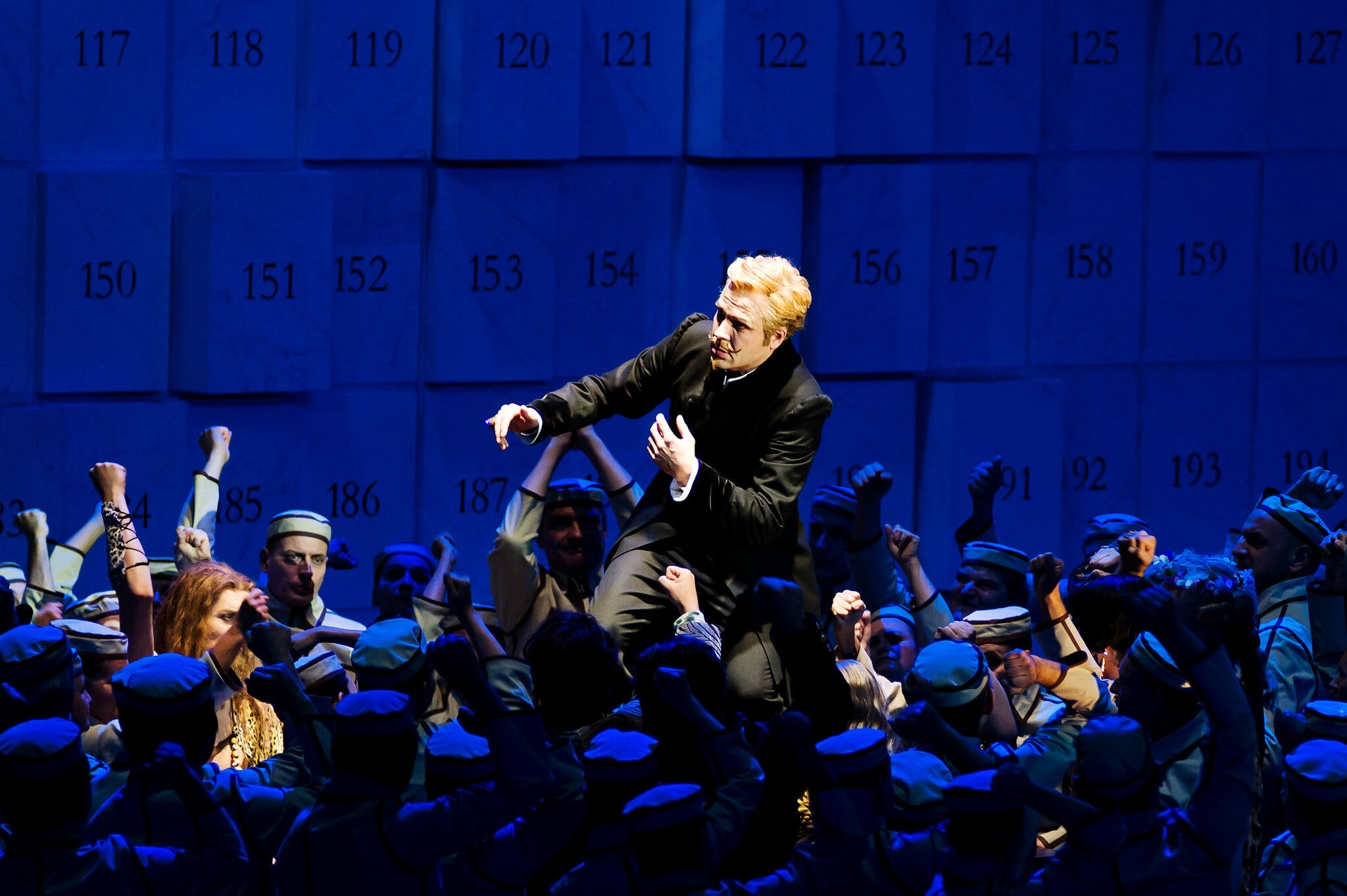 In his self-aggrandizing memoir, “My Life,” assembled at the request of the Bavarian King Ludwig II and dictated to his wife, Cosima, Wagner described the 1842 opening night as something like the apotheosis of his artistic coming-of-age. “No subsequent experience,” he said, “has given me feelings even remotely similar to those I had on this day of the first performance of ‘Rienzi.’”

Granted, that was written before bigger achievements: inaugurating his Bayreuth Festival Theater with the first “Ring” cycle in 1876, or premiering his final work, “Parsifal,” six years later. But Wagner nevertheless regarded “Rienzi” with affection.

Affection, and then indifference. By the time he was working on “Lohengrin,” in the mid-1840s, “Rienzi” had become, he said, “a work that no longer interested me” — a welcome, much-needed source of income, but not a reflection of the poetry, mystery and singular musical language that would come to define his mature operas.

And so, when the non-“Ring” and “Parsifal” works were slowly introduced to the Bayreuth stage by Cosima after her husband’s death in 1883, she stopped short of “Rienzi,” going back only as far as its successor, “Der Fliegende Holländer,” and codifying the 10 canonical operas that continue to be performed at the festival today.

Doomed to exclusion and obscurity were his three earlier efforts, which in addition to “Rienzi” include “Die Feen,” a work never performed in Wagner’s lifetime, and “Das Liebesverbot,” from 1836. All have appeared onstage throughout the years, but they remain curiosities.

Should they? At Oper Leipzig, in Wagner’s hometown, a survey of his entire stage output — a festival called Wagner 22, which continues through July 14 — offers a fresh opportunity to assess his early works in juxtaposition with their canonical siblings, and in chronological order.

The trio of rarities reveals an impressionable composer who, before finding a voice of his own, knew how to expertly draw on those he admired; and who, before pioneering a declamatory style of operatic dramaturgy, rapidly developed a keen sense for theatrical storytelling and a grasp for the fashions of his time. In some ways, he is himself from the start, writing less in a mode of entertainment than of profound exploration — in the tradition of Mozart’s collaborations with Lorenzo Da Ponte, like “Don Giovanni,” and of Beethoven’s fiercely political “Fidelio.”

Mozart especially looms over “Die Feen,” composed when Wagner was 20 years old. It came after he had abandoned an earlier work, “Die Hochzeit,” and after he had rejected a suggestion to compose an opera about the life of the Polish national hero Tadeusz Kosciuszko. He wrote the libretto himself, inspired by Carlo Gozzi’s “La Donna Serpente,” setting a precedent for all of his works.

“I had really become a ‘musician’ and a ‘composer’ and wanted simply to write a decent libretto,” he later recalled, “for now I realized nobody else could do this for me, inasmuch as an opera book is something unique unto itself and cannot be easily brought off by poets and literati.”


“Die Feen” didn’t premiere until 1888, five years after Wagner’s death. So he was spared the pain of the public reception it might have had in his youth. It’s impossible to say what that would have been, but from the perspective of 2022, the opera is, frankly, not very good. And that’s not the fault of Oper Leipzig, which — in a reminder that the performing arts continue to tread carefully under the threat of Covid-19 — put on its production last week with last-minute replacements for not only the two leading roles, but also the conductor.

If anything, the staging, by Renaud Doucet, helps orient viewers with a work they probably don’t know, aided at every turn by the clear and luxurious sound of the Gewandhaus Orchestra in the pit. Doucet’s production is set in the present, at the home of a man who tunes in to a radio broadcast of the opera, which provides a contextualizing introduction. The dreamy action begins to intrude on reality; this evening is as much about discovering “Die Feen” as performing it.


The libretto features the subplots of a Mozart comedy and the Romanticism of Carl Maria von Weber, whose “Der Freischütz” was formative for the young Wagner. Stylistically, the music is indebted to them as well. These arias are designed to open up the inner thoughts of the characters, without the grace that would come in, say, the incidental ruminations of Hans Sachs or the delirium of Tristan.

“Die Feen” is a number opera — far from the “endless melody” Wagner would describe in his 1860s essay “Music of the Future.” And it’s a clumsy one, attempting in the third act to weave aria pauses into a breakneck pace and an abrupt, Orphic turn. Like Wagner’s instrumental works from around that time, it doesn’t need to be taken out of the curio cabinet except for the occasional dusting.

A similar fate shouldn’t befall “Das Liebesverbot,” Wagner’s first staged opera. A loose adaptation of Shakespeare’s “Measure for Measure,” it was mostly met with shrugs at its premiere. But, while still a world from the mature works, it is a skillfully, entertainingly told story with depth and resonance.

The Italianate overture, which begins with a ringing tambourine and festive percussion, isn’t recognizably Wagner. But the opera’s substance is. His librettos were like subtweets; that’s why, Wagner believed, the critic Eduard Hanslick cooled on him after a reading of the text for “Die Meistersinger von Nürnberg,” a cri de coeur against artistic gatekeeping. Here, Wagner’s target is chastity-obsessed conservatism and the bad behavior it breeds.

He would later wrestle with socially unacceptable sensuality in “Tannhäuser” and “Tristan und Isolde,” not without an element of autobiography. Neither of those works, though, is as barbed as “Das Liebesverbot,” which skewers hypocrisy — with crimes and punishment for the #MeToo age — while arguing that morality is a malleable thing on which we can only try to force rigidity.

For close listeners, there are flashes of the future Wagner. And coincidences as well; the line “Es ist ein Mann” recalls its opposite, “Das ist kein Mann!,” which Siegfried exclaims upon discovering the sleeping Brünnhilde in the “Ring.” Early on, when the heroine, the novice Isabella, is introduced with a prayer, the music seems to prefigure “Parsifal.”

Much closer to mature Wagner is “Rienzi,” a sprawling, five-act adaptation of Edward Bulwer-Lytton’s novel about Cola di Rienzo, a 14th-century tragic figure of Italian politics who took on a new importance in nationalistic movements of the 1800s. If “Tannhäuser,” another transitional work, is on unsure ground stylistically, “Rienzi” is even more so: transparently an answer to the grand operas of Giacomo Meyerbeer, yet also contending with a new musical language that would take shape with “Holländer.”

In Leipzig, “Rienzi” was, understandably, presented with extensive cuts. Employing requisite elements of grand opera, like a plot-stopping ballet, the original version ran more than six hours. It was so long, it was later split into two evenings, “Rienzi’s Greatness” and “Rienzi’s Fall,” but reverted to one after audiences responded negatively to paying for multiple tickets.

After cuts, the Oper Leipzig “Rienzi” still lasted a little more than four hours, and unfolded on an expansive scale, despite missing 21 chorus members out with Covid-19. The work is best known today for its overture, a staple in the concert hall and the easiest way to share the music, which otherwise demands a substantial investment for an enormous cast and production, along with a tenor with the stamina to endure a punishing role on the level of Siegfried and Tristan. (Here, Rienzi was fearlessly sung by Stefan Vinke, a veteran Siegfried.)

“Rienzi” speaks as much to the present as its own time, and not just because it includes a scene in which a mob storms a capitol building. As in “Lohengrin,” Wagner interrogates the limits of charisma and the burden of leadership, and begins to deal in the ambiguity and complication that would course through his canonical works. And he does so in an increasingly declamatory rather than melodic mode, never more than in Rienzi’s Act V prayer, “Allmächt’ger Vater.”

The work was a hit when it premiered in Dresden, admired by colleagues and audiences alike. Less well received was “Der Fliegende Holländer,” which debuted at the same theater about two and a half months later and signified an entirely new direction for Wagner — one in which he would call his librettos “poems,” and in which he would bear out his vision of “The Artwork of the Future.”

“The management saw itself compelled to prevent my reputation from being tarnished by putting ‘Rienzi’ back on the boards in short order,” Wagner said in “My Life.” “And now I had to ponder the success of this opera, as well as the failure of the other.”

“Holländer,” as we know, won out. Yet Wagner’s achievements are now accepted wholesale, so there isn’t a need to categorize any of his operas as successes or failures — except, perhaps, for “Die Feen.” The doors of Bayreuth have long been shut to the early, worthy works of its founder. It’s time to open them up.
Site Information Navigation

The trio of rarities reveals an impressionable composer who, before finding a voice of his own, knew how to expertly draw on those he admired;

No mention here of Bellini, whose operas Wagner conducted while Bellini was still alive. A glaring omission, IMHO, in an otherwise informative article. Bellini had an enormous influence on Wagner's early style, especially Rienzi. You can hear echoes of Bellini even in Dutchman throughout the score, and Wagner kept Bellini's trills even in the Ring here and there, along with his bel canto soaring long lines.
Top

Brian I've never seen Rienzi but know and like the music-if only I could find a DVD with captions done in a traditional setting and inexpensive-so far no luck. Regards, Len

Brian I've never seen Rienzi but know and like the music-if only I could find a DVD with captions done in a traditional setting and inexpensive-so far no luck. Regards, Len

I have all three works on CD, of course, but make no apology for preferring later Wagner. I have only so many listening hours, and want to re-enjoy the truly great works. The same is true of Mozart - I have every extant work on CD but listen by far the most to about 60 works that are essential to my spiritual well-being.
Top

Brian talk about mozart I just found out the statue of the commendatore demands you repent! Regards, Len [hiding in in saratoga springs, NY]
Top

Phew! Glad that's directed specifically to Brian. He probably has a lot to repent of.

Barney not only was it a bad attempt at humor-I got the name wrong-still you're not completely out of the woods on this! Regards, Len from lovely Saritoga Springs NY.