I guess that takes him out of the running for the NY Phil job, if he was ever in it or even wanted to be. Too bad, he would have been a good choice.

James Conlon, the versatile New York-born maestro, is returning to Europe for his next podium: he will become the principal conductor of the RAI National Symphony Orchestra in Turin, Italy, in 2016, the orchestra said on Tuesday. The modern RAI National Symphony Orchestra was created in 1994 by the merger of the public radio orchestras of Turin, Rome, Milan and Naples, but its origins go back to 1931. Mr. Conlon will succeed Juraj Valcuha at the orchestra, who succeeded Rafael Frühbeck de Burgos.

Mr. Conlon, 65, conducts all over the world but has deep roots in Europe: in the past he has been the principal conductor of the Paris National Opera, the general music director in Cologne, Germany, and before that the music director of the Rotterdam Philharmonic.

He said that he was looking forward to leading the RAI ensemble. “Over the past five years, I have conducted the orchestra, as a guest, with great pleasure,’’ he said in a statement. “I am enthusiastic at the prospect of collaborating with them on a regular basis.”

Cesare Mazzonis, the artistic director of the RAI Orchestra, said that the ensemble was excited to have lured someone of Mr. Conlon’s stature. “He is talented, sensible, strong and reasonable, and has the ability to communicate with musicians and audiences alike,” he said in a statement. “In James, we have chosen a principal conductor with a solid international standing and vast repertoire, who will continue to advance the orchestra in the coming years.”

Conlon is one of my top favorite conductors. He was trained at Juilliard by Jean Morel, who also taught La Selva, my teacher. Morel was a fine conductor, leading many excellent performances at the MET, and recorded with many MET singers for Columbia records. 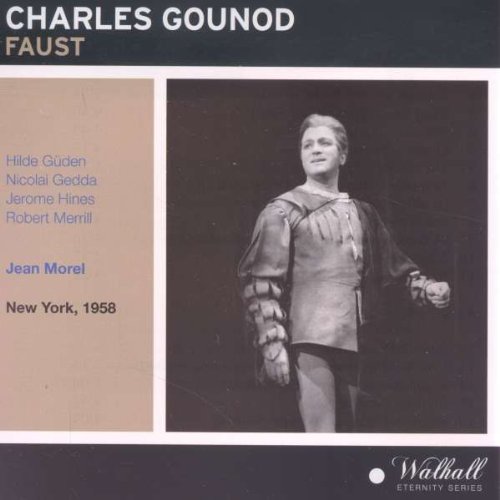 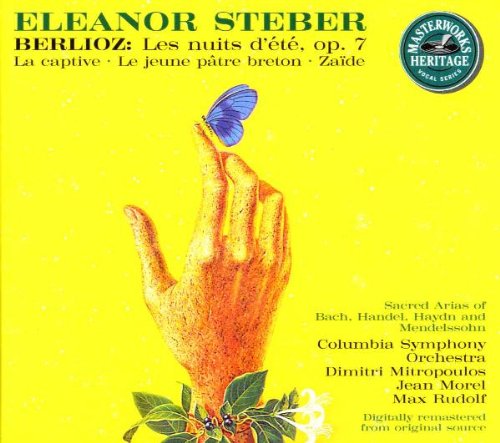 Vastly underrated maestro Conlon should have been made Music Director instead of Gilbert years ago. But he wasn't and now he is going far, far away. Sadly, he missed the gold NYP ring and has apparently ruled himself out this time...Italy's gain is America's loss.

I agree, I've heard some very good things from him. both broadcast tapes and recordings..I can't see why he hasn't been offered a top American position..
Top

stenka razin wrote:Vastly underrated maestro Conlon should have been made Music Director instead of Gilbert years ago. But he wasn't and now he is going far, far away. Sadly, he missed the gold NYP ring and has apparently ruled himself out this time...Italy's gain is America's loss.

I've heard that Conlon didn't really hit it off with the NY Phil players in his guest appearances before Alan Gilbert's appointment, and since the choice of music director was finally left up to them (again!), that was that. Too bad. Maybe that's why he hasn't conducted them since 2007, though whether he wasn't asked or was asked and refused I have no idea.

Recently he's been conducting at the Met, "Lady Macbeth of Mzensk" last season and "A Midsummer Night's Dream" the season before, and I'm glad of that, since I think it's in opera that he really excels. He's my choice to succeed James Levine when and if.
John Francis
Top

About 15 years ago, the scheduled guest conductor for the Philadelphia Orchestra was ill, so Conlon was the substitute for a performance of Mahler 6 (which he conducted without a score). It was superb. I always wondered why Conlon was not considered for the music director post in Philadelphia after Sawallisch stepped down.
Top

And it all started for him, the opera conductor, at the age of 22 with an intervention by Maria Callas. Quite a rapid artistic climb for the child of a non-musical family whose association with classical music only began at the age of 11.
In the eyes of those lovers of perfection, a work is never finished—a word that for them has no sense—but abandoned....(Paul Valéry)
Top

Leonard Bernstein also conducted his first operas in connection with Maria Callas, though not at her instigation: "Medea" and "La Sonnambula" at La Scala in 1953 and 1955, with her singing the soprano leads.
John Francis
Top

Ricordanza wrote:About 15 years ago, the scheduled guest conductor for the Philadelphia Orchestra was ill, so Conlon was the substitute for a performance of Mahler 6 (which he conducted without a score). It was superb. I always wondered why Conlon was not considered for the music director post in Philadelphia after Sawallisch stepped down.

Yes! I was there too, IIRC in Carnegie Hall. Magnificent performance!
Top

Unfortunately, there is no way that James Conlon. a conductor whom I greatly respect, would have even been considered for the New York Philharmonic job. For one thing, at this point, he lacks a major-label recording contract (he used to record for EMI, but has not done so for some time--of course, EMI has now been subsumed under Warner). For another thing, he is too low-key and does not generate enough "buzz," which is the same charge that has been leveled at Alan Gilbert. The reality is that there is no conductor, save possibly Gustavo Dudamel, who could generate such "buzz" in a media environment preoccupied with fake reality shows, women-abusing sports stars, a transsexual Bruce Jenner, and about 5 billion Kardashians.
Top

Your comments apply equally well to Alan Gilbert, who of course did get that job. Very few conductors nowadays have a contract with a major record company calling for a significant number of new recordings to be made annually. As for charisma, you yourself have said it is in short supply nowadays.

Seems to me that the Philharmonic's next conductor will have to meet three requirements. He/she must be willing to accept and work with the extraordinary situation that the orchestra will be homeless for two seasons, with its temporary quarters as yet unknown. He/she must play an active and seemingly enthusiastic role in the orchestra's major fundraising effort for the Geffen Hall renovation. And he/she must have the players' approval - indeed, if the orchestra's administration and board fumble the way they have repeatedly done, he/she must be the players' choice.

From what I've heard, and it may not be right, James Conlon can be prickly, and the orchestra doesn't like him. For whatever reason, he hasn't conducted the Philharmonic since 2007, and he won't be conducting them next season either. It may be that Conlon accepted the Italian Radio position, by no means a plum, when and perhaps because he knew he had no chance in New York.
John Francis
Top
Post Reply
11 posts • Page 1 of 1