The Tower of Babel of performances and recordings of Sergei Rachmaninoff’s music pleases the ear of the music lover today as it has done throughout the 20th century. In that Tower one can easily distinguish the voices of Rachmaninoff’s music’s 'native speakers' – performers who spoke Rachmaninoff’s language, breathed the same air and enjoyed the same autumnal landscapes in childhood. In fact, it is the Tower of its own: looking through the list of Rachmaninoff’s works and the names of Russian and Soviet performers in the Rachmaninoff Collection offered by the legendary label Melodiya on the composer’s 145th anniversary, one can assume just that. To a great surprise of the scholars and amateurs, such a collection has never been assembled previously.

The 'Russian idiom' (if we are to continue with the metaphor) has never been presented in such a massive and powerful way, reaching the 'critical mass' that may lead to important conclusions about the Russian musical style and interpretation in general. The list contains the names of great singers from the generation of Soviet classics such as Irina Arkhipova, Ivan Kozlovsky, Georgy Nelepp, Elena Obraztsova, Mark Reisen, to the most current internationally renowned stars such as Hibla Gerzmava. One can find a smorgasbord of chamber music performed by the exceptional ensembles and individuals such as David Oistrakh, Leonid Kogan, Mstislav Rostropovich, Gidon Kremer and Daniil Shafran. An unusual component in the collection is the recordings of Rachmaninoff’s Russian Orthodox church music – something that was carefully shoved under the rug in Soviet times. The operas are represented by the best that the country could give – and here, for sure, the native Russian diction raises the level of performance to the classical height. And, of course, the poetics of the piano, in which Sergei Rachmaninoff expressed himself in the most unencumbered way, is represented in the Collection by the names that do not need promotion: Sviatoslav Richter, Emil Gilels, Grigory Sokolov, Vladimir Krainev, Alexei Nasedkin, Pavel Serebryakov – the list goes on until it reaches the latest acquisition on the Montparnasse of piano, Dmitry Masleev.

For the connoisseurs, the Collection offers rare examples, many of them previously unreleased by Melodiya, together with those delicious brand-name tube-mic recordings that carry an unrivaled human quality and a tint of nostalgia.

Eugene Ormandy and the Philadelphia Orchestra were Rachmaninoff's chosen conductor and orchestra: the composer's own recordings have been available since they were made in the 1920's and 30's. Ormandy recorded Symphony II four times (Minneapolis, Philadelphia(mono LP), Philadelphia (stereo Columbia) and Philadelphia (stereo RCA). The latter RCA recording was the first reading to open all the cuts that Rachmaninoff agreed to with Ormandy for his earlier interpretations: I've heard both live, and Rachmaninoff was right to authorize the cuts: they make the musical drama much more straightforward and effective, IMHO.

As for the Vespers, a complete version was recorded by the great Russian choir director Alexander Svehnikov during the 1960's and has been available sporadically here in the West: it's a magnificent (a cappella, of course) piece, and well worth one's time. Rachmaninoff's Songs (or Romances) have also been issued here complete. 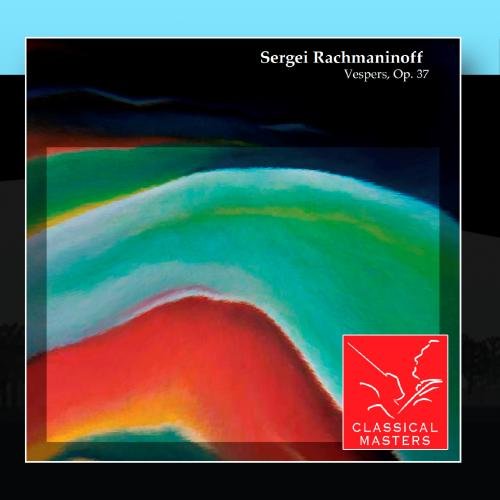 maestrob wrote:Eugene Ormandy and the Philadelphia Orchestra were Rachmaninoff's chosen conductor and orchestra

The Philadelphia Orchestra under Stokowski and Ormandy were RCA Victor's choice for Rachmaninoff's recordings with orchestra, but he often performed with many other orchestras, notably the New York Philharmonic under conductors from Walter Damrosch to Dimitri Mitropoulos (but not Toscanini). Maybe Rachmaninoff did personally prefer the Philadelphia Orchestra - it would be interesting to know.
John Francis
Top

maestrob wrote:Eugene Ormandy and the Philadelphia Orchestra were Rachmaninoff's chosen conductor and orchestra

The Philadelphia Orchestra under Stokowski and Ormandy were RCA Victor's choice for Rachmaninoff's recordings with orchestra, but he often performed with many other orchestras, notably the New York Philharmonic under conductors from Walter Damrosch to Dimitri Mitropoulos (but not Toscanini). Maybe Rachmaninoff did personally prefer the Philadelphia Orchestra - it would be interesting to know.

Well, while it's true that Rachmaninoff (IIRC) made his home in Manhattan (Riverside Drive), but we Philadelphians took pride in knowing that he premiered (Piano Concerto IV, Symphony III and Symphonic Dances) and recorded his compositions in Philadelphia. He also chose to perform with Ormandy/Philadelphia in NY at Carnegie Hall.
Top

And he premiered his 3rd piano concerto with the New York Philharmonic conducted by Mahler. I'm not taking anything away from Philadelphia, my father grew up there at the time those concerto recordings were being made, but I'd like to see Rachmaninoff actually saying he preferred that orchestra and conductor, rather than inferring it from perhaps inconclusive evidence.
John Francis
Top

John F wrote: ↑
Fri Oct 05, 2018 12:26 pm
And he premiered his 3rd piano concerto with the New York Philharmonic conducted by Mahler. I'm not taking anything away from Philadelphia, my father grew up there at the time those concerto recordings were being made, but I'd like to see Rachmaninoff actually saying he preferred that orchestra and conductor, rather than inferring it from perhaps inconclusive evidence.

Oh well, now that's a conundrum. Why would Rachmaninoff say such a thing out loud, and offend nearly everybody? I think his choice of conductor (Ormandy/Stokowski) speaks for itself.
Top

I've found a reference to Rachmaninoff liking Ormandy, but it's in the middle of a hatchet job by Joseph Horowitz and comes from a questionable source, Charles O'Connell's "The Other Side of the Record." But you may consider Horowitz questionable, as he's the author of "Understanding Toscanini." Anyway:

The new Marston 3-CD set “Rachmaninoff Plays Symphonic Dances” – the topic of my previous blog – permits a glimpse of this “real” Rachmaninoff: a supreme instrumentalist more emotionally aroused than the one O’Connell managed to capture in sound. Rachmaninoff’s private rendering of his Symphonic Dances, as recorded by Ormandy (probably without the pianist’s knowledge), is an unprecedented opportunity to eavesdrop on Rachmaninoff performing absent the intrusive self-awareness imposed by RCA’s microphones.

This historic release also suggests another impediment to hearing the real Rachmaninoff: Eugene Ormandy himself.

Of the repertoire Rachmaninoff happened to record, only one extended composition embeds the searing nostalgia that was the expressive keynote of this great artist. That is the Piano Concerto No. 3. His 1939-40 recording, with Ormandy, is a dry run. The concerto’s lachrymose intensity is missing.

That it did not have to be is proven by Rachmaninoff’s 1929 recording of a less emotionally fraught composition: the Piano Concerto No. 2. The difference is the conductor, Ormandy’s irreplaceable predecessor in Philadelphia: Leopold Stokowski.

Ormandy’s recorded accompaniments to Rachmaninoff’s First, Second, and Fourth Piano Concertos are merely supportive: they give the soloist nothing to work with. (My pianist friend George Vatchnadze, describing the Rachmaninoff-Ormandy relationship, calls Ormandy a “puppy” and a “servant” — apt adjectives.) Stokowski’s accompaniment to the Second Concerto is unique. The signature lava flow of his magnificent Philadelphia strings is not only memorably ravishing; it is acutely calibrated in dialogue with the composer/pianist. It is not for nothing that Rachmaninoff called Stokowski’s Philadelphia Orchestra the greatest orchestra that had ever existed.

If you want to hear what I’m talking about, listen first to the passage from the First Concerto that Vladimir Horowitz once identified as the only instance of RCA adequately conveying Rachmaninoff’s art. This is the piano solo beginning at 12:52. And observe how the intrusion of Ormandy’s generic accompaniment cancels the abandon of Rachmaninoff’s playing, with its untethered rubatos and magically layered dynamics.

Now Stokowski – try the coda to the first movement of the Second Concerto, beginning at 8:45. You’ll hear pianist and conductor immersed in an inspired dialogue: two exemplary instruments of musical expression – Stokowski’s orchestra and Rachmaninoff’s Steinway – feed one another.

It is hardly surprising that once Ormandy took over, Stokowski did not guest-conduct in Philadelphia for more than two decades. Or that Stokowski, when passing through Philadelphia by train, would invariably lower the window shade.

How is it possible that Eugene Ormandy could have succeeded Leopold Stokowski? Both O’Connell and Arthur Judson, classical music’s supreme powerbroker, played decisive roles (O’Connell, in his book, testifies that Ormandy looked upon Judson “as on a father”). This choice — coinciding with refugee conductors of world stature looking for work in the US (Kleiber, Klemperer, etc.) — is one of the most parochial blunders in the institutional history of classical music in America.

And how is it possible that Rachmaninoff chose to record with Ormandy? According to O’Connell, “he preferred Ormandy to anyone, though he collaborated successfully and in the most friendly fashion with Stokowski.”

But O’Connell held Ormandy in exaggerated esteem. And I read in Richard Taruskin’s copious note for the new Marston release that Rachmaninoff, his longtime loyalty to Philadelphia notwithstanding, didn’t care for Ormandy’s reading of the Symphonic Dances — his preferred conductor for that work (other than himself) being Dmitri Mitopoulos. The Marston set includes a scorching New York Philharmonic Symphonic Dances led by Mitropoulos in live performance in 1942.

Another annotation for the new Marston release, by the producers, reports that Rachmaninoff’s preferred interpreters included Stokowski, Mitropoulos, and Willem Mengelberg – an informative list. These were sui generis conductors who never played by the rules. And, however constrained he may have been in the presence of Charles O’Connell and Eugene Ormandy – neither did Sergei Rachmaninoff.

That said, I still consider Ormandy's Symphonic Dances my benchmark recording. Also, Stokowski made a recording of Symphony III for EMI late in his career, which bends the rules quite too much for my ears: I still prefer Ormandy, but that's my taste.

Stokowski did return to Philadephia and record his arrangement of music from Tristan & Isolde in the early 1960's, and the orchestra plays for him at the highest level: it's one of my favorite recordings of all time.
Last edited by maestrob on Sat Oct 06, 2018 1:21 pm, edited 1 time in total.
Top

Perhaps of little relevance, but I believe it was reported that Vladimir Horowitz insisted on Ormandy conducting the NYPO on the TV broadcast of the Rach 3 in NYC they did ca. 1976 ?
Top

Rach3 wrote: ↑
Sat Oct 06, 2018 1:04 pm
Perhaps of little relevance, but I believe it was reported that Vladimir Horowitz insisted on Ormandy conducting the NYPO on the TV broadcast of the Rach 3 in NYC they did ca. 1976 ?

Yes, that's true. Horowitz also insisted on no rehearsal with the orchestra before the concert, IIRC, and it shows in their rough, scrappy playing. Horowitz had terrible nerves at that point in his career, and he flubbed quite a few passages, which meant that retakes had to be done with the orchestra so that the concert could be released on CD.
Top