A Tenor Offers a Subtle Model of Adventurousness

A Tenor Offers a Subtle Model of Adventurousness 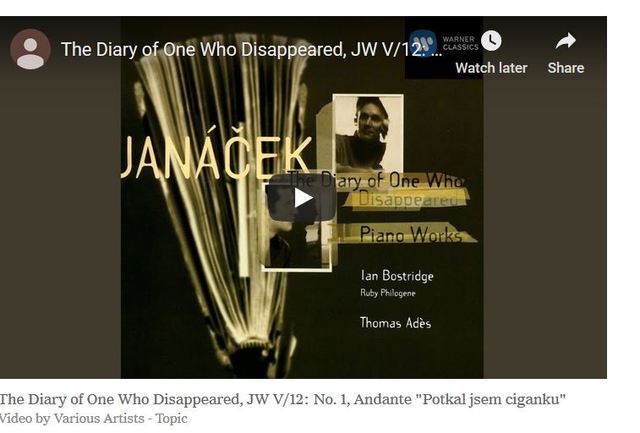 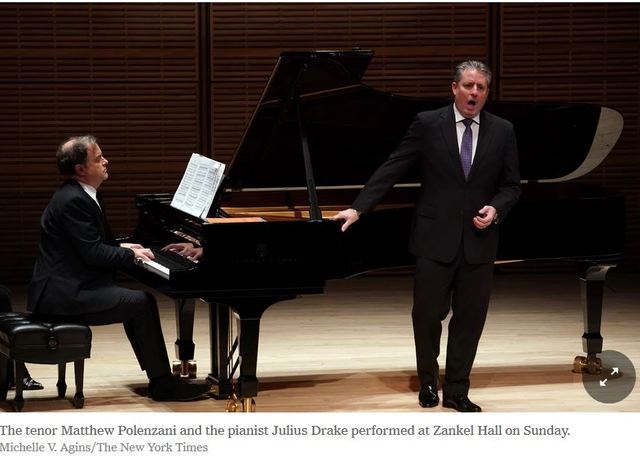 Review: A Tenor Offers a Subtle Model of Adventurousness

A young farmer meets a girl with black eyes as deep as the sea, and can’t stop thinking of her. Noticing the young woman nearby as he plows a field, he worries his oxen will see how rattled he is.

They make love. She becomes pregnant. Though he’s anguished over leaving his family and home, he bows to fate and goes off with her.

This could be the stark plot of an opera by Janacek, who was drawn to tales of peasants sundered by desire. It’s also the narrative thread of that composer’s pathbreaking, emotionally raw song cycle “The Diary of One Who Disappeared.” The tenor Matthew Polenzani devoted the second half of a remarkable recital on Sunday at Zankel Hall to a fervently sung performance of the 35-minute work, accompanied by the pianist Julius Drake.


Completed in 1920, “Diary” is seldom heard, though the Brooklyn Academy of Music will present Ivo van Hove’s production of the work in April. The score is an unusual hybrid of a song cycle (settings of 22 poems by Josef Kalda) and a quasi-opera for two characters: Jan, the smitten young man, and Zefka, the willful Romany girl (a mezzo-soprano who appears during an episode that could be an operatic seduction scene). Three female singers relate turns in the drama, like a Greek chorus.

As in his powerful operas, Janacek is fixated in this cycle on setting the words to music that reflects the contours, sounds and rhythms of the Czech language. Still, for all their naturalism, the vocal lines also achieve agitated, plaintive lyricism. The piano sometimes steps back to provide bare harmonic support. Mostly, though, the instrument engages the vocal lines, shifting from moments of folkloric melody to passages of disorienting sonorities, or to stretches that become obsessed with a strange repeated riff.

Mr. Polenzani brought baffled tenderness to the opening songs, in which Jan is distressed by his longing. But he sang with piercing intensity and terror during the cycle’s tumultuous episodes, when Jan becomes unhinged. The mezzo-soprano Jennifer Johnson Cano, fresh from her performance on Friday as Meg Page in Verdi’s “Falstaff” at the Metropolitan Opera, brought rich sound and coolly seductive allure to the songs in which Zefka appears.

Kathleen O’Mara, Marie Engle and Megan Esther Grey, performing from an upper balcony near the stage, sang the music of the mysterious chorus. Mr. Drake played commandingly, including a piano solo depicting the consummation of this impulsive love — fitful music of hurtling chords and steely harmonies.

To offer a quite different take on Romany life, Ms. Cano also performed Brahms’s appealing “Zigeunerlieder,” evocations of what was widely thought to be “Gypsy” music — though all Brahms knew of the style were the fluffy approximations played at the time in Viennese cafes. In the first half, Mr. Polenzani offered sensitive, deeply focused performances of six Schubert songs, followed by a nuanced yet forthright account of Beethoven’s song cycle “An die Ferne Geliebte.” While none of the music was written more recently than a hundred years ago, this program felt like a subtle model of artistic adventurousness.

Users browsing this forum: No registered users and 30 guests