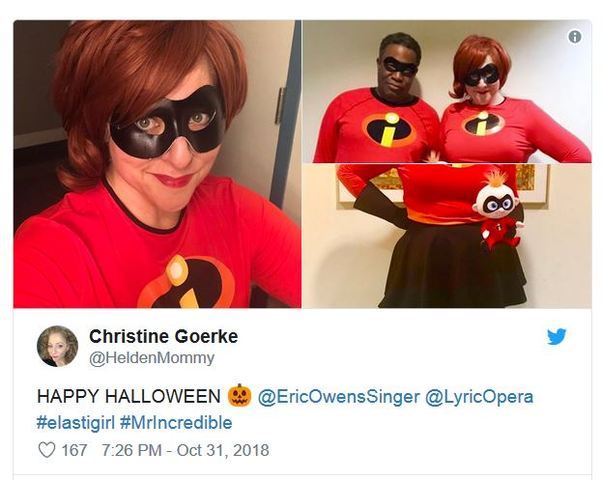 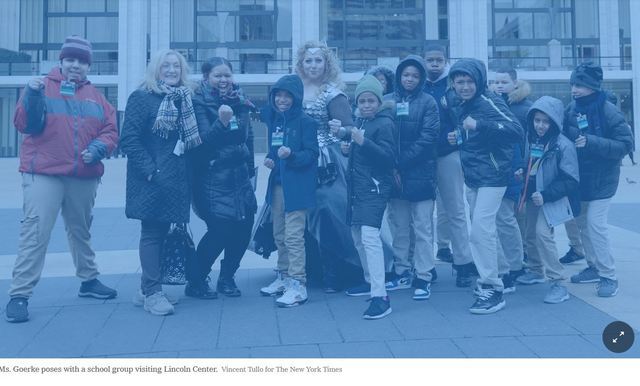 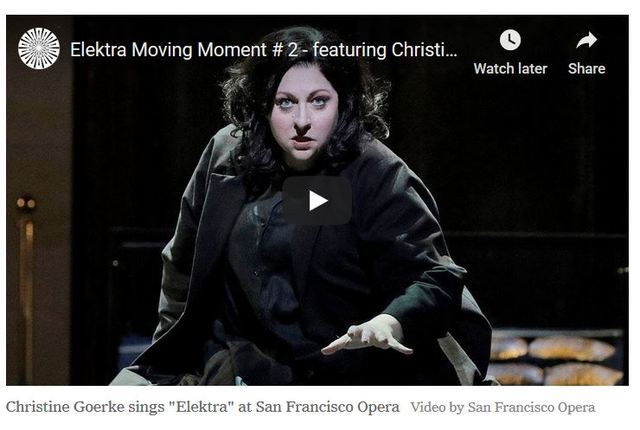 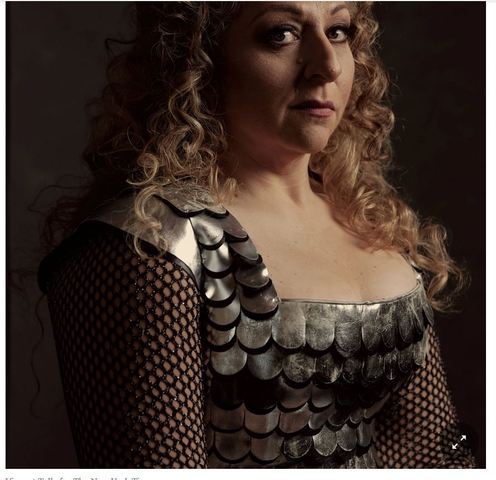 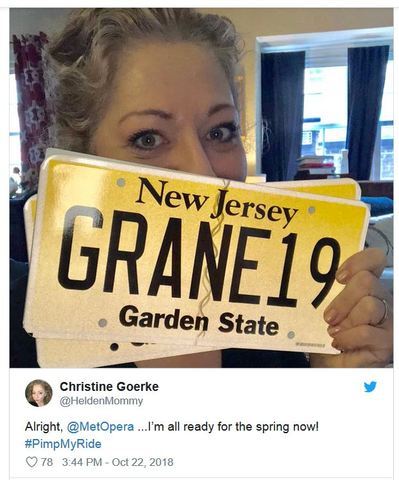 Christine Goerke, who is getting ready to join the long, storied line of Brünnhildes who have scaled Wagner’s epic “Ring” cycle at the Metropolitan Opera, walked into Valhalla.

No, not the majestic castle in the sky where her character, a Valkyrie warrior, brings slain heroes to serve her father, the mighty god Wotan. This Valhalla is a bar in Hell’s Kitchen, a few blocks south of the Met, that bills itself as “craft beer heaven.”

“I’m going to be a total jerk and have sparkling water,” Ms. Goerke said at the bar, bowing to the coming marathon she faces in rehearsing and performing one of the toughest assignments in opera: her first complete “Ring” cycle, a sprawling 17-hour, four-opera saga of gods, dwarfs, giants and humans that she will star in between March 25 and May 11. “But on May 12, I’m getting so drunk — having all of the things.”

It’s a triumphant return to the opera house where Ms. Goerke trained as an insecure young artist in the 1990s. When she sang the small role of the Third Norn in “Götterdämmerung,” the fourth “Ring” opera, at the Met in 2000, she recalled, she would linger in the wings after her exit, watching the soprano singing Brünnhilde and thinking: “Some day.”

Now that day is here.


“I think if you talk to anyone who’s ever been a young artist in any house, it’s always hard to come back and feel like a grown-up,” Ms. Goerke said over her seltzer, remembering her young fears that she had not trained at the fanciest conservatories. “I’m going to be 50, and I still feel like I’m 24.”

“But then you wander out to get a cup of coffee,” she added, “and you go across the street and there’s a gigantic banner of yourself hanging on the side of the building — which is beyond freaky.”

Raised on Long Island, Ms. Goerke overcame her self-doubt to achieve success singing Mozart and Handel. Then catastrophe struck, in the form of a vocal crisis that nearly led her to quit opera.

The problem, she found, was that her voice had grown too large for the roles she had been singing. She slowed down, retrained, and re-emerged, against the odds, as one of the leading dramatic sopranos in the world — singing the heavy, nearly impossible-to-cast Wagnerian parts that she sometimes calls “the ‘spear and magic helmet’ ladies,” borrowing a line from the classic Bugs Bunny “Kill the Wabbit” parody.


“People can’t get over the sheer power of the voice — and I don’t mean only the volume,” said Alexander Neef, the general director of the Canadian Opera Company in Toronto, where she sang her first staged Brünnhildes. “It’s the communicative power. It’s not only that she hits all the notes and she hits them powerfully. It’s that there’s always an element of storytelling that really allows her to connect with the audience.”


Great Wagnerian sopranos are few and far between. Only one or two may emerge each generation with the power to be heard over some of the largest orchestras in all of opera without amplification, the precision to hit the high notes, and the artistry to break your heart. Ms. Goerke’s success has been big news in the opera world, which is usually grateful for singers who can merely get through such parts relatively unscathed. And the Met “Ring” will be her biggest test yet.

A larger-than-life personality with an irreverent streak — imagine a cross between the great Swedish soprano Birgit Nilsson and Tina Fey — she works hard and plays hard. While singing Brünnhilde last fall in Wagner’s “Siegfried” at the Lyric Opera of Chicago, she and her Wotan, the bass-baritone Eric Owens, dressed up for Halloween as the animated superheros of “The Incredibles.”

Last month, while starring at the Canadian Opera Company in the title role of Strauss’s “Elektra” — a princess obsessed with avenging the murder of her father — Ms. Goerke gamely joined an online video lip-syncing contest, known as the Dubsmash challenge, between her Toronto colleagues and the cast of another “Elektra” running at the same time in Chicago. Her song? “Daddy’s Girl.”

Some find it all a bit much. Others see it as a welcome antidote to opera’s reputation for being elitist or snobby.

“I got into it with one of my colleagues a little bit, who was like, ‘I feel like that’s dumbing down things,’” Ms. Goerke recalled. “And I was like, ‘I think it’s fun.’ And you know, it’s not 1945, and things are different. People are always trying to talk about how to make opera more accessible. And I feel like the way to make it more accessible is to let folks know that it is accessible. It’s not the thing that’s stuffy, and for your grandparents.”


In person Ms. Goerke comes across as warm, funny and unpretentious — the kind of diva you would like to get a beer, or sparkling water, with. And her unusually frank, often humorous social media accounts offer glimpses into what it’s really like to be a 21st century opera star, which rarely bears much resemblance to popular pearls-and-furs prima donna stereotypes. Sometimes she shares her hacks for life on the road: She travels with her own spices to cut the expense of stocking a kitchen in each new city, and always packs a supply of stick-on hooks that allow her to rig curtains in rental apartments lacking blinds.

And she occasionally shares details of her home life in New Jersey, where she lives with her husband, who works in construction, and their daughters, who are 9 and 12. (Her Twitter biography describes her as a “Dramatic Soprano and Soccer Mom...not necessarily in that order.”) In a burst of enthusiasm for her first “Ring,” she recently got vanity license plates for her 2004 Honda Element with 130,000 miles on it: GRANE19, after Brünnhilde’s trusty horse, Grane.

Brünnhilde is, in many ways, the hero of the “Ring.” She defies the gods, falls in love with a heroic dragon-slayer and ultimately redeems the world through love before immolating herself. She appears in the final three of the cycle’s four operas — “Die Walküre,” “Siegfried” and “Götterdämmerung” — and although Ms. Goerke has sung them each individually, this will be her first time performing them together in complete cycles, as Wagner intended.

“Ring” cycles tend to draw Wagner fans from around the world, who can be as obsessive as Deadheads. This one will likely draw plenty of critics, who will be measuring her performance against the legendary Brünnhildes of the past, as well as some of her old friends from Patchogue-Medford High School on Long Island, where she once played in the band. All will be listening to hear whether Ms. Goerke lives up to her potential.

She has surpassed expectations before. Patrick Summers, the artistic and music director of the Houston Grand Opera, conducted some of her earliest successes in Mozart and Handel. He remembered how devastated she was 15 years ago when those of kinds of roles were no longer comfortable for her.

Her decision to reinvent herself was initially met with skepticism: When Mr. Summers cast her in Wagner’s “Lohengrin” in Houston in 2009, he recalled, “I had some of my colleagues tell me it was crazy to think such a thing.” But she triumphed, and he invited her back — as Brünnhilde.

“She so connects to Brünnhilde, because she’s a warrior herself,” he said.

Andris Nelsons, who conducted her in breakout performances of Strauss’s “Elektra” at the Royal Opera House in London and with the Boston Symphony Orchestra (including at a searing Carnegie Hall performance in 2015), said he was awed by her ability to sing with power, but also with chamber-music-like intimacy — and by her dramatic intensity.

Mr. Neef said that Ms. Goerke was the only singer he had ever cast based on a video — after watching a recording of an “Elektra” she had sung in Madrid in 2011. “I went into my artistic administrator’s office, and said you have to hire Christine for all three Brünnhildes right away,” he said. “Because if we wait, other people will figure it out, too.”

They did. When Peter Gelb, the Met’s general manager, heard the frenzied ovation after Ms. Goerke sang the Dyer’s Wife in Strauss’s “Die Frau Ohne Schatten” staged there in 2013, he immediately offered her this season’s “Ring.”

It is as formidable an assignment as opera offers, yet as she unwound at Valhalla — the bar, that is — she was already thinking about what comes next: She is studying the score of Wagner’s “Tristan und Isolde,” perhaps the only work that matches the “Ring” in its demands on its lead singers.

“That’s my Everest at the moment,” Ms. Goerke said.

Users browsing this forum: No registered users and 27 guests