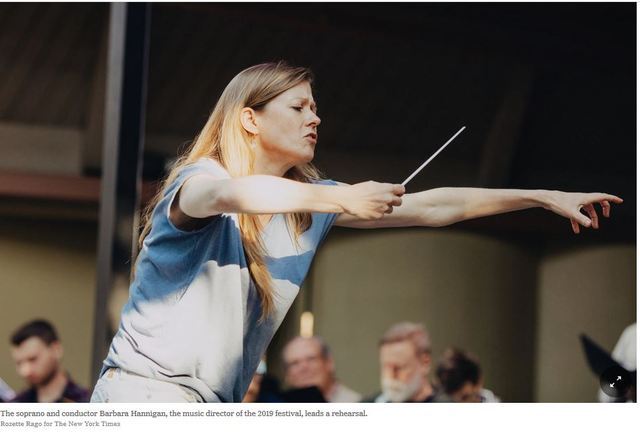 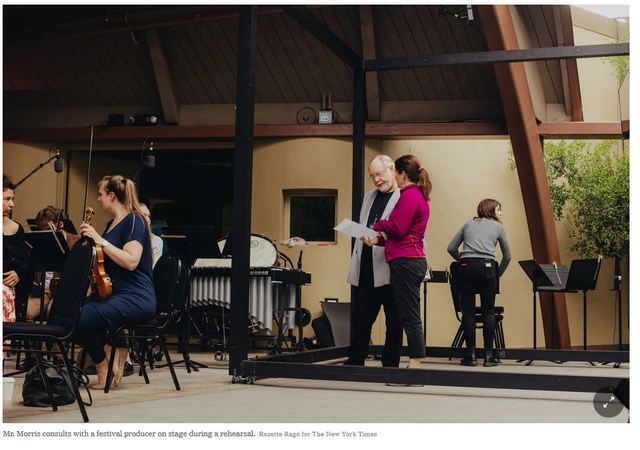 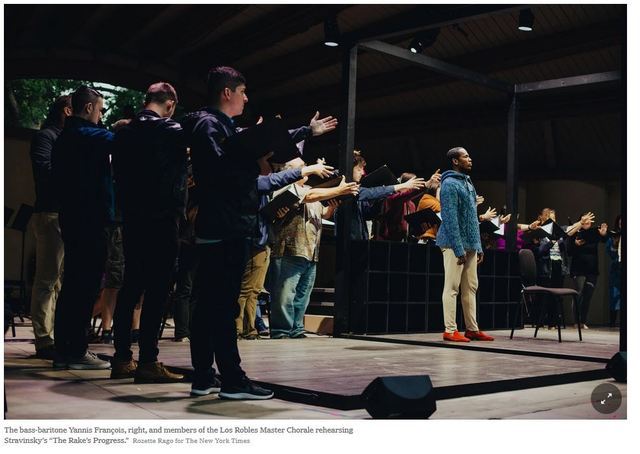 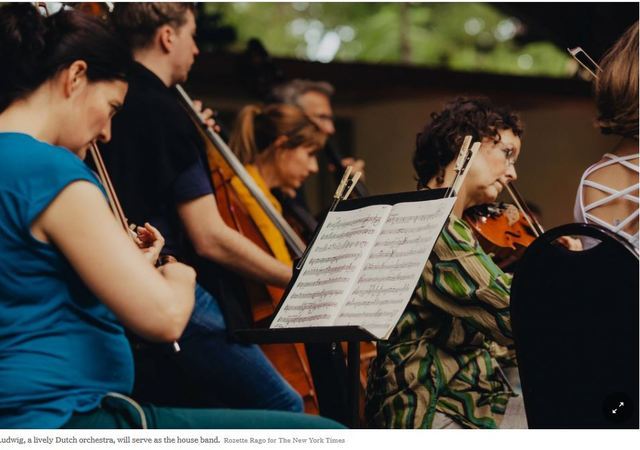 Thomas W. Morris, the artistic director of the Ojai Music Festival, is leaving after an acclaimed and influential run of 16 years.

The Ojai Valley Wesleyan Church here, to be exact. There wasn’t a service going on, but it ended up being something of a religious experience nevertheless.

The pianist Stephen Gosling and the soprano Barbara Hannigan were there rehearsing John Zorn’s “Jumalattaret,” a recent song cycle inspired by the mythical characters of the Finnish epic “Kalevala.” Sitting in a pew, Mr. Morris followed along with the remarkable score on his laptop, smiling and occasionally shaking his head in astonishment.

The piece has all the dizzying intricacy and sudden bursts of ferocity that Mr. Zorn is known for. In a program note, Ms. Hannigan — the music director of this year’s festival, beginning Thursday, who planned the proceedings with Mr. Morris — wrote that she long thought “Jumalattaret” was unsingable.


But there are also passages of tenderness and gentle simplicity, like a folk hymn or a Chopin lullaby, that, coming from this composer, are as shocking as the wild parts.

“That,” Mr. Morris said as he emerged from the church into the sun, a little dazed, “was not what I expected.”

It was the reaction that Mr. Morris, 75, who is leaving Ojai after an acclaimed and influential 16-year run, has tried to draw from the festival’s audience since he became artistic director in 2004. Under his watch, the event has grown broader-minded and more surprising, reflecting his own endlessly curious approach to music.

“He lives by John Cage’s words: ‘Keep your ears open,’” said the pianist Leif Ove Andsnes, the music director in 2012. “He can be very clear about what he likes and what he doesn’t like. But there is always an openness.”


In the constantly expanding universe of arts festivals, Ojai remains unique in its mixture of informality and rigor, relaxation and urgency. “When you just have three or four days,” Mr. Morris said, “every second counts.”


Condensed into a single long weekend and with a budget of $2 million, each year brings a new music director to remake things in his or her — or their, in the case of the ensemble Eighth Blackbird in 2009 — image. This has conditioned listeners not to be steeled for, but to eagerly embrace, unfamiliar and challenging work.

“The only thing I thought after the festival,” Mr. Andsnes said, “was that if I’d known how hungry this audience was for the unusual, that that is what this audience is mainly craving, I might have dared to be even more exploratory.”

Mr. Morris was perhaps not the likeliest choice when he was hired: He came from the staid world of symphonic administration, leading the Boston Symphony Orchestra and then the Cleveland Orchestra. But he was, and remains, a performing percussionist, and developed close relationships with composers like Pierre Boulez and Oliver Knussen; musicians trusted him.

He inherited a festival that, while beloved and valuable, had settled into a kind of routine, albeit an unusual one for its focus on formidable modern works by the likes of Boulez and Olivier Messiaen. Ojai was considered a little insular and Eurocentric; its music directors were frequently conductors, and they’d come back for return stints, again and again. (Boulez served seven times.)


If high modernism could be cozy, this was it.

Mr. Morris’s aim was to air out the festival, freshening its offerings and increasing its scope and impact. That involved increasing its length, however modestly: Adding Thursday evenings to the annual weekend caused a stir.


So did some of his early festivals. The 2006 iteration, planned with the conductor Robert Spano and heavy on the work of the composer Osvaldo Golijov, was a breakthrough. Here, finally, was a clear new course in terms of repertory, but it angered some Boulezians who didn’t think Golijov belonged at Ojai.

“The old guard hated it,” Mr. Morris said, with pride.

When Eighth Blackbird directed the festival in 2009, he added, “the die was cast,” with the infusion of music by young — or at least younger — American composers like Steven Mackey and Derek Bermel. From then, the festivals became ever more immersive and sprawling. (The schedule could tip from teeming into punishing.) A choreographer (Mark Morris), a violinist (Patricia Kopatchinskaja) and several pianists became music directors.

Concerts moved beyond their traditional home, the 1000-seat outdoor Libbey Bowl, into Libbey Park and elsewhere in Ojai. The stage director Peter Sellars’s festival, in 2016, even ventured outside city limits, closing with a street party in nearby Santa Paula. The following summer, Vijay Iyer, the composer and pianist, introduced the richness of the blurry line between jazz and classical styles, with eminent artists, like Muhal Richard Abrams and George Lewis, who hadn’t had a place at Ojai.


“The range of what is possible for music now, and what classical music will be in the future,” Mr. Sellars said, “is just so different than the past, and I think Tom’s choices of music director reflect that.”

This year’s festival is a showcase for Ms. Hannigan, who has a burgeoning conducting career on top of her singing work, as well as a new mentoring initiative for young artists. They will be featured throughout the weekend, including in a staging of “The Rake’s Progress” by Igor Stravinsky — an Ojai fixture when he lived in Los Angeles, 80 miles southeast, and the music director in 1955 and 1956.

Mr. Morris’s initial plan was to leave two years from now, after the 75th festival. But he decided he didn’t want his exit to distract from that anniversary, and thought it should be planned by the new artistic director, Chad Smith, who will do the job in tandem with his position as programming czar of the adventurous Los Angeles Philharmonic.


Mr. Morris insists he is not retiring. Ojai hasn’t been his only work over the past 16 years; he’s consulted widely, and helped found Spring for Music, the all too short-lived festival that brought American orchestras to Carnegie Hall. There may well be yet more artistic planning in him. But this is still an ending.

“I wouldn’t be honest if it’s not bittersweet,” he said.

There was little time for melancholy, though, in the days leading up to the festival, as he dealt with the snafus that inevitably pop up in a complex artistic enterprise. And, as you’d expect in an outdoor amphitheater, there were endless tweaks of the amplification.

Asked at one point whether the volume was too high for “Quatre Chants,” which rises to fearsome intensity, Mr. Morris grinned.

“It shouldn’t hurt too much,” he said. “But it should hurt a little.”