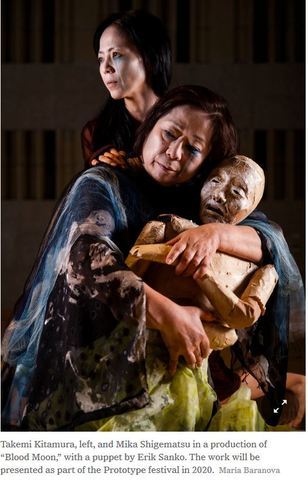 Prototype: Opera/Theater/Now will include the one-act “Ellen West” among six works in its January season.

Prototype, the festival of new work whose ambitions are aptly conveyed by its subtitle, Opera/Theater/Now, has in its seven seasons gained a reputation as a star spotter.

It has brought to New York two pieces that went on to win the Pulitzer Prize for Music: Du Yun’s “Angel’s Bone” and, this year, Ellen Reid’s “prism.” (Both those works were produced by Beth Morrison Projects, which presents Prototype with HERE, the arts center in SoHo.)

So audiences will be watching carefully to see if awards recognition might be in the future for the six works that will be shown in Prototype’s eighth season, which will run Jan. 9-18 at theaters throughout Manhattan and was announced on Wednesday.

The characteristic Prototype work is short in length and grim in subject matter. Last year’s festival revolved around presentations “of almost cataclysmic suffering, the kind of pain that lingers without reason or resolution,” I wrote in a New York Times review.


The 2020 installment may well follow in that tradition. One featured work, a New York City premiere, is the composer Ricky Ian Gordon and the poet Frank Bidart’s one-act “Ellen West,” based on accounts of an early psychoanalytic patient. The cast features the soprano Kiera Duffy (the star of “Breaking the Waves,” seen at Prototype in 2017) and the baritone Nathan Gunn; Emma Griffin directs, and Lidiya Yankovskaya is the music director.

The other presentations include: “Blood Moon,” with a libretto by Ellen McLaughlin and a score, by Garrett Fisher, inspired by the Japanese percussion style taiko; “Magdalene,” a setting of Marie Howe poems scored by 13 women; “Iron & Coal,” composed by Jeremy Schonfeld and based on his father’s Holocaust memoir; “Cion: Requiem of Ravel’s ‘Boléro,’” organized by the South African choreographer Gregory Vuyani Maqoma; and “REV. 23,” with a score by Julian Wachner, the director of music and the arts at Trinity Wall Street, and a libretto by Cerise Lim Jacobs.

Users browsing this forum: No registered users and 93 guests