Sunday Matinees Early Success Orfeo Performance Not So Much

Sunday Matinees Early Success Orfeo Performance Not So Much 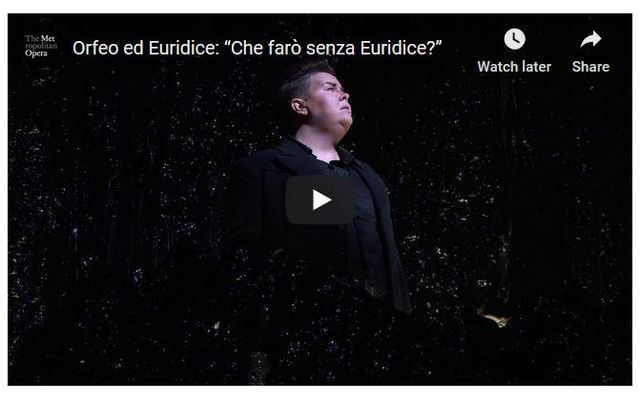 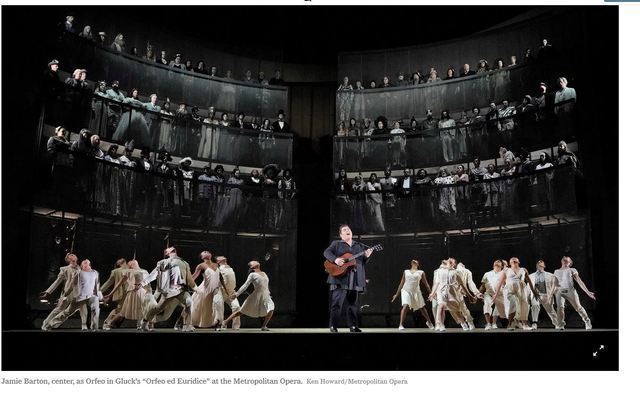 The Metropolitan Opera’s introduction of Sunday matinees this season already seems to be popular with audiences. The company reports that, so far, single-ticket sales for these matinees have been higher than those for performances on any other day of the week. And the house looked nearly full on Sunday for Gluck’s “Orfeo ed Euridice.”

Yet the Met has long been used to getting a welcome day off after the heavy lift of two performances every Saturday. Under the new schedule, the company presented four operas from Friday evening to Sunday afternoon — which may be why this revival of Mark Morris’s 2007 choreographed “Orfeo” took a while to gain energy and focus.

The excellent British conductor Mark Wigglesworth, best known for his work with the English National Opera in London, drew out the warmth and refinement of Gluck’s score. But the Met Orchestra’s playing lacked precision and crispness, especially during the bustling overture, which sounded somewhat wan and limp.

The mezzo-soprano Jamie Barton, who last appeared at the Met this year as a gripping Fricka in Wagner’s “Ring,” sang her first Orfeo (as well as her first trouser role and first title role, as she playfully pointed out on Twitter). Her plush, melting voice was ideal for the music. But her singing, especially in the opening scenes, lacked bite and intensity.


In Gluck’s 1762 version of the often-told myth, Orfeo first appears at the fresh grave of his wife, Euridice, as nymphs and shepherds lament her death in somber choral phrases. Orfeo can summon only the strength to sing aching iterations of Euridice’s name. As Gluck put it, he was striving for a “noble simplicity.” But then Orfeo breaks into searing expressions of inconsolable grief, and bitterly bemoans the cruelty of the gods. Ms. Barton seemed to be holding back, conveying the music’s eloquence but not its anguish.

Even the reliably excellent Met chorus sounded a little unfocused and underpowered, which dampened the charms of Mr. Morris’s production. In this choreographed staging, members of the Mark Morris Dance Group dynamically portray the nymphs and shepherds and, later, the furies and ghosts at the gates of Hades, and the contented inhabitants of Elysium. The chorus members, costumed (by Isaac Mizrahi) as a gallery of historical figures — including Cleopatra, Henry VIII, Lincoln and Liberace — look down from the rising, curved tiers of Allen Moyer’s set, becoming both witnesses to, and participants in, this love story.

The performance seemed to awaken once the god of love, Amore, here the bright-voiced soprano Hera Hyesang Park, arrived: Winged and wearing a peach-colored shirt, floppy pants and sneakers, she descended (on wires) from the heavens. In her vibrant singing and sassy manner, Ms. Park brought a touch of jaded exuberance to the proceedings: This Amore admits to being baffled by the romantic entanglements of mortals.

Ms. Barton responded to Ms. Park’s performance with much more emphatic singing. As her voice settled in, she gained confidence and took more risks. You basked in the sheer richness of her sound. And she held the stage, endearing as Orfeo. As an artist who has talked openly about her struggles with dieting and has advocated that singers of all body types perform opera, she put her point into action.


The veteran soprano Hei-Kyung Hong, who made her Met debut in 1984, was a winning Euridice. Though there were moments of patchy tone and shaky pitch in her singing, the radiance of her voice came through. She sang with a vigor and clarity that brought out the best from Ms. Barton.

During the final celebration of the reunion of Orfeo and Euridice, the Mark Morris ensemble took over the show with a suite of joyous dances. The orchestra responded with its most crisp and animated playing.