The Met’s ‘Figaro’ Looks Darker Than It Feels

The Met’s ‘Figaro’ Looks Darker Than It Feels 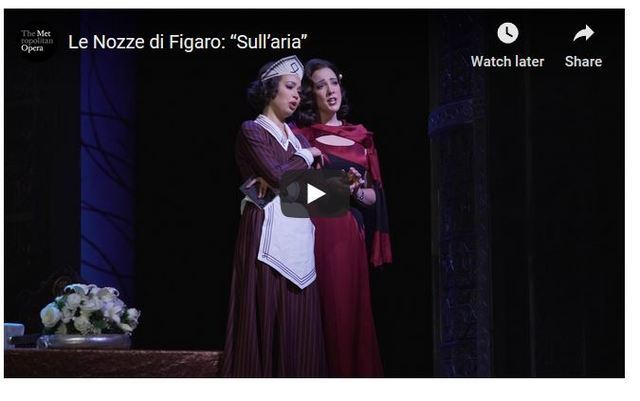 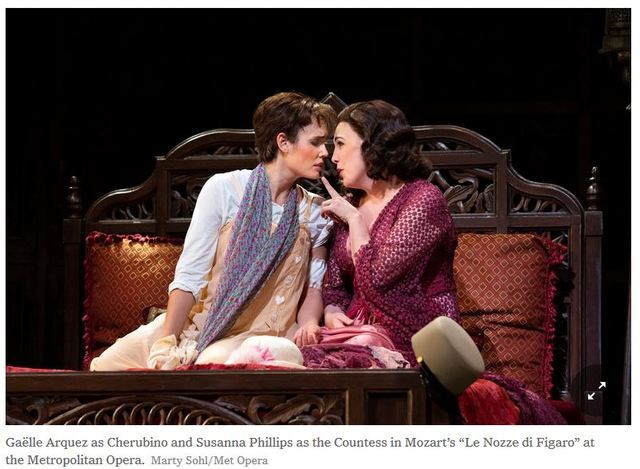 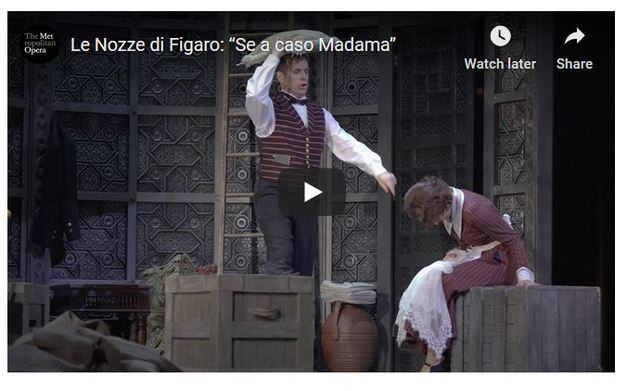 Review: The Met’s ‘Figaro’ Looks Darker Than It Feels

Mr. Eyre’s staging reset the opera in 1930s Spain and located it in a mansion of ominously looming cylindrical rooms, constructed of heavy Moorish woodwork. Here, you thought at first glance, was a take on “Figaro” that would emphasize the oppression of the feudal system that burdens its characters and motivates their anxious farce.

But it quickly became clear — both when it was new and when an amiable revival opened on Saturday afternoon — that Mr. Eyre’s take was pretty toothless. This is the same old “Figaro,” perhaps even milder than usual, just with those overbearing sets and wanly slinky costumes, inspired by the chic black-and-white photographs of Jacques-Henri Lartigue.


Making his Met debut, the conductor Antonello Manacorda led an easygoing performance that was something of a middle ground between the brisk, spiky Mozart renditions favored these days by early-music groups and the weightier, smoother takes on this composer that still reign at bigger opera houses.

The orchestral textures on Saturday were, indeed, polished rather than prickly, and Mr. Manacorda valued long legato lines over moment-by-moment intensity or daring speed; the performance felt like it moved along at a steady state of mezzo forte.

But his work cohered and charmed. So did the confidently smiling Cherubino of the mezzo-soprano Gaëlle Arquez, also making her company debut, with a lithe, silky voice that vibrated with liveliness at the edges. And so did the patiently unfolding Figaro of the bass-baritone Luca Pisaroni, his voice rich and graceful but his urgency muted until a burning “Aprite un po’ quegl’occhi” in the final act.

The bass-baritone Adam Plachetka was a robust, if sometimes gruff, Count Almaviva, though his interpolations to the aria “Vedro mentr’io sospiro” got away from him in its final section. As the Countess, the soprano Susanna Phillips, too, put ornamentation in “Dove sono” that felt imposed on the music rather than an organic outgrowth of line or feeling.

But Ms. Phillips acted with a delicate combination of pluck and reserve; she was plausible as a woman who both resists the status quo and, eventually, accedes to it. She and the soprano Nadine Sierra (a game Susanna) both have gentle, slender voices that blend easily into ensembles, Ms. Phillips’s tone a bit more pointed and Ms. Sierra’s a bit more rounded.

Once a great lyric-tenor hope, Giuseppe Filianoti was an unusually youthful Don Basilio, though it was upsetting to hear a singer who, at 45, should be in his leading-man prime straining in a character role. Brindley Sherratt and Elizabeth Bishop were sturdy as Dr. Bartolo and Marcellina; Meigui Zhang was a poised Barbarina.

This group of singers performs through Dec. 14, and a promising cast — including Anita Hartig, Marianne Crebassa, Hanna-Elisabeth Müller and Mr. Plachetka, this time as Figaro — is featured when the opera returns to the Met in February. But Mr. Eyre’s production will never make a truly sparkling, truly dark “Figaro” easy.