An enjoyable afternoon of opera-I had decided to give up on Stingray Classica before I had to start paying them-there were some operas I really wanted to see but I checked and they were all modern updates-Teatro Real of Madrid showed up more than I would have liked. Anyway this was a traditional production and the singing was pretty good and with the captions Sue and I so like-unfortunately Bruson at 68 was kind of past voice wise but his acting and that of the others was excellent. Regards, Len 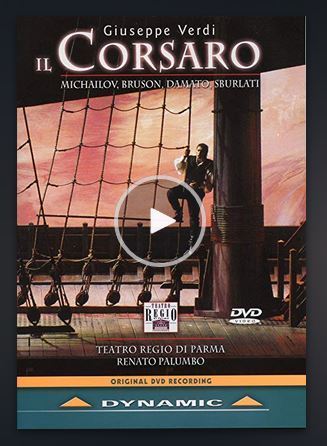 "Il Corsaro is still one of Verdi's less known and performed operas. Chronologically speaking, it belongs to the famous "years in the galley", even though it dates from a period (the autumn of 1848) when the composer's name, in Italy, could already be considered established."
Top
Post Reply
1 post • Page 1 of 1