We were at the Met Museum of Art last week and when I saw the poster I got excited and wanted to buy tickets on the spot--it's during the time we'll be in NYC--then I looked at the prices--kind of high--and that the seats were not reserved-first come first serve-also I don't think there are captions which I like even if the opera is being done in English. I'm not as excited as a result. We saw the opera many years ago at NYCO and I sure would have liked to see it again. Regards, Len


When a Critic Put on the ‘Best of All American Operas’ 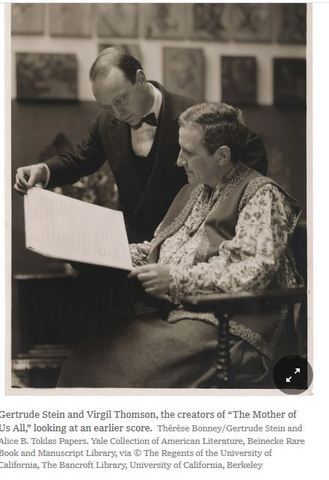 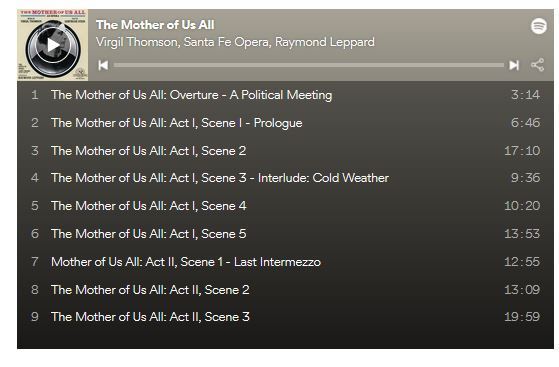 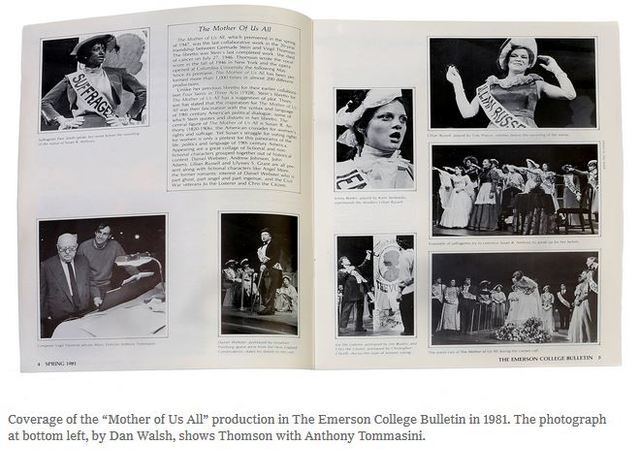 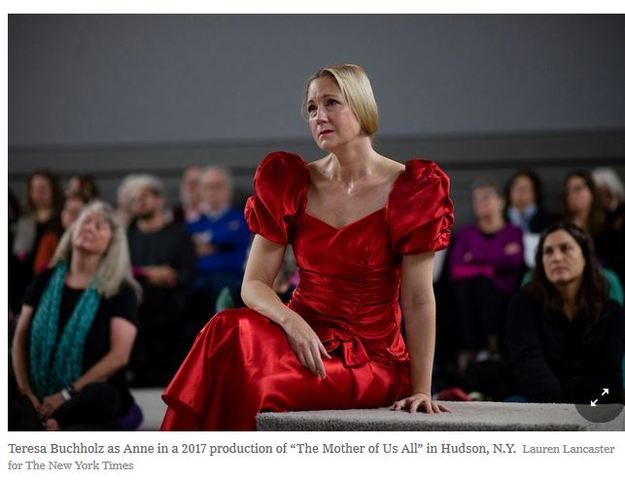 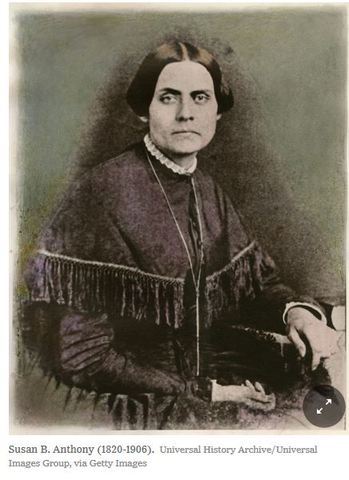 When I taught at Emerson College in Boston in the early 1980s, the school had a thriving musical theater division, but nothing approaching a traditional classical music department. Still, there were gifted singers among the students in my music theory classes, many of whom could barely read music when they arrived. There were also some fine voices in the college chorus that my colleague, the composer Scott Wheeler, directed.

I wanted to showcase these young singers in material that would challenge them. So Scott and I decided to put on an annual opera, choosing works that placed a premium on verbal clarity; in the great tradition of musical theater, these students were naturals at putting words first when they sang. We began with Monteverdi’s “The Coronation of Poppea,” which has long stretches of dramatically charged arioso — a quasi-melodic style that requires crisp delivery of the text. Trimmed and performed in English translation, this tale of sexual intrigue and ruthless ambition proved a great fit.

Our next choice was riskier but, we thought, potentially exciting: Virgil Thomson’s opera “The Mother of Us All,” with a libretto by Gertrude Stein. New Yorkers will soon have a rare opportunity to see this distinctive and timely work. As part of its celebration of the centennial of the 19th Amendment, which brought the vote to women, the New York Philharmonic is presenting a production of “Mother” with the Juilliard School and the Metropolitan Museum of Art, where four performances will take place, Feb. 8-14, at the Charles Engelhard Court in the museum’s American Wing.

The critic Andrew Porter once wrote that when listening to “Mother,” he was tempted to consider it the “best of all American operas”; on “calm reflection,” he added, he would “hardly modify that beyond ‘one of the three best.’” Still, at Emerson, it took some persuasion to sell this idiosyncratic opera to the students.

They immediately responded to the spirit of the piece, which is a wonderfully nonsensical yet affecting pageant of American history, centering on the suffragist Susan B. Anthony. The opera offers a parade mixing fictional and historical characters, many of whom lived in different eras but come together here to mingle and squabble, to search for romance and campaign for justice. We first meet Anthony at home with her loyal companion, called Anne, but also see her in action crusading for women’s rights and debating patronizing male politicians. We meet Daniel Webster and Andrew Johnson, Ulysses S. Grant and the actress Lillian Russell.


Some characters are based on friends of Stein’s, such as Jo the Loiterer — here a discharged Civil War veteran but also a veiled portrait of Stein’s young friend Joseph Barry, an American soldier during World War II who became a journalist based in Paris. Characters named Virgil T. and Gertrude S. serve as charming hosts and commentators on the action as it takes place.

Our students also responded well to Thomson’s music, which suggests concert bands playing waltzes in parks; military marches; church organs; parlor songs; schoolyard ditties; and bursts of flinty harmonies in moments of intensity — all folded into a score in which the goal is to make Stein’s often illogical, playfully poetic words come through clearly. Thomson was a master of the art of writing vocal lines that matched the rhythmic inflections of the words, the sound and syntax of the phrases. My colleague Scott, who had studied prosody with Thomson, brought practical know-how to his coaching of the students.

The opera was inspired by Thomson and Stein’s love for the oratory of the United States in the 19th-century, when politicians made grandiloquent, soaring speeches and public debates went on for hours before rapt crowds. But I worried that our students would resist a text full of strange lines like “How, how when men are men, can they be mixed?” and “Quilts are not crazy, they are kind.”

It turned out, though, that my Emerson students were then listening to songs by the B-52’s with lyrics like “Why don’t you dance with me? I’m not no Limburger.” They relished Stein’s unabashed obscurities.

But as we began rehearsals, the committed actors among the cast had anxious questions: Who were these characters they were playing? What were their motivations? Scott and I tried to get them to trust in the words and the music, to let the meanings and implications take care of themselves.


And, as we showed them, whole swaths of Stein’s text made sense. (Sort of.) In the debate scene between Susan B. and Daniel Webster — who snidely refers to his adversary as “he” — Susan sings, “I understand that you undertake to overthrow my undertaking.” Daniel answers the “honorable member” that “he” is greatly mistaken and is “dealing with one of whose temper and character he has yet much to learn.” What could be more logical?

In another wonderful scene, for which we had two endearing student singers, we see John Adams (probably meant to be John Quincy Adams) courting Constance Fletcher, a gracious woman from the early 20th century.

Thomson reclaims the dated genre of the love duet for lyric tenor and soprano. Adams keeps shifting between outpourings of lyrical bliss (“Dear Miss Constance Fletcher, it is a great pleasure that I kneel at your feet”) and agitated protestations of his inability to do so (“But I am an Adams, I kneel at the feet of none, not anyone.”

Soon, in utterly serious choral declamations, all the other characters, who have been watching the couple, express resignation over what might have been had he not been an Adams — that “he would have kissed one of her hands, and then still kneeling, he would have kissed both of her hands still kneeling,” and so on. We convinced the students that the more straightforwardly and earnestly they performed this scene, the most charming and poignant it would be. They nailed it.

Scott and I kept Virgil (as we both called him by then) abreast of our progress through phone calls and visits to his apartment at the Chelsea Hotel in New York. He didn’t show up in Boston until the final two rehearsals in the church space that we rented to prepare for the three-performance run in February 1981, conducted by Scott. Instead of contracting an orchestra, we used an arrangement of the score that Virgil had made years earlier for piano doubling on harmonium (me), trumpet and percussion. The sound of this intimate instrumental ensemble nicely matched the voices of our cast, which sounded like the choirs Virgil had grown up with in Kansas City, Mo.


Virgil was 84 at the time, and his hearing was impaired. During the dress rehearsal, he sat in the front row and listened intently, mouthing every word from memory as the singers performed his beloved opera. It took him time to adjust to the staging, which was overly theatrical for his taste. He thought our Virgil T. and Gertrude S. were too involved with the other characters. “You’re not in the show, you know!” he shouted at them at one point. The students looked shaken. But before long, Virgil grasped our director’s concept and loved the interplay among the young performers.

He told us that he was thrilled that Stein’s words came leaping off the stage. The singers might not have sounded operatic. But, as the Boston Globe critic Richard Dyer wrote in his review, they made “every word a palpable presence, which is something you can’t say about most conservatory opera performances.”

The opera’s second act begins with a scene showing Anne at home with Susan, using an old-fashioned carpet sweeper. In the break before, Virgil sat at the piano and showed me how he liked the series of short, ascending arpeggios in the left hand to sound: played dry, each with a gentle upward lift, to suggest the motions of the device. “I love my carpet sweeper music,” he said. After the rehearsal was over, he complimented the elated cast and singled out moments he had found especially touching.

On opening night, many in the audience could not help noticing that soon after the opera began, its composer, seated in a middle row on the aisle, seemed to fall asleep. But Virgil’s direct creative involvement with the performance had happened already, during the rehearsal. His attendance at the opening was only a gesture of support.

During intermission, he came up to Scott and me and said: “Well, everything’s going just beautifully. If anything had gone wrong, I’d have woken right up.”

We couldn’t have asked for a better compliment.

Anthony Tommasini is the chief classical music critic. He writes about orchestras, opera and diverse styles of contemporary music, and he reports regularly from major international festivals. A pianist, he holds a Doctorate of Musical Arts from Boston University. @TommasiniNYT

Users browsing this forum: No registered users and 89 guests