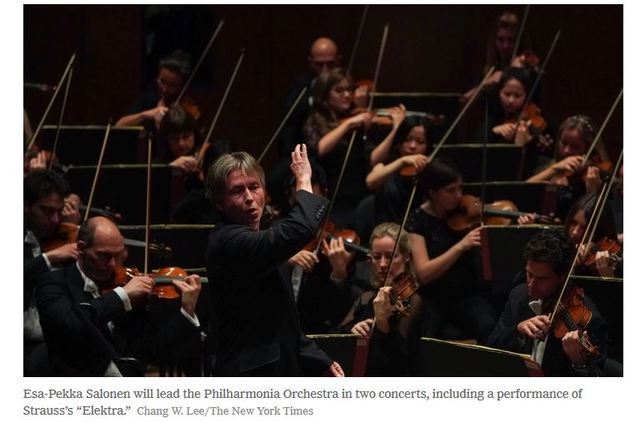 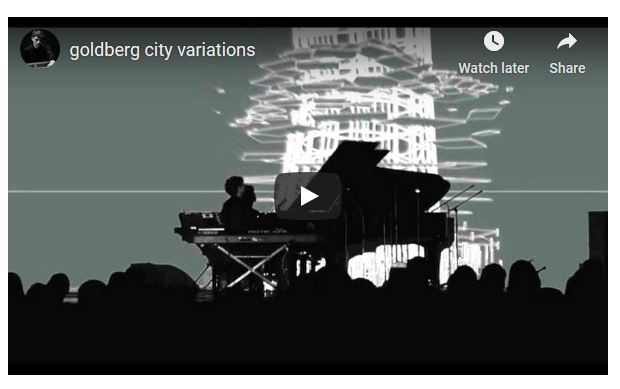 
Esa-Pekka Salonen will lead a concert version of Strauss’s “Elektra.” Franz Welser-Möst will conduct the Cleveland Orchestra in Mozart and Morton Feldman. Louis Langrée and the Cincinnati Symphony Orchestra will give the first New York performance of Christopher Rouse’s Symphony No. 6, which they premiered last year, shortly after its composer’s death.

A slew of visiting orchestras and the Rouse symphony — which Joshua Barone described in The New York Times as a “haunting and profound farewell” — are among the highlights of next season’s Great Performers series at Lincoln Center.

The 2020-21 series, which was announced on Thursday, will also feature a variety of smaller ensembles, chamber music concerts and more intimate recitals. There will be several free concerts in the center’s David Rubenstein Atrium, including the pianist Francesco Tristano playing Bach’s “Goldberg” Variations alongside projections of a digital city being drawn in real time.

The dauntless soprano Barbara Hannigan will star alongside the pianists Katia and Marielle Labèque in the New York premiere of “Supernova,” a staged exploration of nine centuries of song, directed by Netia Jones and featuring music by Hildegard von Bingen, Barbara Strozzi, Francesca Caccini, David Chalmin and Bryce Dessner.

A hearty helping of period-instrument ensembles includes Philippe Herreweghe and the Collegium Vocale Gent, performing Bach’s B-minor Mass; William Christie and Les Arts Florissants, in a pair of Haydn’s Paris symphonies and, with Kristian Bezuidenhout at the fortepiano, Mozart’s Concerto No. 18; and Masaaki Suzuki and the Bach Collegium Japan, in works by Bach as well as Mozart’s Mass in C minor.

Recitalists include the pianist Paul Lewis; Julia Fischer, playing Bach’s complete works for solo violin; the pianist Piotr Anderszewski, in selections from the second volume of Bach’s “Well-Tempered Clavier”; the bel canto tenor Lawrence Brownlee, singing a selection of songs that inspired him when he was young; the virtuoso pianists Garrick Ohlsson and Kirill Gerstein, in a dual concert; and the avant-garde cellist Jay Campbell.

Opening the Great Performers season on Oct. 4, Mr. Welser-Möst and the Clevelanders will juxtapose Mozart’s Requiem and Feldman’s “Rothko Chapel.” Mr. Salonen, in his final season as principal conductor of the Philharmonia Orchestra, will lead two concerts: One of Brahms and Sibelius, and then the performance of Strauss’s “Elektra,” starring Iréne Theorin in the title role and the rising star Lise Davidsen, singing Chrysothemis for the first time.

Simon Rattle will conduct the London Symphony Orchestra in a pair of concerts, one featuring Mahler’s Symphony No. 6 and the other an immersion in Stravinsky ballet scores: “The Firebird,” “Petrushka” and “The Rite of Spring.”

There's so much there that I'd love to hear that I hardly know where to start! The Rouse Symphony sounds like a fine work that I'd love to hear, as do the two concerts by Simon Rattle. An abundance of riches here, including the song recital. The Bach is an old favorite (I've sung it in Carnegie Hall!). All-in-all a very fine schedule. What are your plans, Len?
Top

To each his own, I guess!

Thank goodness there's plenty to go around for all of us!
Top

Plenty indeed. What an exciting season. I'd love to be rich in New York (but only if I were at least well off; horrible city in which to be poor). So much incredible music, as well as incredible everything else.
But I doubt Donald would welcome me with open arms for a green card.
Top

barney wrote: ↑
Sat Feb 01, 2020 5:24 pm
Plenty indeed. What an exciting season. I'd love to be rich in New York (but only if I were at least well off; horrible city in which to be poor). So much incredible music, as well as incredible everything else.
But I doubt Donald would welcome me with open arms for a green card.

If you were wealthy, I'll bet The Donald would make an exception. His ire seems targeted at poor and darker people......
Top

Yeah, that must be due to the lowest unemployment in 50 years for minorities, and blue collar wages rising faster than Management's. Facts are stubborn things. Especially for the uninformed.
Top
Post Reply
7 posts • Page 1 of 1