Going Beyond Beethoven, by Playing Works in His Shadow

Going Beyond Beethoven, by Playing Works in His Shadow 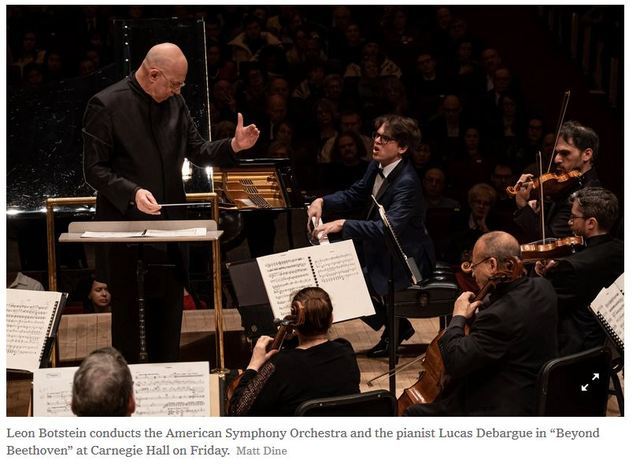 Review: Going Beyond Beethoven, by Playing Works in His Shadow

The American Symphony Orchestra’s concert at Carnegie Hall on Friday had two claims on news. The first: a cheeky approach to the Beethoven-theme concerts that almost every ensemble seems to be planning this year to coincide with the 250th anniversary of his birth. (Cheeky, because — spoiler alert — no Beethoven works were on the program, titled “Beyond Beethoven.”) The second: the New York orchestral debut of Lucas Debargue, an exciting young French pianist.

Programming works like Max Reger’s “Variations and Fugue on a Theme of Beethoven” (1915) certainly gave conceptual coherence to the evening. But the Beethoven-indebted works selected were not all of uniform quality. During this piece, and also throughout Louis Spohr’s Symphony No. 6 (known as the “Historical Symphony”), I had the impression that the best way not to play Beethoven would be to plan concerts fully out of his shadow.

The orchestra’s music director, Leon Botstein, gave the game away a bit in his program note: While writing critically about Beethoven anniversary-fever, he also admitted, “We did not want to be left out of the party this year.”

Not everything was a stretch. Liszt’s “Fantasy on Motifs from Beethoven’s Ruins of Athens” sounded, in this performance, strong enough to hear at any time. This was in part thanks to the presence of the night’s other newsmaker, Mr. Debargue, who was raging in one moment, then daringly swinging the next, before turning to a more familiar standard of luxuriant Romantic virtuosity.

The soloist and the orchestra did not always entirely meld. But Mr. Botstein did sterling work in keeping things together, even when Mr. Debargue’s improvisatory shifts in tempo courted chaos. The result was urgent music-making for its own sake, rather than a performance unduly indebted to our baggage regarding another composer.

Even better was Galina Ustvolskaya’s Piano Concerto — a modernist, five-movement work from 1946. What did this have to do with Beethoven’s influence? Not much, other than that Ustvolskaya was also honored recently, for what would have been her 100th birthday in 2019. (In a program note, Mr. Botstein made the case that this excellent but too-often unheard composer might be more deserving of the big round-number celebration — and the exposure — than Beethoven.)

Her concerto requires grimly pounding, one-two punch combinations from the soloist, as well as delicate, legato lamentations. Mr. Debargue excelled in all of these. And during the work’s final turn toward more consonant harmony, the players retained a crucial sense of gravity.

This was all gratifyingly unusual material for a young pianist’s first New York City appearance with an orchestra. Like Mr. Botstein, this pianist relishes upsetting expectations. The recent DVD release of the documentary “Lucas Debargue: To Music,” includes a bonus feature of the pianist playing a 12-minute improvisation on “Caravan,” by Juan Tizol and Duke Ellington.

It’s one of the most interesting recordings Mr. Debargue has made yet — even if this side of his musicianship has yet to be reflected on the Sony discs of his playing. So Mr. Debargue will continue to need adventurous collaborators like the American Symphony Orchestra. If they come back to town together, that would be news, all by itself.

Re: Going Beyond Beethoven, by Playing Works in His Shadow

A follow up-I decided to listen to the historical symphony-pleasant enough-then I read his 8th violin concerto may be his best and have listened to it 3 times now-it's wonderful!!! Regards, Len

Re: Going Beyond Beethoven, by Playing Works in His Shadow 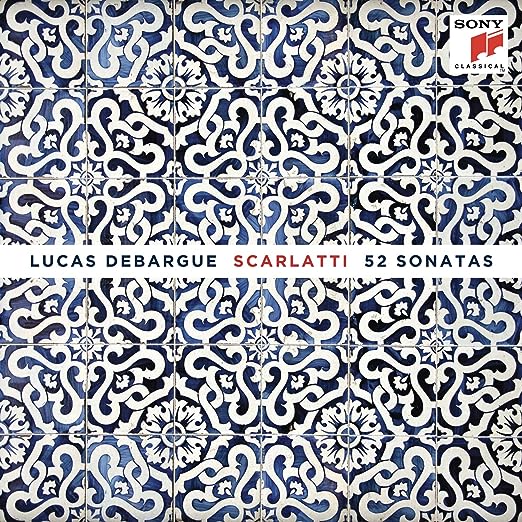 Lucas Debargue has issued several well-received recordings, including the above 4-disc box set of Scarlatti Sonatas. Having heard the entire set, I have to say that his approach is rather MOR and very appealing to these ears, reminding me of Brendel & Perahia, both pianists that I admire. For exemplary Scarlatti, there is always Horowitz or Maria Tipo, both of whom bring a more individual approach that sparkles with wit. Glad to see that this fine young artist has made it to Carnegie Hall.

As for Spohr, his music fell out of fashion with the advent of Brahms, but there is some very enjoyable listening to be had. Even Heifetz recorded several pieces.
Top
Post Reply
3 posts • Page 1 of 1