Symphonia Domestica At the Philharmonic, a Strauss Humblebrag

Symphonia Domestica At the Philharmonic, a Strauss Humblebrag

I never heard of this-I'm listening now on youtube-the mention of “Der Rosenkavalier” caught my eye: 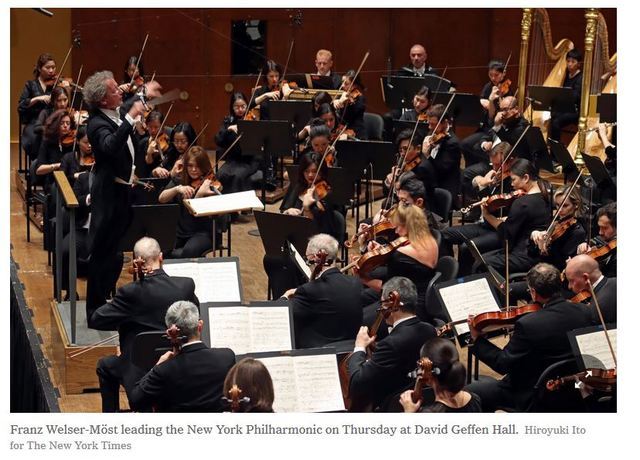 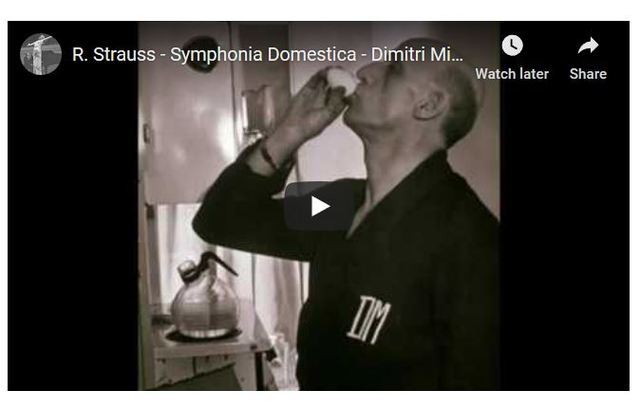 Review: At the Philharmonic, a Strauss Humblebrag

Before there was Instagram, The New York Times’s Modern Love column, or humblebragging, there was Richard Strauss’s “Symphonia Domestica.” When he wrote it, in 1903, composers had been telling decipherable stories in so-called tone poems for decades. But for Strauss to venture into autobiography, to turn the music on himself, was still startling.

In the work, which the New York Philharmonic has dusted off this week under Franz Welser-Möst, we’re offered access not to an historical or mythical event — a Witches’ Sabbath, or such — but to an unremarkable day and night in the life of a young bourgeois family. Aunts and uncles visit; the baby grows drowsy; the Strausses have sex, then sleep; the household awakens, and the quotidian bustle recommences.

As with those bare-all, first-person essays feted on Twitter — “So open!” “So brave!” — “Symphonia Domestica” rubs some people the wrong way. For a supposedly intimate portrait, it can feel jarringly bombastic; its self-exposure surely tips into self-congratulation. If what is interesting about the work is the attempt — a bit tongue in cheek, perhaps — to gild everyday life with heroic stature, it’s safe to say that few wish it longer than its 43 lushly scored minutes.

It has never been exactly a repertory fixture, and the Philharmonic last played it 15 years ago. Mr. Welser-Möst hasn’t been a guest here since before even that: 2000, two years before he took over as music director of the Cleveland Orchestra, in a pairing that continues to result in some of the most exquisitely stylish, ardent symphonic playing in the world.

Especially in Strauss, Mr. Welser-Möst works to aerate music that in other hands — think Jaap van Zweden’s bullish “Der Rosenkavalier” Suite here two weeks ago — can turn leaden. On Thursday at David Geffen Hall, “Symphonia Domestica” tended light and lively, a peppery-cold scoop of sorbet instead of a syrupy port wine. Any overstatement was in the music itself.

Mr. Welser-Möst drew real intimacy from the violins, though long singing lines don’t come naturally to this ensemble, which always seems readier to grimace than smile. Passages like the chorale of winds near the end — in tune here, but not transcendently transparent — mark the difference between a very fine orchestra and a spectacular one.

The program felt like an export from Mr. Welser-Möst’s usual band. When Cleveland tours, it’s known for eschewing star-driven concertos: The orchestra is the star. At the Philharmonic, intermission was preceded by the American premiere of Jörg Widmann’s “Babylon” Suite, a teeming 30-minute extraction of material from his 2012 opera, widely panned at its premiere.

Perhaps the best description of the suite is that it made “Symphonia Domestica” seem almost reticent by comparison. Mr. Widmann, who holds the Debs Composer’s Chair this season at Carnegie Hall, summons a huge complement of musicians, many playing multiple instruments, for a storm of loud and soft, beauty and kitsch.

It’s decadence for an era of attention deficit, and Mr. Welser-Möst and the Philharmonic sold it with savage control.

Users browsing this forum: No registered users and 31 guests