A Conductor Makes His Philharmonic Debut, at Last

A Conductor Makes His Philharmonic Debut, at Last 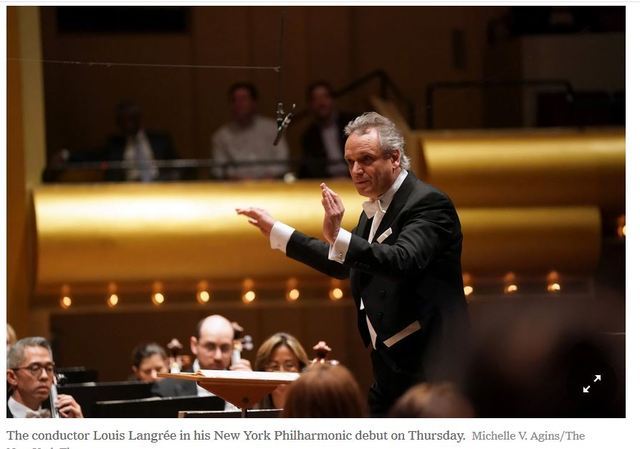 Review: A Conductor Makes His Philharmonic Debut, at Last


Louis Langrée is no stranger to David Geffen Hall. For nearly two decades he’s been its summer tenant as music director of the Mostly Mozart Festival. And the Cincinnati Symphony Orchestra, which he has led since 2013, has even stopped by for a visit.

But it wasn’t until Thursday that Mr. Langrée, 59, made his conducting debut with the hall’s house band, the New York Philharmonic. The orchestra should be thinking about how soon he can return.

He didn’t announce his arrival with a foghorn, like his six-hour homage to Beethoven’s Akademie concert of 1808 in Cincinnati last weekend. Instead it was a subtly dazzling evening, most notable for how uncharacteristically restrained the Philharmonic sounded under his direction.

It was also a master class in programming. There was no star-powered concerto. Or symphony. Rather, Mr. Langrée — swapping his casual Mostly Mozart look for a tailed tuxedo — presented four works at the hinge of Romanticism and the 20th century, connected through themes of poetry and sensuality.

He began with Debussy’s “Prélude à L’Après-midi d’un Faune” (“Prelude to the Afternoon of a Faun”), the episodic and elusive classic that Thomas Mann described in “The Magic Mountain” as “depravity with the best of consciences.” Based on a Mallarmé poem, the music opens with the unhurried ease of a summer day, with added sultriness on Thursday from the Philharmonic’s principal flutist, Robert Langevin.

If the orchestra played at first with a strained delicacy, it was because Mr. Langrée’s style — a tendency toward relaxed tempos, an insistence on the power of softness — isn’t a natural fit for the Philharmonic’s hard edge. As the concert progressed, though, the musicians settled into something like a compromise: steeliness in a plush coating. Debussy’s three “Nocturnes,” for example, had a mistiness in “Nuages,” yet forceful euphoria in “Fêtes” and, with the Women’s Chorus from the Juilliard School, a glistening eeriness in “Sirènes.”

Isabel Leonard, a Metropolitan Opera regular and an elegantly toned mezzo-soprano, joined for Ravel’s “Shéhérazade,” a Debussy-tinged setting of three poems expressing wanderlust and longing. She treated each as a monodrama, with its own story and protagonist; in the final section, “L’Indifférent,” her alluringly rounded musical phrases embodied the narrator’s yearning, swept up in the thrall of mysterious desire.

The program took a Russian turn for its conclusion, Scriabin’s “Le Poème de l’Extase” (“Poem of Ecstasy”). At times reminiscent of the blissed-out love duet from Wagner’s “Tristan und Isolde,” it is almost parodically cosmic, more openly burning than the earlier works by Debussy and Ravel.

As with those pieces, Mr. Langrée could have led a more brisk reading. But his approach — lush, flowing, feeling — revealed its payoff in a spectacular finale that deployed the orchestra’s full sound, with an added organ and bells. It was clear that, in the long arc of this impressively cohesive program, his soft-spokenness had been building toward a climax of deafening grandeur.

Re: A Conductor Makes His Philharmonic Debut, at Last

Louis Langree is a conductor I follow, and I've been pleased with his recordings of French music, his forte. Was initially impressed with him when he took over Mostly Mozart from Gerard Schwarz. Langree has a fine ear for detail and balance, and his use of tempo is tasteful. I'm not sure how he would do in German music, but in Mozart and French music he's very fine. I was pleased when he was appointed music director in Cincinnati. 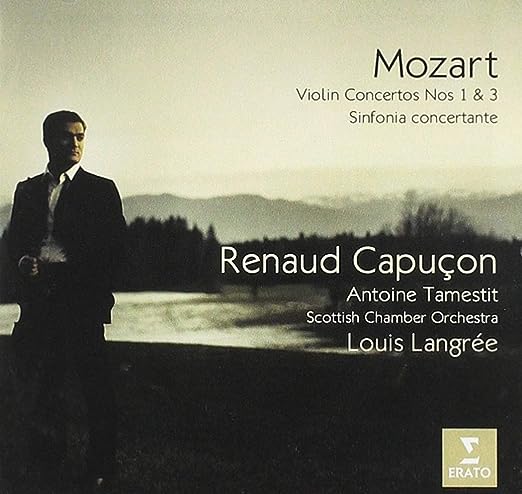