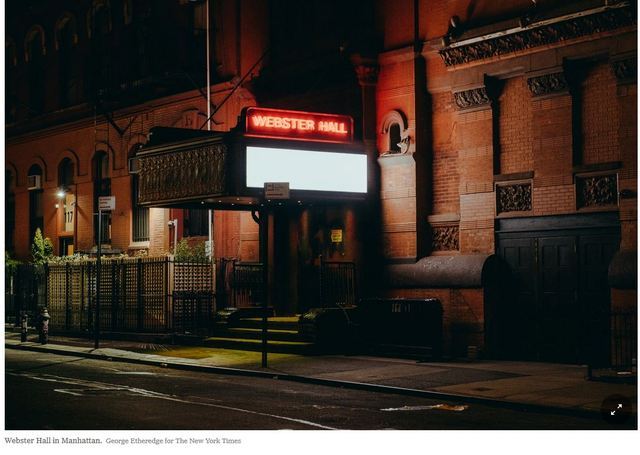 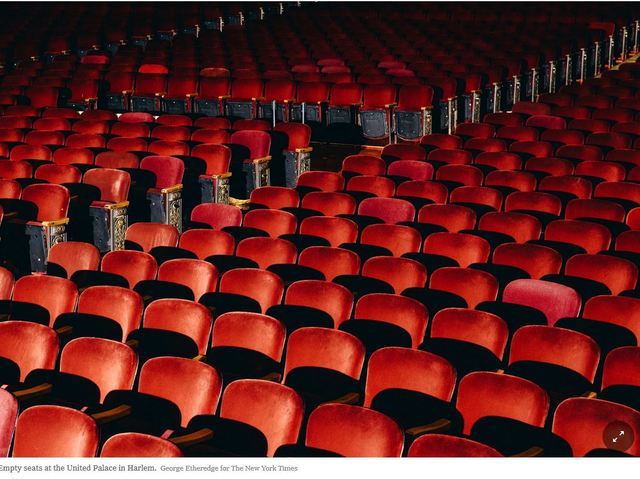 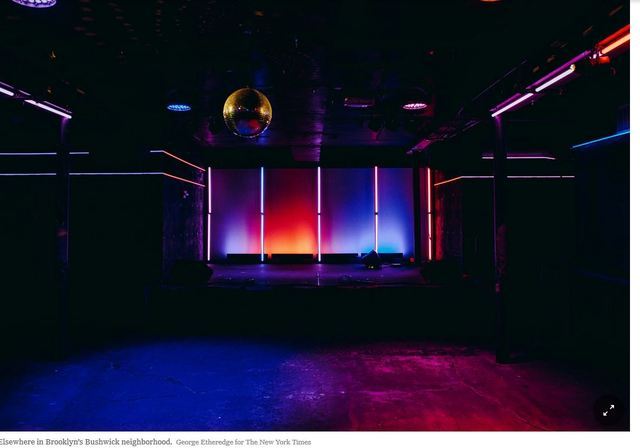 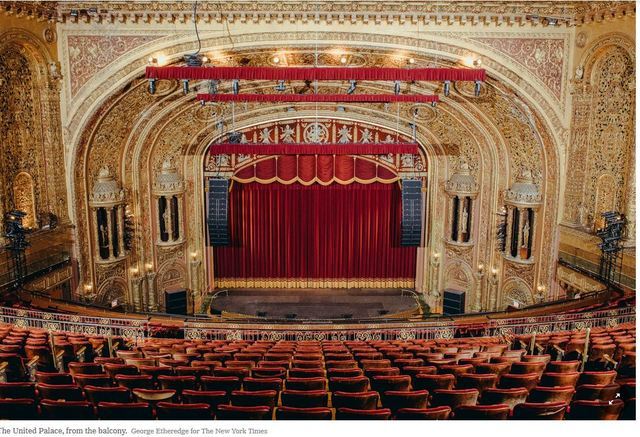 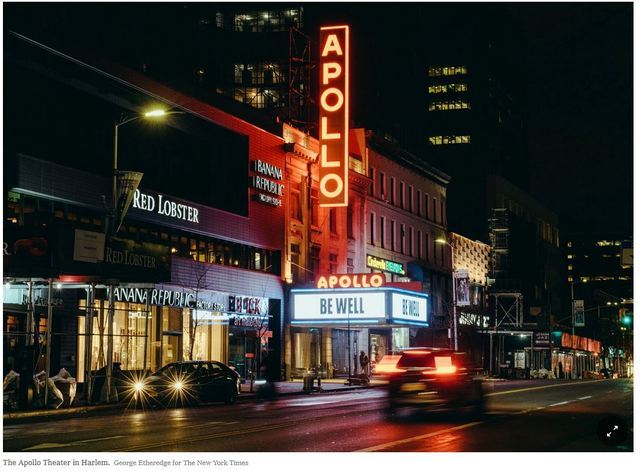 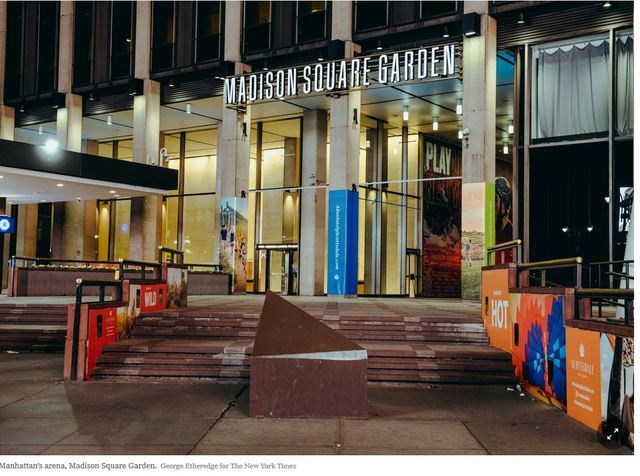 Making and hearing music in public is inherently social, and the mysterious alchemy of a live show — of sharing the same vibrating air — can’t be replicated at home.

Concerts have been shut down by the Covid-19 pandemic; schedules and calendars, at least in the short run and possibly for much longer, are empty too. As a longtime music critic, that makes my nights empty, as well. I’ve been going to concerts constantly since the 1970s, two or three a week and often more. The chance to do so was one of my first and most blatant incentives for finding my job. From cramped basement clubs to wide-open festival fields, concerts have always meant unknown possibilities.

The coronavirus shutdown doesn’t make me feel sorry for myself in any way. All compassion belongs with the musicians who were geared up for spring tours, with the roadies, drivers, and sound and light crews who were to work for them, and the box-office staff, tech teams, security, bartenders, cleaners and everyone else who makes venues run smoothly, night after night. The shutdown has an immediate and brutal effect on all of their livelihoods, making this a good time, at the very least, to visit favorite musicians’ Bandcamp sites (or their other direct revenue sources) and buy something. It’s far more supportive than the hundredths of a cent they’d receive for an individual stream of a song.

Meanwhile, with those empty nights, the shutdown has redoubled my appreciation for the mysterious alchemy that happens at so many concerts. It’s really, when you step back, a very peculiar human activity. Strangers — with perhaps a few familiar faces dotted among them — gather at an appointed time to watch and hear musicians doing their job. But it’s more than a job; it’s a ritual, a confluence of visible and invisible forces, acoustic and social and psychological. Heads may bob, toes may tap, singalongs may be joined, dancing may break out. A roomful of individual reactions somehow adds up to a collective one, which might crest into a spontaneous ovation or a mesmerized gasp. Even with a seated, decorous audience, music can summon a certain quality of heightened collective awareness that I’ve only experienced at a live performance.

A concert also presents an increasingly rare opportunity to focus attention on a unique event as it unfolds in real time. There’s a chance to let an extended, unpredictable arc of sound, light and information envelop me, with no capability to pause or rewind, no temptation to multitask. Emerging from a spectacular concert — which might be as subtle as a jazz set or as walloping as a D.J. set — there’s a shared buzz in the audience, an ecstatic memory. It’s not a sensation I’ve ever gotten from a live stream of a show, or a group playback of a recording through a state-of-the-art sound system or, as I and so many people will be doing in the coming weeks or months, from listening at home with headphones.

Those modes of listening do have their advantages. With a live-streamed concert, no one’s going to step on my toes or spill a beer on my head. And compared to the sound in most clubs and theaters, not to mention arenas, there are far more details to be heard from a high-fidelity studio recording. But the musicians aren’t in the room, making an immediate physical effort and sharing the same vibrating air with listeners. When it’s reproduced instead of produced on the spot, the music feels more distant, more detached. Somehow it makes a difference that my presence, even as the most minuscule fraction of any live event, doesn’t register.

The physicality of concerts isn’t always pleasant, especially when things get packed. I’m not exactly delighted by chatterboxes, elbowers, drunks and selfie-takers (who at times can all be the same person). I’ve never understood why so many people would rather take a shaky, distorted cellphone video they’ll never watch rather than letting a performance transport them. Give me a crowd of polite, sensitive shushers any time. But it does seem a certain percentage of jerks are part of the alchemy.

Making and hearing music in public is inherently social. Every ensemble has to work out its own group dynamic: brainstorming and consensus? Cooperative with diverse duties? Boss and employees? Rotating leadership? The countless variations in between? And even a solo act has to imagine an observer, to consider what will best reach a listener who may well be hearing the music for the first and possibly last time. For nearly the entire audience, a concert will be the only live experience of the performer for some time; it can sour someone on an act forever or spawn eager word-of-mouth.

Meanwhile, musicians — like all other live performers — learn constantly and almost subliminally from their audiences. At a concert there is a wordless but intense feedback loop between players and listeners. Even after the most thorough rehearsals, timings and emphases can change in a charged moment onstage. A crowd’s reactions can instruct musicians on how to improve the next performance, and the next.

More than a scripted theater work or a choreographed dance performance, live music can make quick changes from night to night: shuffle the set list, stretch out that guitar solo, get rid of that busy lighting, never use that bit of banter again. Each concert is the intersection of a career arc with a single night out for the audience members, and the immediate pleasure (or impatience) of each night’s crowd adds up to lasting lessons for musicians. (That’s why it’s so difficult for many musicians who have made their hits entirely in a studio to work up a stage presence when they suddenly find themselves selling out big rooms; they haven’t done the apprenticeship.)


Unlike Broadway troupers or dancers, who are also suffering from the shutdown of live performances, musicians isolated by social distancing do have other artistic outlets besides concerts (although touring is what supports the vast majority of musicians who are not racking up tens of millions of streams). They can write and record music at home, and they can collaborate via file transfers or high-speed hookups; some, no doubt, will find that a break from the road and a chance to look inward will enrich their music. More and more musicians are already performing (with or without a paycheck) via live streams, where they may not hear any applause but can at least enjoy a congratulatory text, or a stream of appreciative hearts in the corner of a screen.

But it’s not the same. There’s no promise of serendipity, of the full-body massage of a room-size subwoofer, of the I-was-there sensation of a great concert. For that, those empty rooms will have to open up again. When they do, I may not even care about a spilled beer.

Yes, indeed! Now you know, by reading this, how I've felt about this since 2002 when I had to give up concertizing. There is nothing like the feeling of connectedness with a full house of enthusiastic supporters standing at the end of a well-rehearsed event! I do miss that tremendously, in spite of all the CDs and DVDs in my collection that are constantly playing in our household.
Top

I agree. When I was in my 20s I preferred to buy LPs, then CDs, on the grounds I would have them forever. But I quickly realised I was mistaken.
Robert Levin gave a fascinating speech at a Melbourne concert in 1996. He observed first that most of us would have heard Mozart's concertos many times more often than Mozart himself. Then he pointed out that there was something special going on in the hall between himself, orchestra and audience that no one else could share, including those listening to the live broadcast that night. And it is so true.
I have been fortunate enough to have both live and recorded performances, and I am very grateful. I normally get to about 40-50 concerts, recitals, operas a year. This year clearly will be much fewer.
Top
Post Reply
3 posts • Page 1 of 1