I wonder if Tommasini is right-maybe I need this after our latest trip to Shoprite for food and supplies! Regards, Len

If you can get to the site all the audios are available-if not I guess there's youtube. 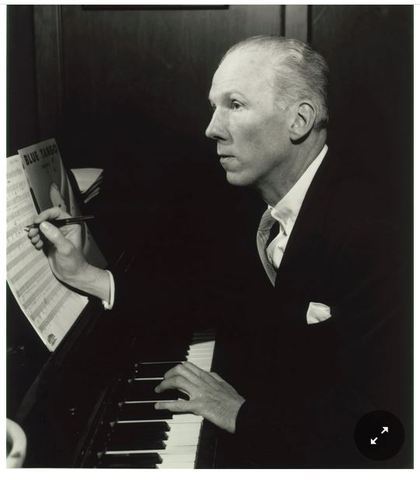 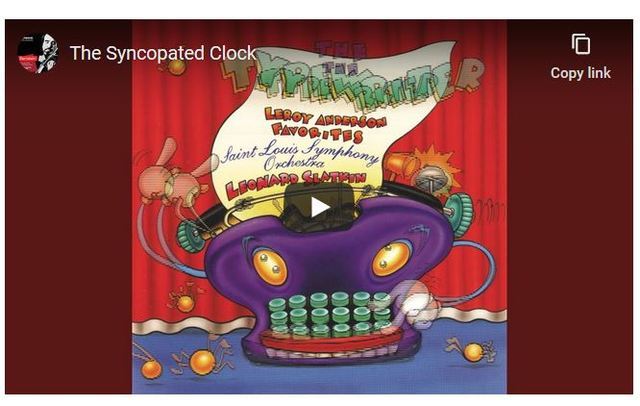 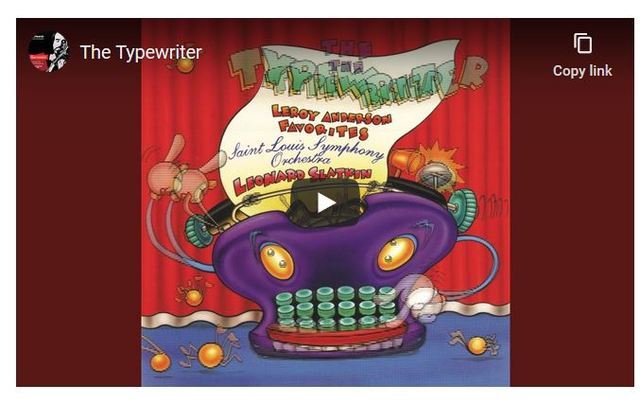 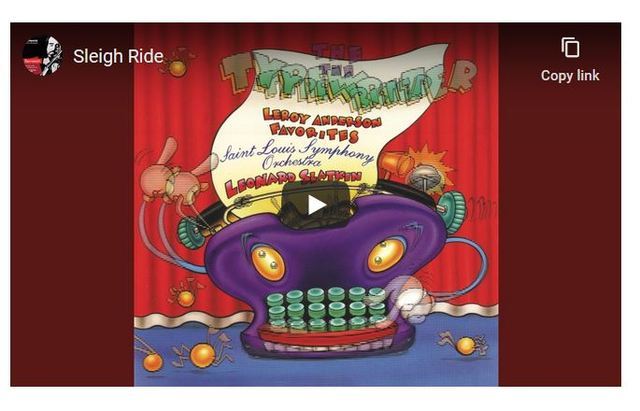 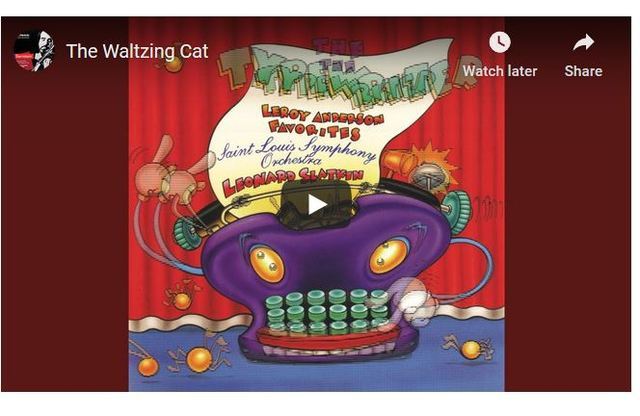 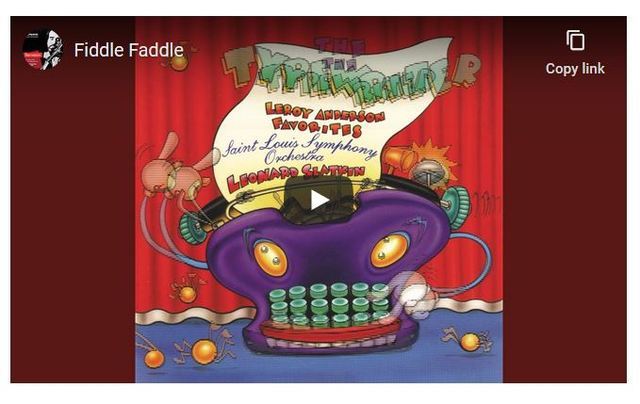 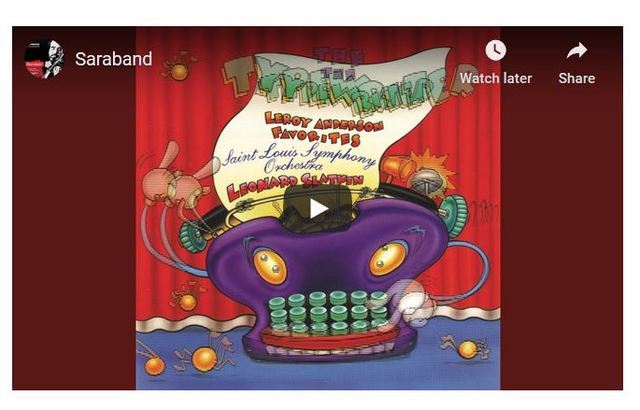 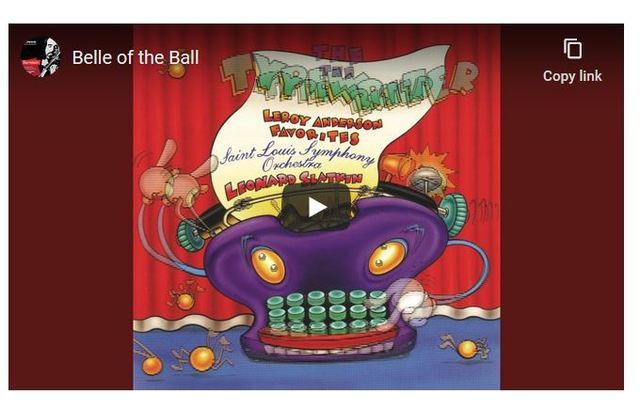 His charming, deceptively simple music will make you feel better about things.

In the midst of a pandemic, those of us who are healthy, safe and able to work from home are of course lucky. Still, time can pass slowly when you’re cooped up in a Manhattan apartment. So the other day, I listened to my favorite piece about the ticktock of time: Leroy Anderson’s “The Syncopated Clock.”

Anderson, who died in 1975, was the unrivaled master of the light orchestral miniature. Starting in the late 1930s, he wrote more than 50 of them — breezy yet carefully constructed works that became reassuring staples of pops programs. During our present moment of crisis, Bach provides solace, Beethoven stirs us with resolve and Brahms probes aching emotional ambiguities.

But trust me: Leroy Anderson will make you feel better about things.

And “The Syncopated Clock,” written in 1945, is a two-and-a-half-minute masterpiece. I hear the music as expressing a dutiful clock’s restlessness. As the strings play a genial, ambling theme, a percussion instrument mimics a clock’s ticktocks as the seconds pass.

But at the end of the first short phrase, the clock can’t help having some fun, breaking up the boredom by throwing in a moment of syncopated rhythm. The strings are the clock’s willing co-conspirators. This is clearly an American clock in the era of the big bands and jazz. Why not break up the tedium and have some fun?

The piece takes a turn during a contrasting phrase when the violins play wistfully over harmonies tinged with minor-mode richness. A middle section starts off jauntily, with a rising, almost cheerful phrase. But that too turns pensive, and the clock returns to business with the opening music. Until the coda, that is, when the clock can’t help letting loose with a spurt of wild syncopations.

On a 1995 recording, a good choice for a single-album survey of Anderson’s work, Leonard Slatkin leads the St. Louis Symphony Orchestra in an easygoing, stylish performance. Another Anderson classic, “The Typewriter” (1950), also speaks to the confined moment we’re in now, spending hours a day typing at our keyboards.

The crucial solo instrument is an actual old typewriter, complete with a bell that signals the typist has reached the end of a line and must push the grating hand-shift mechanism to the left, to start a new one. To perform the original instrument version of this piece today, a percussionist must go to the trouble of locating a vintage typewriter.

The music is industrious, yet pleasantly so, as a spiraling violin line settles into the bustling string of eighth notes that unfolds in quick spurts as the “typist” completes each phrase. For all the charm of hearing the actual strokes of the typewriter and the clinking bell, the melodic lines keep taking unexpected harmonic turns. Just try to anticipate what chord each four-measure mini-phrase is going to land on.
Ideas from The Times on what to read, cook, watch, play and listen to while staying safe At Home.

Anderson certainly achieved success in his day, with hits like “Blue Tango,” which went to the top of the Billboard charts, and the enduring holiday favorite “Sleigh Ride,” first introduced as an orchestra piece (to which those “Just hear those sleigh bells jingling” lyrics were later added).

But I’ve never loved calling his pieces “light.” Anderson had extensive professional experience and a thorough musical education, starting from childhood in Cambridge, Mass., where he was born to Swedish immigrants in 1908. His mother, a church organist, gave him his first piano lessons, which he continued at the New England Conservatory. He entered Harvard in 1925 and studied theory, counterpoint and composition with professors including the intimidating Walter Piston.

His teachers didn’t quite know what to make of him. It seemed he lacked the ambition to write the large, complex works with which a young composer usually makes a mark. Some thought Anderson was wasting his time leading the Harvard Band, arranging pieces for dance ensembles and playing the accordion.

But Arthur Fiedler, who became conductor of the Boston Pops in 1930, was impressed by some arrangements of Harvard songs that Anderson had done, and recognized a like-minded musical talent. He cultivated the young composer and got him to write his first, very short pops pieces in the late 1930s: “Jazz Pizzicato” and “Jazz Legato.” Anderson continued working as an arranger in Boston and New York until 1942, when he served as a translator in the Army. (Anderson was fluent in multiple languages.) After the war, he resumed his career, focusing on his signature orchestral miniatures.

If “light” seems inadequate to describe these beguiling and well-crafted pieces, so does “miniature,” since musical imagination and content abound in these short scores. Take “Belle of the Ball,” a serene, waltzing dance that surely nods to Johann Strauss Jr., the Viennese waltz king, who can be seen as a historical precursor in his homeland to Anderson in America.

The melody is somehow both straightforward and elusive. Each phrase seems to hover around a few swirling notes. Yet the melodic line subtly shifts — first retrenching, then breaking out into fleeting passages of excitement. For all its elegance, the piece is charmingly modest. I imagine a young woman on the dance floor who is surprised to be the belle of the ball. “Is this really happening?” she could be asking herself.

Speaking of Strauss, in “The Waltzing Cat,” Anderson takes a poke at him — and, more broadly, at the whole style of 19th-century European waltzes that indulge in melodic gestures where strings slide up and down with schmaltzy glissandos.

The short phrases of Anderson’s melody include sinking two-note gestures that evoke the meowing of cats. Yet Anderson’s parody is good-natured, a bit of wholesome American ribbing. What comes through is that he is actually fond of those sugary Viennese waltzes.

“Saraband” is another of Anderson’s many pieces revealing his knowledge of music from earlier eras. There were Spanish, German and French versions of the sarabande, a stately, triple-time 17th-century dance. Anderson’s delicate piece is most indebted, I’d say, to French models. Yet the music is also impishly American, especially in the way phrases sometimes end with misbehaving lines and harmonies.

A pops orchestra had better have a technically adept violin section if it performs “Fiddle-Faddle,” a joyous perpetual-motion piece alive with dizzying strands of 16th-notes for the violins. Anderson finds a stylistic sweet spot in this piece, which simultaneously hints at hoedowns, Vivaldi concertos, Bach toccatas and bebop. Mr. Slatkin’s players makes it sound easy. It isn’t.

During my years in Boston, John Williams used to conduct Anderson pieces on almost every Boston Pops program, splendidly. It was recently announced that this summer’s Pops season has been canceled, another in a series of inevitable yet dismaying announcements.

But Anderson’s works are amply available on recordings, including many he led himself. If you don’t know these charming, sunny pieces, avail yourself — now more than ever.

I knew the clock and sleigh ride, but not really the rest. They are very fine works, and I thought the typewriter was particularly amusing.
Top

Just by chance I played a disk of his while working my way through one of the "Mercury Living Presence" box sets a few days back. Charming and fun. I really enjoyed it.
Call me Al (cuz its my name)
Top

Is that the Eastman disc with Fennell? I played that last night, after this post.

Exactly! Actually there are a number of gems like that in the Mercury boxes--most of which I skipped the first time through as "fluff" but are actually both engaging and refreshing. I spend so much time with the "core repertoire", occasionally trying to learn to appreciate some 20th century "modern" music, its nice to be reminded music can just be witty and fun and playful. Right now listening to another Fennel disk which I never thought I'd play--Music and Sounds of the Civil War

However, the playing is first rate, and I'm enjoying it quite a lot (it's morning here in Taiwan, and I am listening with my morning coffee).
Call me Al (cuz its my name)
Top

Exactly! Actually there are a number of gems like that in the Mercury boxes--most of which I skipped the first time through as "fluff" but are actually both engaging and refreshing. I spend so much time with the "core repertoire", occasionally trying to learn to appreciate some 20th century "modern" music, its nice to be reminded music can just be witty and fun and playful. Right now listening to another Fennel disk which I never thought I'd play--Music and Sounds of the Civil War

However, the playing is first rate, and I'm enjoying it quite a lot (it's morning here in Taiwan, and I am listening with my morning coffee).

That's exactly how I felt about the Mercury boxes, but it's time to have another look. Like you, I was more interested in the more mainstream stuff and some of the bigger names I didn't know so well, but all the discs have interest. There would be many, many that I simply haven't played yet. Time to do so.
Top