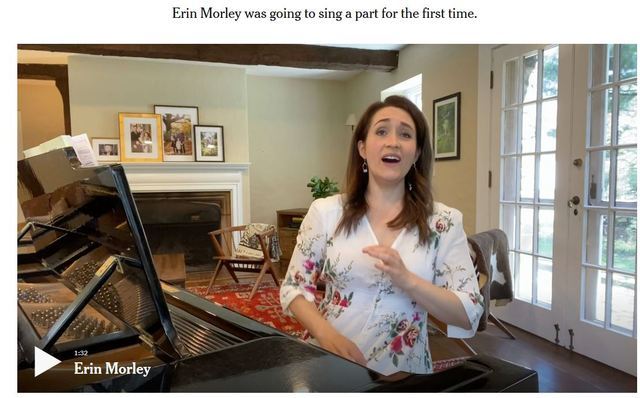 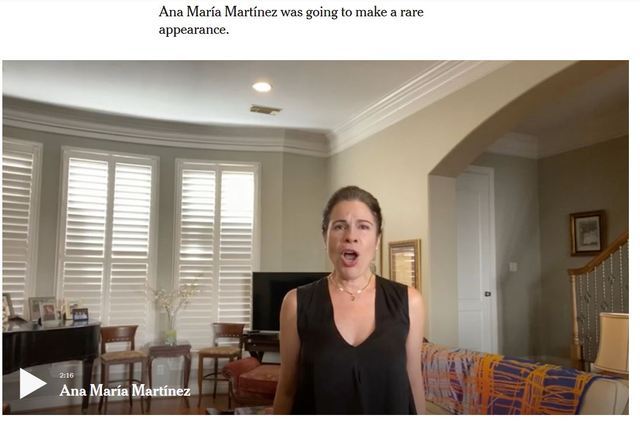 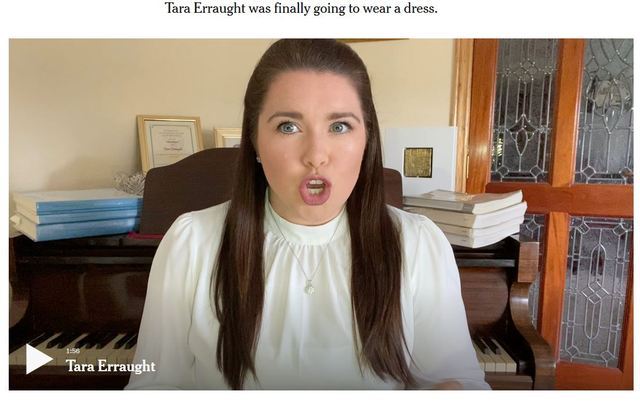 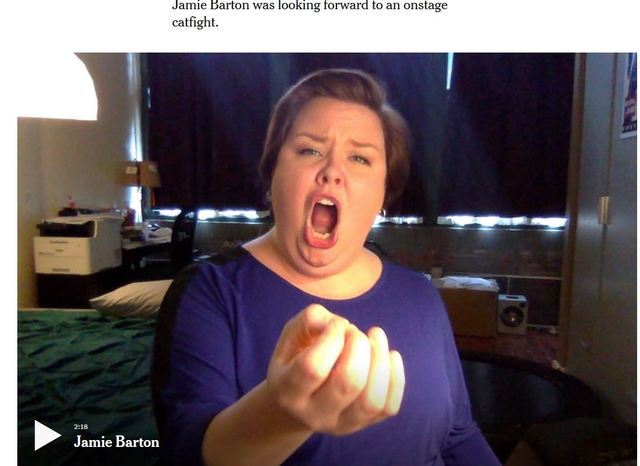 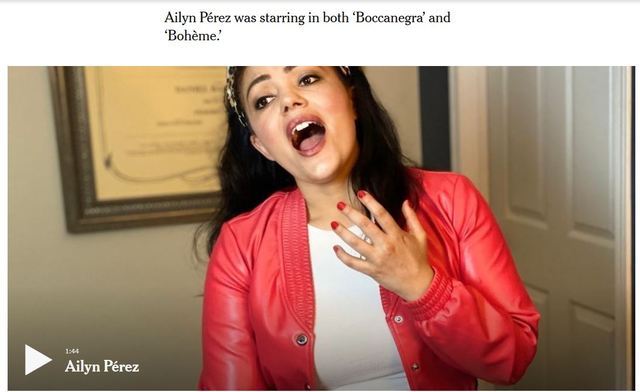 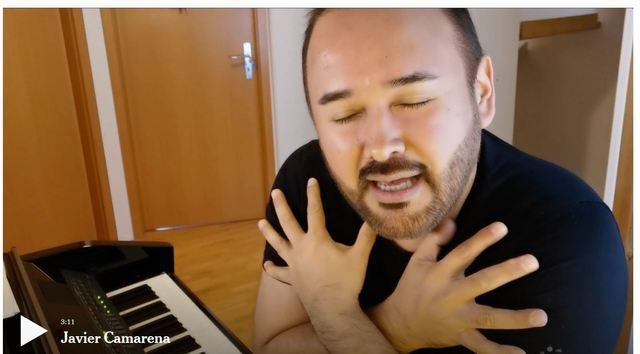 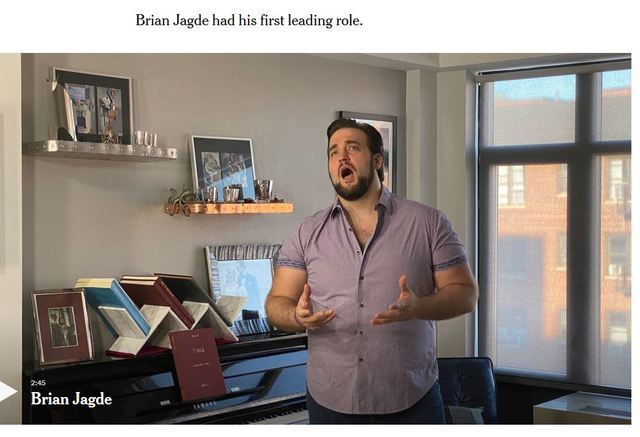 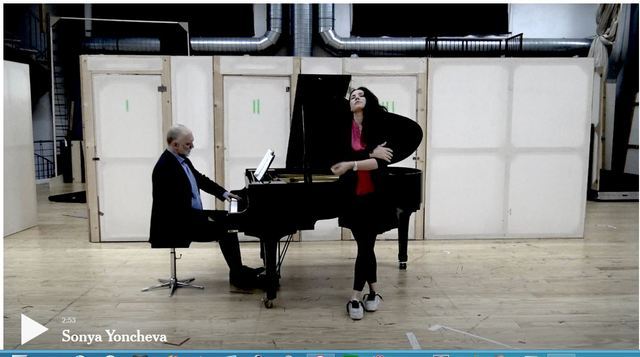 Hear singers perform excerpts from productions that were canceled because of the coronavirus pandemic.

When the coronavirus shut the Metropolitan Opera’s doors on March 12, the company was hours away from bringing up the curtain on a revival of Rossini’s bubbly Cinderella adaptation, “La Cenerentola.” Massenet’s brooding “Werther” was to open a few days later.

Those operas and others vanished with the final eight weeks of the Met’s season. So we asked some of the singers who had been waiting years to perform them to give us some musical phrases that they — and we — lost. Here are their voices, and edited excerpts from the conversations.

I’ve never sung Sophie in “Werther.” But it was another chance to work with the Met’s music director, Yannick Nézet-Séguin. It would have been my first time working with Joyce DiDonato. (I didn’t even get to meet her.) It was a reunion with Piotr Beczala. A lot of things would have been really lovely.

I don’t know that it was a role that would develop my career so much. Sophie is a smaller part. She doesn’t really have too, too much to sing, and she doesn’t sing in a huge range of emotion — or vocally, either. But she’s a beautiful character. She’s there to be the light amid the darkness. There’s a real heaviness in the rest of the story, and she’s there to break that up, for the audience and the characters.

I keep going back to my piano wanting to sing this role. It’s been hard to move on.


We have an expression in Spanish: “parteaguas,” a before-and-after, and I had one in my career singing “La Cenerentola” at the Met in 2014. It really put me in the spotlight.

Singing the aria of Don Ramiro was one of the most precious memories I have in my whole career. At the end of the aria, I have to run upstage and go out, and I remember I was running, and suddenly it was like a huge tsunami, the clapping and the screaming; it was really like a rock concert or something. And then the second performance was even more excitement, so we did the encore — and the third, it was even more.


This season I was supposed to sing Massenet’s “Manon” in the fall. But by January 2019 I was pregnant and I said to Peter Gelb, the Met’s general manager, I wouldn’t be able to do it. But this character has a special place in my heart, so I said to Peter, maybe we should switch to Puccini’s “Manon Lescaut” in spring. This happened maybe 20 days before he announced the season. It was a crazy thing, a miracle. It happened in record time.


This was going to be my sixth role debut on the stage of the Met. The Met looks very scary, but it’s one of the most comfortable places to be. And also to debut. The audience is so supportive.

I’m looking forward next season to “Il Trovatore” and “Rusalka,” both of them also for the first time anywhere. It seems a little bit crazy, but I’m not that kind of girl to be scared of what’s happening tomorrow. I’m just going for it.


I have had the great privilege of singing some extraordinary performances in my career, and many have happened at the Met. But the biggest thing I was looking forward to was having a catfight with Diana Damrau on the stage of the Met in Donizetti’s “Maria Stuarda.” Diana was one of the first people I saw in performance there, and to get to work with her — it was a highlight of the last couple of years, knowing it was coming.

Queen Elizabeth is a fascinating character. If you ever saw the Meryl Streep movie “The Iron Lady,” this is Margaret Thatcher in her heyday. I love me some Giovanna in Donizetti’s “Anna Bolena”; I love me some Adalgisa in “Norma.” But I feel like my face gets stuck in a perpetual expression of worry in those parts; how many ways can you express that? So to be able to switch it up and do Elisabetta, a character who is very flawed and yet so powerful and sure of herself, I was really looking forward to that.


This “Tosca” was the biggest disappointment of everything I’ve had canceled. Especially as someone who is from here. The first opera I ever saw was at the Met.

I did a small part here in “Arabella” in 2014. Since then I’ve performed all over the world, and I knew that at some point, the Met and I would meet each other. So I was just patient about it. But it’s that big house everybody wants to sing at.

The fact I named my dog Cavaradossi is a sign I like the role. It’s been a really lucky part for me. I’ve made many house debuts in “Tosca.” I appreciate his stand-up-guy kind of nature.

I was going to be up there with a great couple of casts. I was going to be doing the HD broadcast. Everything was coming together at the right time. But luckily I do have many future plans at the Met, so I will make that debut.


The Met sometimes casts five years ahead of time, and this “Simon Boccanegra” had already gone through shifts because of financial changes. But it would have been wonderful to sing a role I’ve done in Berlin and at La Scala in Milan, and finally be able to step into Amelia with a much more developed internal self. When the contract came, I was making decisions about going on the trajectory toward Amelia — and also Verdi’s Desdemona and Elvira in “Ernani.” As a singer, as an artist, you want theaters to think of you as on a development trajectory. To have a staple repertory — like “La Bohème,” which I was doing performances of after “Boccanegra” — and also new things you’re adding.

This would have been the opportunity to sing with the baritone Carlos Álvarez, who hasn’t been at the Met in a while. Maybe that was too good to be true. I can’t even begin to imagine what the musical and interpersonal chemistry would have been like.


The second performance of “La Cenerentola” would have been St. Patrick’s Day. That blew my mind, for an Irish person. The whole backstage was decorated in green and shamrocks. The Irish president was going to fly in, and the ambassador. It wasn’t just a big thing for me, this time.

It was one of the calmest, coolest rehearsal periods — all people who had done the roles a thousand times. It was like a family coming together. And to go from tailored trousers for the two male roles I’d done at the Met to the most beautiful gowns — I couldn’t stop looking at myself in the gown.

The Met called me on the Thursday morning, March 12, and said go home as soon as possible. I was lucky my parents were there. They helped me pack up and I flew out on Friday evening.

I did get to sing it at the dress rehearsal, albeit mostly to an empty hall. I got to sing that music in those costumes at the Met. And the audience was a group of schoolkids, and by the curtain call I felt like Beyoncé.


A few years ago, I did have the honor to perform “Madama Butterfly” at the Met. This role has become a very loyal friend and companion in my career, and I was looking forward to returning to give this performance once again, with all these added years of experience, hopefully imbuing it with even more depth.

I grew up in New York; I went to Juilliard, always seeing the Met right there. She — I’ll say she — is a muse to everyone in the art form. She’s also been a part of my day-in, day-out history since the age of 6.

I can’t speak to decisions of who sings where. I learned, even as a child: Go where you’re wanted, go where you’re welcome. I trust, at least this is my belief, that I have been placed in the places I needed to be at that moment. For my personal growth, or whoever was in the audience on that particular day who needed to hear that performance.

My career has taken me through the world, but not with a concentration at the Met. I’m just grateful for the times I’ve had there. Would I like to sing there more? Of course. But I have to emphasize that I am very grateful for every opportunity. What we do is a service. I am happy to serve.

Users browsing this forum: No registered users and 22 guests