Alot of music I never heard of before including Beethoven's Cantata on the Death of Emperor Joseph II Regards, Len 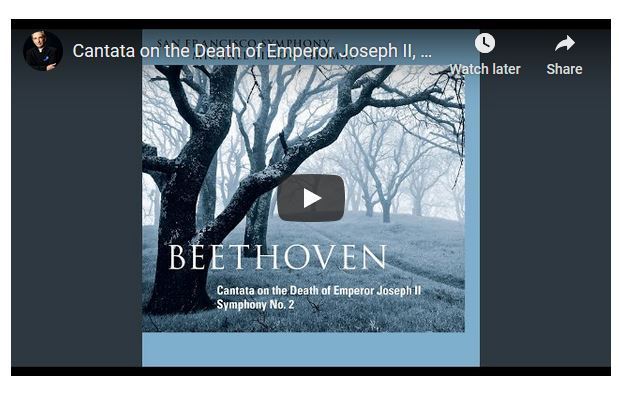 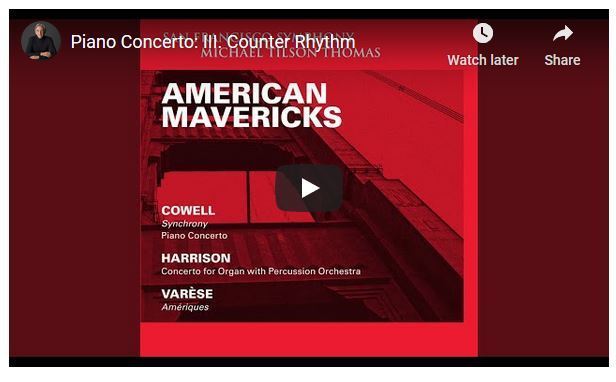 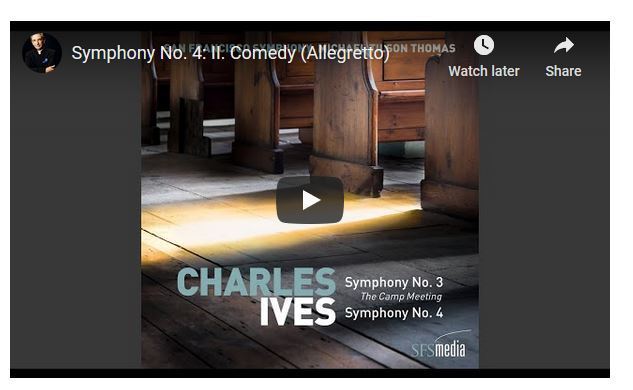 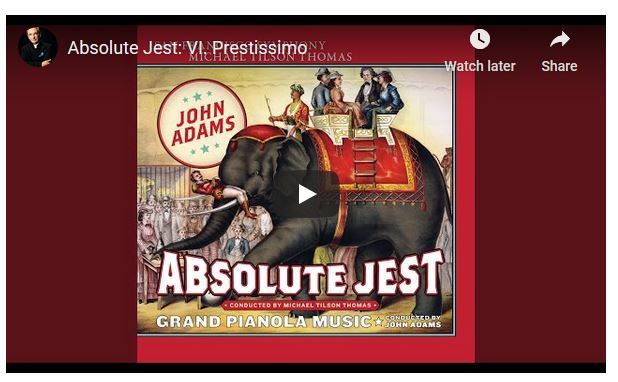 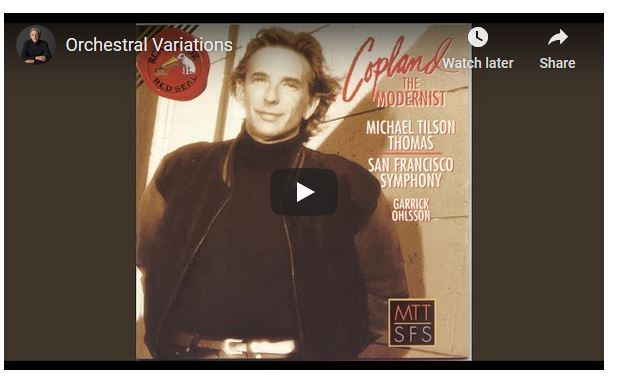 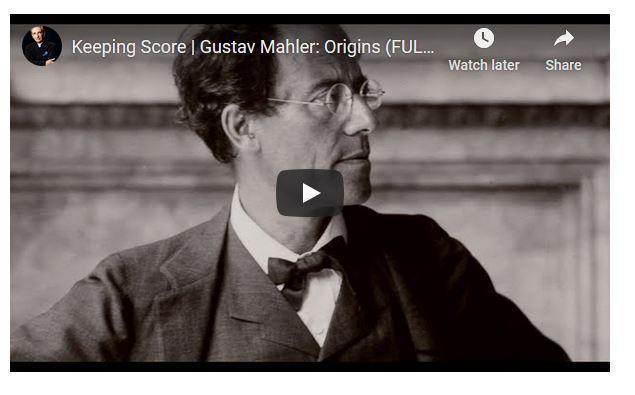 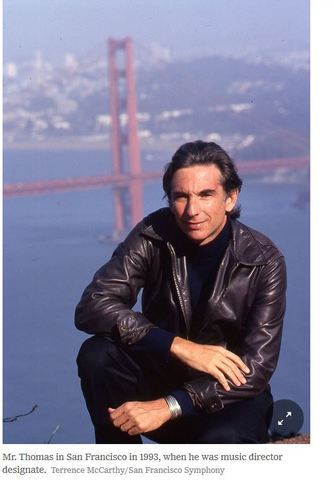 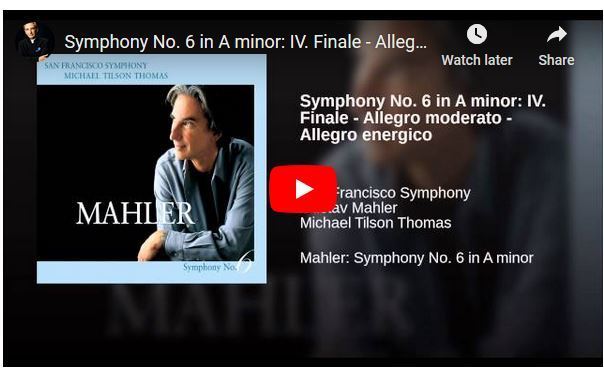 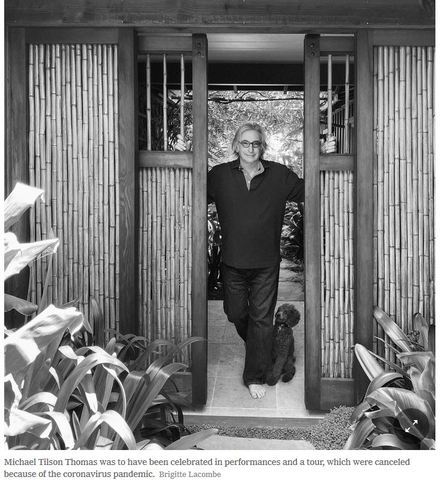 Back in the 1990s, Lou Harrison, a maverick American composer then in his late 70s, was living south of San Francisco. A beloved musical guru in the Bay Area, he had long been ignored by the prestigious San Francisco Symphony.

Michael Tilson Thomas changed that. The first piece he conducted as the orchestra’s music director, in September 1995, was a Harrison premiere, a teeming piece for an enormous ensemble, including Javanese gongs, oxygen tanks, organ — the works. And San Francisco under Mr. Thomas swiftly became a home for music by other iconoclasts, too, while burnishing its sterling reputation in the standard repertory.

After 25 years, Mr. Thomas’s transformational tenure ends this spring. It was to have been the occasion for a tour to Europe and Carnegie Hall, as well as super-scale performances of Wagner’s “Flying Dutchman” and Mahler’s “Symphony of a Thousand.” Sadly, most of the plans were lost to the coronavirus pandemic. (The orchestra is instead hosting an online celebration through June 28, releasing content from one year of Mr. Thomas’s tenure each day.)


But despite the unexpected anticlimax, Mr. Thomas’s time in San Francisco should not go unmarked as it comes to a close. From the beginning, it has been a remarkable musical marriage. Mr. Thomas presented an American work in each subscription program he led that first season, a bold statement. But he simply saw the role of an American orchestra as championing American music. If that idea now seems standard, it’s in part because of him.

He embraced composers a bit outside the mainstream, like Charles Ives, Henry Cowell, Morton Feldman, John Cage and Henry Brandt, inaugurating an American Mavericks series that drew in eager audiences. He fostered relationships with living composers; brought the orchestra to new heights of technical vitality; and turned it into one of the world’s most respected Mahler ensembles, performing and recording the composer’s complete symphonies and song cycles on a series of albums — released on the orchestra’s SFS Media label, another Thomas initiative — that garnered multiple Grammy Awards. It was also no small thing that he was an openly gay music director when that was, as it still is, a rarity.

A prodigiously talented musician, also a pianist and composer, Mr. Thomas, 75, was born in Los Angeles to a family with a rich heritage in the American Yiddish theater. He attracted attention early on for his dynamic musicianship and wide-ranging tastes. If during that youthful period he was also often perceived as bratty and rebellious, he had innovative results as music director of the Buffalo Philharmonic and principal conductor of the London Symphony Orchestra. In 1987, he helped found the New World Symphony in Miami, which became perhaps America’s pre-eminent training orchestra for young artists.

But his career will be defined by his quarter-century in San Francisco. Mr. Thomas clearly realized that by settling in and focusing on a single ensemble poised for adventure, he could foster curiosity among both players and audiences.

It’s true that over the last five seasons — more, some would say — his penchant for exploration seemed to be waning, with fewer fresh initiatives and more of a tilt toward the standard repertory. Mr. Thomas answered this criticism, in essence, by deciding to move on. It’s time for other perspectives and voices; Esa-Pekka Salonen, his successor, is sure to pull the orchestra in new directions. But if the San Francisco Symphony is ready for those challenges, it’s in large part because of all that Mr. Thomas has already done.

Here is a selection of some favorites among the many recordings they have made together, chosen by New York Times critics.
◆ ◆ ◆
Copland

For one of his first recordings with San Francisco, in 1996, Mr. Thomas emphasized that Aaron Copland, the cozy-seeming composer of “Appalachian Spring,” had an unabashed modernist streak. I especially like the bristling performance of the raw and riveting Orchestral Variations, Copland’s arrangement of his flinty Piano Variations. ANTHONY TOMMASINI
◆ ◆ ◆
Carl Ruggles

Mr. Thomas is unusual among the leaders of the country’s largest orchestras: He’s an American. And he has made a sustained project of presenting music by his compatriots. There are puzzling omissions — the composers he chooses tend to be white and male — but Mr. Thomas’s efforts have nevertheless been essential to keeping in the repertory works by singular, often overlooked voices. He may be the most prominent champion of Carl Ruggles, a contemporary of Ives whose muscular “Sun-Treader” offers a brassy declaration of American atonality. JOSHUA BARONE
An excerpt from “Sun-Treader”
San Francisco Symphony
◆ ◆ ◆
Mahler

Mr. Thomas is the most gifted and effective educator about music for the general public since Leonard Bernstein. Take the documentary “Gustav Mahler: Origins,” part of the ambitious Keeping Score project that he inaugurated. In it, Mr. Thomas journeys to rural stretches of the Czech Republic to discover the origins of Mahler’s music in street bands, folk songs and nature, then revealingly analyzes the First Symphony before ending with an exciting complete performance. ANTHONY TOMMASINI

Mr. Tilson Thomas’s middle period with the San Francisco Symphony was dominated by Mahler, whose symphonies it took them the better part of a decade to release, to immense acclaim. They began with this Sixth, which they recorded in the days after Sept. 11. Perhaps a little fussy at times, it is still properly intense and flawlessly played, a convincing start to what became the best American Mahler cycle since Leonard Bernstein’s with the New York Philharmonic. DAVID ALLEN
◆ ◆ ◆
John Adams

The orchestra’s productive relationship with John Adams, the paterfamilias of Bay Area composers, began long before Mr. Thomas’s tenure but continued to flourish under his leadership. “I Still Dance,” a propulsive tribute to Mr. Thomas and his husband, Joshua Robison, opened the most recent season in San Francisco, the latest in a line of extraordinary commissions that includes “Absolute Jest” (2012), a frenetic journey through the sound world of late Beethoven. JOSHUA BARONE
◆ ◆ ◆
Bernstein

In 2013, Mr. Thomas and the orchestra earned the rare permission from all of the “West Side Story” rights holders to perform Bernstein’s full score as a concert work. Their rendition is sensitive to all the grit in the writing. When the soprano Julia Bullock sings “Somewhere,” her final syllables resonate with triumphant hopefulness, but the ensemble roils underneath, as if predicting the tragic finale, the dashing of individual hopes. SETH COLTER WALLS
“Somewhere” from “West Side Story”
San Francisco Symphony
◆ ◆ ◆
Ives

Mr. Thomas’s long love affair with Ives reached a pinnacle with this 2019 release of the Fourth Symphony, his second recording of the work. In the chaotic — and lovely — second movement, the brasses that run riot over pensive strings have all the bombast that they need. Delicacy mixes with pungency, courtesy a veteran Ivesian. SETH COLTER WALLS
◆ ◆ ◆
Henry Cowell

There are few recordings of Cowell’s rarely performed Piano Concerto, so Mr. Thomas and San Francisco’s sparkling rendition, with Jeremy Denk a precisely pounding soloist, is a gift. All three movements of the 15-minute work are delightful, but listen to the finale, “Counter Rhythm,” which goes through moods alternately grim, jerky, playful, cosmic, suave and woozy before ending with a CinemaScope-wide flourish. ZACHARY WOOLFE
◆ ◆ ◆
Beethoven

Another of San Francisco’s additions to the body of rarely recorded works — albeit by a rather more widely known composer — is Beethoven’s early, superb “Cantata on the Death of Emperor Joseph II.” Mr. Thomas’s orchestra is as sober and burnished here as it is angular in Cowell. ZACHARY WOOLFE

Anthony Tommasini is the chief classical music critic. He writes about orchestras, opera and diverse styles of contemporary music, and he reports regularly from major international festivals. A pianist, he holds a Doctorate of Musical Arts from Boston University. @TommasiniNYT

Re: After 25 Years, San Francisco’s Maverick Conductor Moves On

I have just two favorite recordings by Tilson-Thomas, a Gershwin album of the original band version of Rhapsody in Blue & American in Paris, and a stunning Carmina Burana, with the chorus prepared by Robert Page, one of the greatest choral conductors of the last century (I sang Vaughan-Williams's Serenade to Music under him in high school).

Thomas's Mahler gets mixed reviews from me and those in my circle, but some discs have been well-received. He was mentored by Bernstein in the beginning, so no wonder he's a fine explainer. I wonder what his plans are for the future? The article doesn't say.

Re: After 25 Years, San Francisco’s Maverick Conductor Moves On

I was at Davies Symphony Hall for his second week of concerts (13th Sept 1995). Ives orchestral songs, Schoenberg’s Survivor from Warsaw and Beethoven 9. It was very much “an occasion” but I am afraid I was unmoved by his Beethoven. The best was the Schoenberg, with Benjamin Luxon.