Haven't had much time for opera these days-even short ones like these. Between our own garden and taking short outdoor excursions closer to home that don't require hotel stays or restaurants especially with some beautiful weather of late is taking up much of the time. We've been using super markets for any pit stops required. Regards, Len 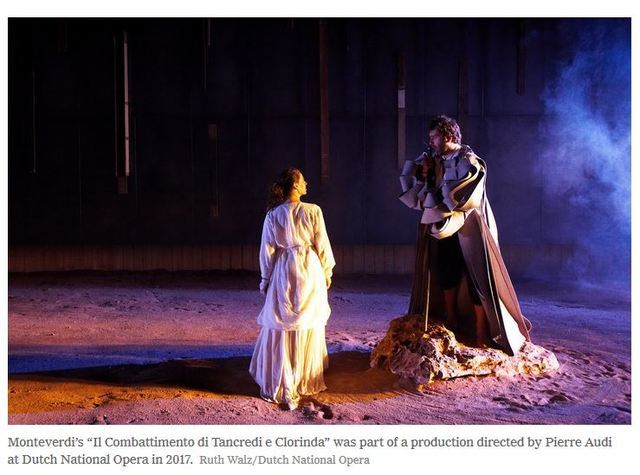 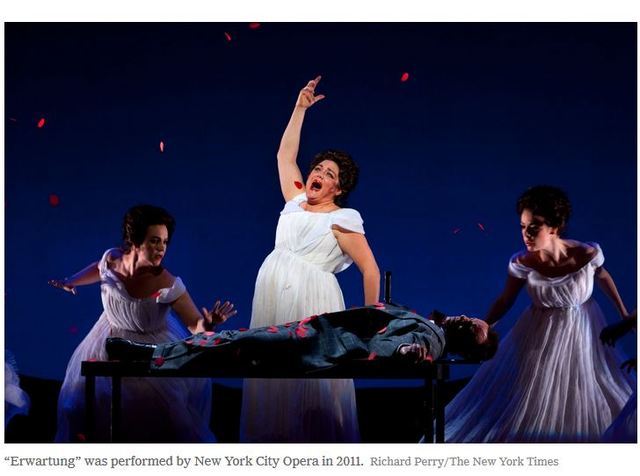 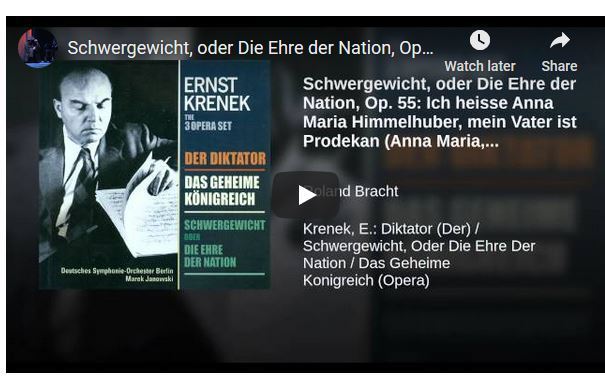 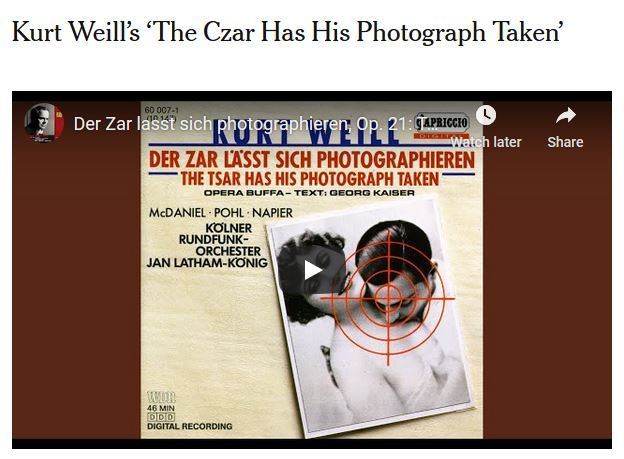 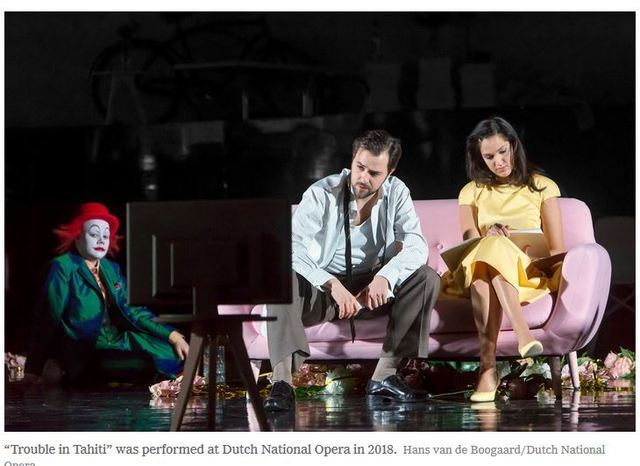 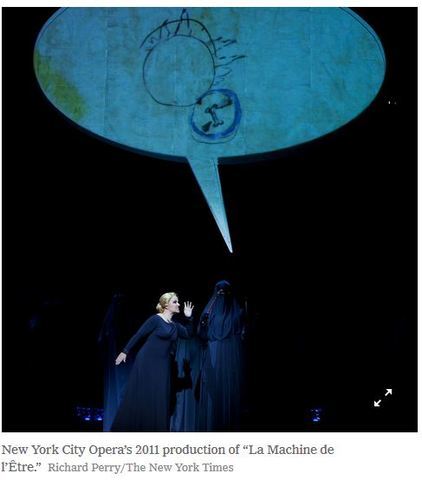 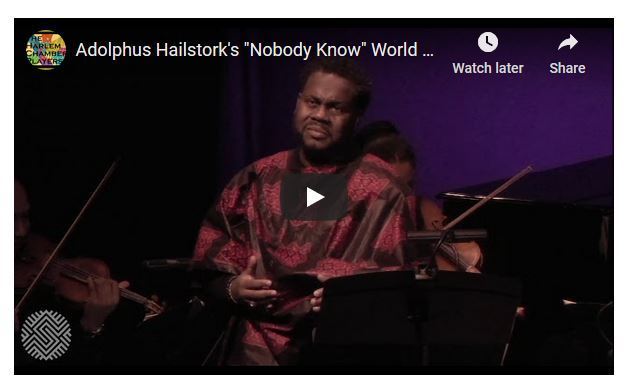 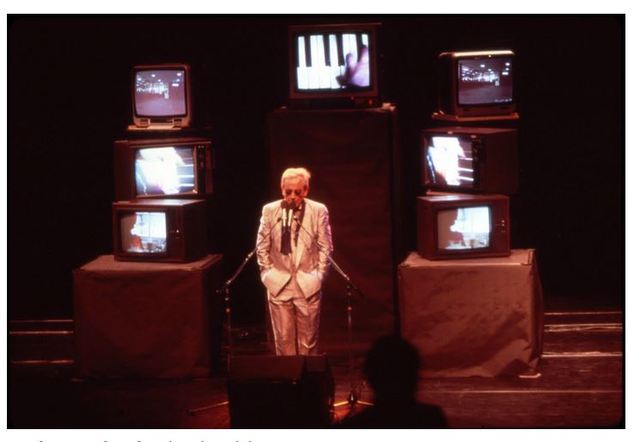 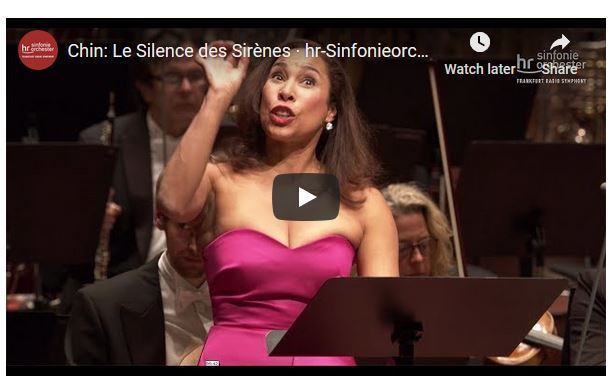 Opera is often assumed to be just about bigness. But here are 10 operas where size isn’t everything.

Opera is often assumed to be just about bigness. Powerful voices, huge choruses and imposing orchestral forces dominate our sense of the art form.

Yet overwhelming scale isn’t everything.

And at the moment, scale is a particular problem for opera companies trying to manage a return amid the coronavirus pandemic. While grand opera — that enemy of social distancing — might be impossible for a time, that doesn’t mean opera can’t work. For centuries, composers have been writing more compact pieces.

The last century, in particular, has seen a variety of approaches to concise classical music drama. What follows below is a tour through the history of the radically short opera — something similar in length to an hourlong television drama (or even shorter). You could hear all 10 of the works below in about the same amount of time it takes to watch Wagner’s “Götterdämmerung” at the Metropolitan Opera.

Between the first two of his surviving operas, Claudio Monteverdi wrote this stand-alone scene for three vocalists. When it was later published, in 1638, it was as part of a book of madrigals. Though described as a work of dramatic representation, the nature of its publication contributed to confusion over how to classify the scene. (If it isn’t several hours long, is it really an opera?)

This short narrative about warriors in the Crusades is, at heart, a tale of star-crossed lovers. (Underneath the helmets of battle, gender identity is obscured.) Agitated, tremolo figures in Monteverdi’s strings help him ramp up the tension without a long narrative windup.

The director Pierre Audi included a staging of this scene in his cycle of Monteverdi’s better known operas — and, in an interview in the DVD release, also calls it the composer’s greatest work.
Arnold Schoenberg’s ‘Erwartung’

After Monteverdi, it took some time for narrative pith to come back into operatic style. (Even Telemann’s one-act “Don Quichotte auf der Hochzeit des Comacho” requires a full hour.)

But early in the 20th century, experimental music merged with other new forms of drama in shorter works. Schoenberg’s flight into atonality was helped along with this mysterious monodrama, based on a text by Marie Pappenheim.

Early on, the female protagonist mistakes a tree trunk for a corpse in the forest — only to quickly find another dead body that she takes for her absent lover. Schoenberg deleted some of the clearer dramatic lines in Pappenheim’s text, making the work all the more unstable and spooky.
Ernst Krenek’s ‘Heavyweight, or The Glory of The Nation’

“Zeitoper” — “opera of the times” — was a trend during Germany’s Weimar era. In addition to incorporating dances partially inspired by American jazz, works by composers like Krenek also dramatized mass media. This 16-minute burlesque comedy features a scene in which a prizefighter parries a series of questions from a journalist, who mistakes one of the heavyweight’s objections to his breakfast as an answer to a query. Later, the reporter dutifully sounds out the athlete about his reading habits, only to be told, “I have the evening paper in the toilet.”
Kurt Weill’s ‘The Czar Has His Photograph Taken’

One of Krenek’s rivals on the Weimar scene, Weill was also eager to sketch sardonic moods. And, as the musicologist Susan C. Cook has observed, he included up-to-the-minute technologies — like doorbells and phone ringers — in this score. This comic opera focuses on an assassination plot. (A photographer’s studio is overtaken by radicals who disguise their gun as the camera.)

Toward the end, Weill has a pair of singers dance to a tango — but not one played during performances by the pit musicians. Instead, the singers tango, as they might in real life, to a gramophone recording of Weill’s music. This “Tango Angele” became famous as an example of multimedia art. Newer recordings can add a bit of vintage phonograph crackle into the mix to create the right vibe.
Leonard Bernstein’s ‘Trouble in Tahiti’


Bernstein’s acidic opera in seven scenes has been connected to the “Zeitoper” tradition. But the way it peers beneath suburbia’s would-be idyllic surface can also be seen as a forerunner of cultural touchstones like “Twin Peaks.”

During the first scene, a tiff between a husband and wife is occasionally interrupted by a trio of voices, whose harmonies are meant to evoke radio advertisements. Bernstein later reused this short opera as a long flashback within the action of his opera “A Quiet Place.” It works well in that context, but also standing by itself.

One of this composer’s most important pieces, “Perfect Lives” is an opera in seven 30-minute episodes, each conceived for television. Before making the fully produced video version, Ashley recorded two of those episodes as stand-alone works, on the album “Private Parts.” It includes a 21-minute performance of “The Park,” in which keyboard and tabla undergird Ashley’s monotone vocal performance.


His text is rich in philosophical insight and irony. At one point, when describing the protagonist’s relationship with a phone’s dial tone, he softly says, “He hung up, very dramatic.” But the music hovers gently around these words, transporting listeners to a more reflective space.

Mr. Zorn is a famous workaholic. And some of his scores sit idle for years, waiting for the right interpreter. In this case, a short, textless opera that was finished in 2000 didn’t see the stage until 2011, when New York City Opera juxtaposed it with “Erwartung” and Morton Feldman’s “Neither.”

Ms. Chin’s evening-length adaptation of “Alice in Wonderland” helped establish her operatic bona fides, but this subsequent scene for soprano and orchestra revealed her ability to to spin drama more succinctly.

She blended two different texts to craft the libretto: a Homeric siren song and a portion of James Joyce’s “Ulysses.” The best fun to be had here, though, doesn’t involve spotting the references to older texts; rather, listen for the swooping interplay between the composer’s motifs for soprano and a kinetic, quick-changing orchestra.

While this composer’s works have long been performed by a variety of ensembles, his vibrant work remains too rarely heard on recordings. Commissioned by the Harlem Chamber Players and preserved on a video recording made by the Schomburg Center for Research in Black Culture, this 20-minute “concert aria” dramatizes the scene of Jesus’s crucifixion, from the vantage point of the penitent thief crucified alongside him.

The varied instrumental writing, for string quartet, has a prismatic quality. Stray bluesy figures and tart chromaticism bring to mind an observation about Mr. Hailstork once made by conductor Thomas Wilkins: “You hear his upbringing in his music; you hear his culture in his music. But it’s not on the sleeve.”
Jeffrey Young and Paul Pinto’s ‘Jeff Young and Paul Pinto, Patriots, Run for Public Office …’

The verbose quality of this short opera with a long title harkens back to other textually dense pieces, like Ashley’s. (Mr. Pinto has appeared in multiple productions of Ashley’s works.) But this micro-opera is more antic than anything written by the author of “The Park.”

During ‘Intro,’ which is the second number in the piece, the candidate-singers proffer a series of slogans: “Our politics is a journey. Not a network of schemata. Not good TV! Not your identification. Not a PowerPoint presentation, nor your eco-friendly tote. Not a box to tick! And certainly not a patchwork of platforms on which we but temporarily rest our shiny shoes.”

I've seen a couple of those Len. The battle of Tancredi and Clorinda didn't do much for me. I'm not much keen on 17th c opera.
But Erwartung was sensational at a Melbourne Festival 20 years ago, and I also enjoyed Trouble in Tahiti. Very witty.
Top

I'm with you on Erwartung, Len, but I'm an admirer of Bluebeard and Bernstein's Trouble in Tahiti. Bluebeard has some wonderful moments in the score that bear up to repeated listening, IMHO. As for Baroque opera, Barney, I am a fan, although I'm not familiar with the ones mentioned in the article.
Top

Yes, that's the traditional combination Len, like Cav/Pag, and it was when I saw it. I knew the Bartok, which I quite like, but had never heard the Schoenberg. I wouldn't sit down and listen on CD for the pleasure of it (apologies to Modernistfan), but this production was just superb, imaginative and beautifully performed, and after all it was intended to be seen on stage.
Top

Brian thanks-this is a work I've never seen-I have to give it a shot sometime-I think it could be available free from youtube? Regards, Len
Top

Lance, thanks-very thoughtful of you

-we have to try to remain a little happier these days with what's going on! Regards, Len
Top
Post Reply
8 posts • Page 1 of 1