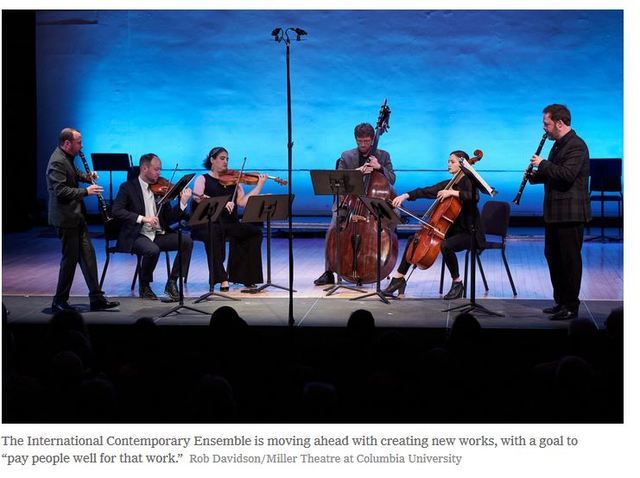 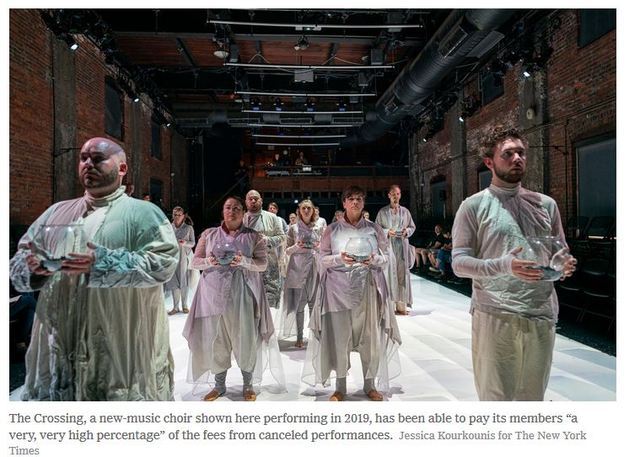 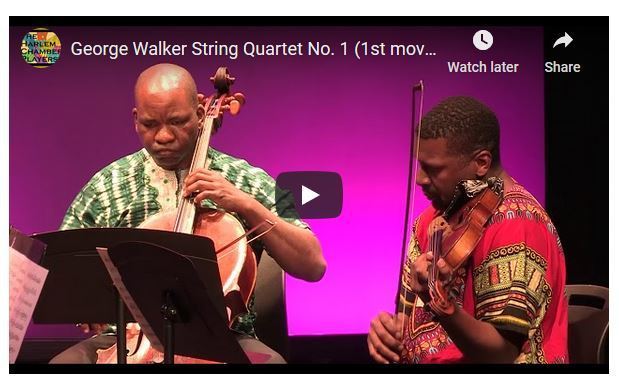 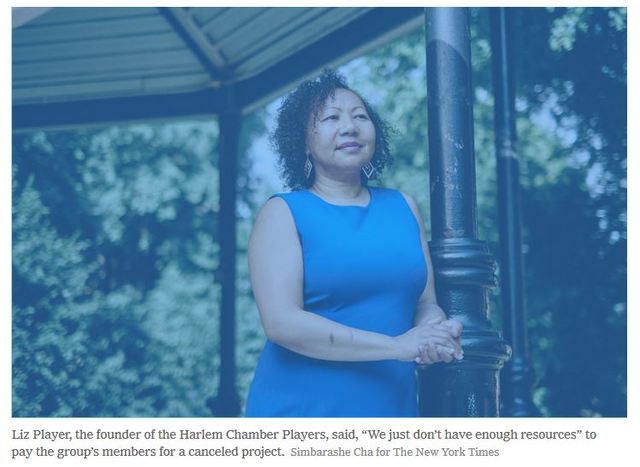 Midsize ensembles may feel like families. But their members are generally freelancers, without compensation guarantees.

But what of the ensembles between big and small? Such groups have a modest core membership — half a dozen, 10 or 20 people — and play together often. While they may feel like family, they are generally made up of freelancers, without guarantees of employment or compensation.

For the Harlem Chamber Players and its core of 25 to 30 instrumentalists, the coronavirus put a freeze on an ambitious plan to perform R. Nathaniel Dett’s 1932 oratorio “The Ordering of Moses” this month. Liz Player, a clarinetist and the founder of the ensemble, described the cancellation in an interview as “downright devastating, to be honest.”

“We’re very small, with a small budget,” she added. The group had been hoping the performance would “propel us to that next level.”

After a decade of working on a shoestring, the ensemble had secured a substantial grant from the Upper Manhattan Empowerment Zone and a partnership with the Cathedral Church of St. John the Divine, which was to host the performance.

“We were hoping to invite more grant funders to see: Hey, we have this thing going on,” Ms. Player said. “Classical music featuring mostly black musicians, or musicians of color.”

The empowerment zone’s grant will remain, and Ms. Player says the cathedral is interested in rescheduling “The Ordering of Moses” for June 2021. But in the meantime, some of the group’s musicians — a regular cohort, but hired concert to concert — have been struggling.

“I was hoping we would be able to somehow put together a relief fund,” she said. “But we just don’t have enough resources for that.”

Ekmeles, a vocal ensemble with a core roster of six singers, has not been able to give those artists any relief for canceled concerts. Charlotte Mundy, a core member, said in an interview that the group now intends to livestream a performance this summer, and that Ekmeles may add to its discography, which includes the vibrant recent album “A Howl, That Was Also a Prayer.” But Ms. Mundy said she was living off her savings.

Even in Europe, which has a reputation for generous governmental arts subsidies, midsize ensembles have found it difficult to support their musicians. In an email, Susanne Blumenthal, the conductor of the EOS Chamber Orchestra in Cologne, Germany, said that even when canceled concerts have been rescheduled, most payments have been delayed, too.

“Some organizers have offered an advance of 50 percent for the rescheduled concerts in the coming year,” she said. “But unfortunately only to me as conductor and not to the whole orchestra.” Still, EOS was able to present one performance recently, with socially distanced seating for the players.


As some midsize ensembles struggle to pay artists, others, with deeper pockets, have been finding ways to support their members. The Crossing, a leader in the field of contemporary vocal performance, secured enough funding from a variety of sources to pay not only its core group of 24 singers, but also additional instrumentalists who had been contracted for certain performances. In an interview, the group’s conductor, Donald Nally said, “We paid a very, very high percentage of all the contracts of all the artists” for dates through the summer.

The International Contemporary Ensemble, known as ICE, accordions in size from solos to a band of 36 players. During the pandemic, ICE has leaned heavily on its relationships with foundations and its board members, as well as the presenters of canceled concerts.

“All the presenters and venues that we’ve spoken to have paid us something: a portion or the entirety of the contracts,” said Ross Karre, one of the group’s artistic directors. “Opera Omaha said, without hesitation, ‘We’re going to pay you the entirety of your contract.’ It really set a standard. And we routed every dollar of those payments directly to artists.”


ICE’s other artistic director, Rebekah Heller, said that the ensemble had also stepped up its fund-raising — if quietly, out of respect for similarly sized groups with less developed donor contact lists.

She added that ICE was moving forward with paying artists to create new works, “and to pay people well for that work.” And if commissions need to change — in terms of delivery date, or even in conceptual approach — the ensemble is working with composers to adapt the development process, as with “Awakening,” an opera in progress from a creative team that includes the composer Courtney Bryan.

Such efforts have ensured survival for musicians like Daniel Lippel — at least for the moment. A guitarist in ICE, Mr. Lippel also runs the vibrant contemporary-music label New Focus Recordings, which distributes some of the ensemble’s albums. Mr. Lippel can even donate some of New Focus’s proceeds to artists on his label, since ICE has paid him for multiple canceled dates.

“Some musicians have an urgent need to find money to pay their rent,” he said. “I’m not, luckily, in that situation.” (He added that if concerts are still off into early 2021, things may well look different for him.)

The reliably energizing Wet Ink Ensemble has a core group of eight players and artistic directors, yet expands to more than 20 musicians for specific shows. After canceling a May concert for that larger ensemble, which was tied to a new album’s release date, the electronic musician Sam Pluta, a Wet Ink director, said the group still managed to pay each contracted player.

Artists who could not commit to a rescheduled date in the future were immediately given 20 percent of their contracted fee. Those who could commit received 50 percent, with the rest to come after the new date.

“That’s a model we got from ICE,” Mr. Pluta said. “Hopefully that helps people a little bit.”

For Ensemble Dal Niente, based in Chicago, which has made acclaimed recordings of works by George Lewis and Marcos Balter, the current policy is to pay musicians a third of their fees for concerts canceled during the pandemic.

The ensemble’s executive director, the harpist Benjamin Melsky, said that this was “not a ton of money,” but added that in the current environment, everything helps.

“We’re still waiting for a few more rounds of relief-funding applications to go through,” he added, “to see if we can make a second payment” to the group’s freelancers.

It was support from foundations that allowed for the initial payments. Mr. Melsky said the Amphion Foundation and the Copland Foundation “expedited their ‘general operating’ money payouts to be emergency payouts, which just means that everybody that is a current grantee will get a check earlier, with a much simpler platform for requests.” (ICE’s executive director, Jennifer Kessler, described similar flexibility from some institutional funders.)

“Some people in the group have a lecture position,” Mr. Melsky said. “Some people also have admin-y jobs, like data entry, or have significant others that have more regular income.”

“But there are a couple folks in the group who exclusively rely on freelance income,” he added. For those players, he acknowledged that even the stopgap solutions are insufficient.

That’s a common refrain. After describing Wet Ink’s efforts, Mr. Pluta put it succinctly: “I know that it’s not enough.”

Users browsing this forum: No registered users and 12 guests