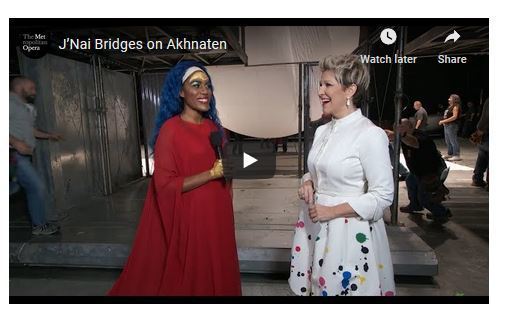 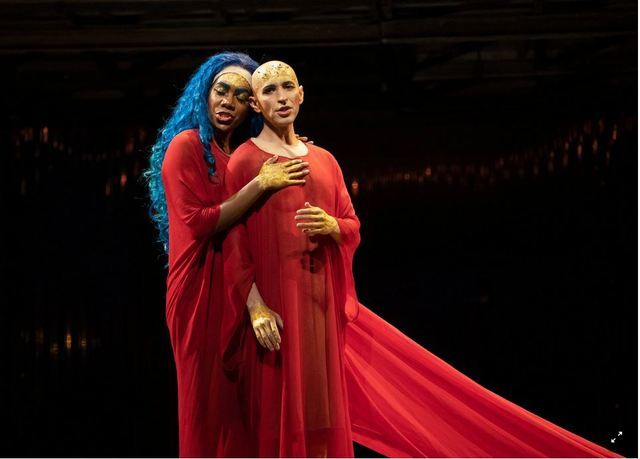 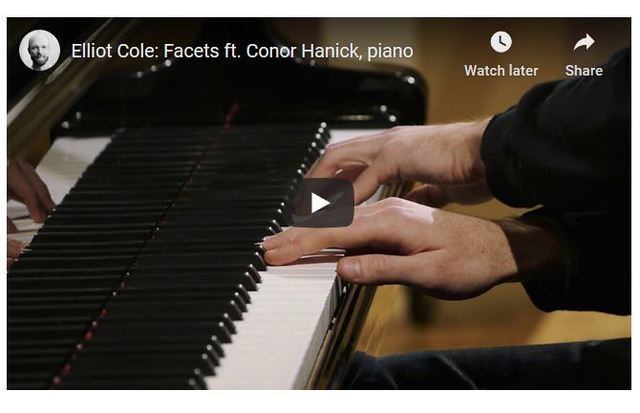 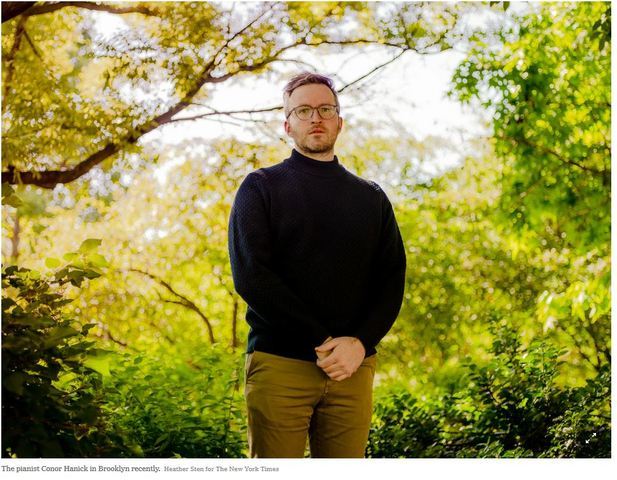 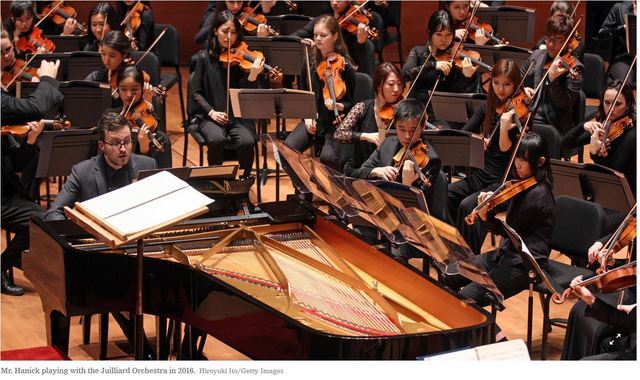 The mezzo-soprano J’Nai Bridges reckons with the challenges of the pandemic along with other freelance musicians, like the pianist Conor Hanick.

“Once you make it on the stage of the Metropolitan Opera, you are set,” the mezzo-soprano J’Nai Bridges said recently.

When Ms. Bridges, 33, debuted at the Met in November in Philip Glass’s “Akhnaten,” she had already sung canonical roles around the world. But she found in Mr. Glass’s Nefertiti an ideal vocal and theatrical fit. With this unconventional role there would be fewer preconceived notions, she said, and “more space for people to receive my performance honesty and openly.”

A writer for The New York Times Magazine followed Ms. Bridges as she prepared for the debut. Opening night went wonderfully. The reviews were excellent. The run, which included an HD broadcast, sold out. Ms. Bridges was ecstatic.

And then everything stopped.

In March, midway through a well received run as Dalila in the Washington National Opera’s production of “Samson et Dalila,” that company, along with performing arts institutions around the world, closed down in response to the coronavirus pandemic. One by one, all of Ms. Bridges’s spring and summer engagements were canceled: “Carmen” at the Dutch National Opera, Berg’s “Wozzeck” at the Aix-en-Provence Festival in France.

When we first spoke in May, she was still hanging on for a BBC Proms concert in London in July. Simon Rattle was to conduct Chineke, an orchestra founded in 2015 to provide opportunities to young musicians of color, in Beethoven’s Ninth Symphony, with Ms. Bridges, Pretty Yende, Lawrence Brownlee and Ryan Speedo Green as the vocal soloists.

It was a performance that meant a great deal to her — then it, too, was canceled. A flood of fall cancellations followed, including the Met, where she was slated to sing the title role in “Carmen” in October, a return to the stage where she’d been so acclaimed a year before in “Akhnaten.”

“To go from maybe the highest point in my career so far to literally nothing has been tragic, to say the least,” she said. “Initially I was in disbelief and shock. Since then I’ve been going through phases of fighting back, despair and acceptance.”

For classical music, which for all its ritzy connotations has always been economically fragile, the impact of the pandemic has been devastating — for large companies as well as for freelance artists like Ms. Bridges.

It’s true: While opera fans may think of Ms. Bridges as a fancy diva, she is a freelancer who lives gig to gig. The same goes even for world-famous prima donnas like Anna Netrebko. Neither the Met nor any other company offers either of them a salary, even though both are, in the opera world, stars.


The same goes for artists who are stars in the contemporary music world, like Conor Hanick, a brilliant pianist who plays a wide range of repertory superbly but is best known for his commanding performances of contemporary solo and chamber works. Musicians like Mr. Hanick, 37, can seem to occupy a kind of classical music underground, often playing in smaller, alternative spaces, chamber festivals, or offshoot events presented by larger institutions. But this world is a crucial hotbed of creativity, and Mr. Hanick is a major figure in it.

When we first spoke, in May, he was feeling bleak but was coming to some helpful realizations while staying close to home in his Brooklyn apartment with his wife and 10-month-old son. He spoke of his “decimated season,” with projects canceled and premieres canned.

“In a weird and depressing way, this catastrophe has been one of the mighty levelers of my career,” he said. “I don’t have any work in the next few months, but I don’t think Yo-Yo Ma has any either, or someone like my friend Julia Bullock.”

It was a source of comfort, he added, that “we’re all experiencing similar feelings of uncertainly.”

Luckily, his wife, Silvia Lin-Hanick, is a librarian and associate professor at LaGuardia Community College; her family has been able to be on her health insurance plan.

Some institutions have been able to fulfill their commitments to performers like him. For going on eight summers, Mr. Hanick has been on the faculty of the Music Academy of the West in Santa Barbara, Calif. This summer, he will be participating from home in the school’s Remote-Learning Institute. The work will be fulfilling, he said, and getting paid is a great relief. (Two weeks shorter than usual this year, the school will pay him in full for the weeks he is working and in part for the canceled period.)


A concert he was scheduled to take part in this summer at the Caramoor Festival in Katonah, N.Y., alongside the four members of the Sandbox Percussion ensemble will proceed, though without a live audience, as part of a series of livestreamed programs from Caramoor. Mr. Hanick has been learning the challenging solo part for Christopher Cerrone’s new concerto for solo prepared piano and percussion quartet.

Though grateful to Caramoor for keeping the project alive, Mr. Hanick has been struggling with the emotions of “infiltrating other people’s bubbles,” as he put it. He has been working on the score through online conferences with Mr. Cerrone. Both he and the members of Sandbox Percussion in Brooklyn will all be tested for the virus before they begin rehearsals in mid-July. Mr. Hanick plans to rent a car to travel to the ensemble’s studio in Sunset Park rather than risking the subway. They will travel in a group to Caramoor for the Aug. 6 program.

But other works that were on his docket have remained unpracticed while the music world prepares to spend much of the next year in hibernation. “Any minute spent at the piano is obviously a minute spent toward something larger,” he said. Still, he added, “To spend, say, 25 hours learning and rehearsing a new piece only to have it canceled is literally an investment that doesn’t pay off, in a purely economic sense.”

Unlike him, Ms. Bridges has no regular teaching position to fall back on. Though she loves living in New York, everyone is isolating. So she decided to leave her apartment in Harlem and go to Houston to stay with friends.

“I told myself that we don’t get awards for deciding to do this alone,” she said. So she decided to listen to herself and “not really do anything.”

She has been taking time to get a better handle on languages, key for an opera singer, and to immerse herself again in gospel and jazz, music she grew up with. In May she had a gratifying experience doing an online discussion with students at Northwestern University. “It gave me much-needed joy,” she said.

Then came the killing of George Floyd in Minneapolis, and the wave of protests that followed. Los Angeles Opera invited Ms. Bridges to present a livestreamed recital. She told the company that she was not in the right emotional place for that. Instead, she proposed a panel discussion with her and fellow singers of color to discuss racial issues in opera and society.

“These are conversations that black artists have every day with each other,” she said. “I’m tired of having them. But if we are having them, we might as well be on a platform.”

Available on the company’s website, the panel included Mr. Brownlee, Ms. Bullock, the soprano Karen Slack, the tenor Russell Thomas and the bass Morris Robinson. The participants brought up painful personal experiences in life and at work. Mr. Robinson noted that after 20 years in opera, he has yet to be hired by a black general manager or greeted by a black board chairman, and has never been directed or conducted by a black artist.

In the most poignant exchange, all six singers spoke of how tiring it is to be constantly expected to teach their white colleagues about racism. Shouldn’t the issues involved, basic questions of right and wrong, be obvious to all?

“I’ve been asked how it is being a black opera singer,” Ms. Bridges told me following the panel. “That’s the craziest question. I’m an artist. I’m a singer. I go out onstage. I don’t have to save the world.”

All she has to do, as performances remain on pause, is hold on. Ms. Bridges, Mr. Hanick and musicians in all stages of their careers and levels of fame are hoping for some semblance of normalcy in 2021. Ms. Bridges sounded sure of one thing.

“Artists will come back with more inspiration, and people will change,” she said.

The experience of live music will deepen, she insisted: “How can it not?”

Very interesting, Len.
You have to feel for them. Here's us - me, anyway - whinging about not being able to go to concerts and operas.Their whole lives are on hold, with very uncertain prospects.
Top

Thanks for that, Len!

An artist's life is not an easy one, even for stars. My nephew in California, who is a highly successful freelance French horn player who plays steadily with orchestras on the West Coast, has suffered terribly with all the cancellations, and his income has plummeted. He's currently working on a recording project, but CDs don't pay much these days, and he was about to buy his first house, plans now put on hold. He's been supporting a family, with two teenage boys, while his wife, also a horn player, teaches. California, like NY, is an extremely costly state to live in. I fear now that he may never have that dream home.
Top