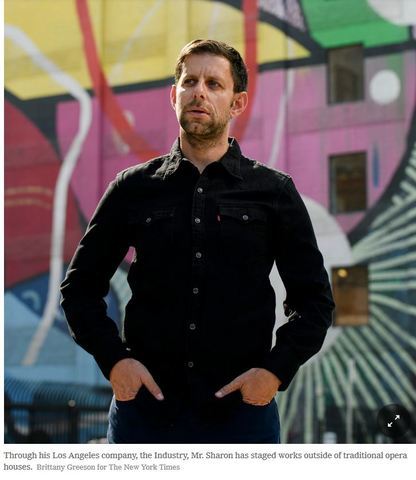 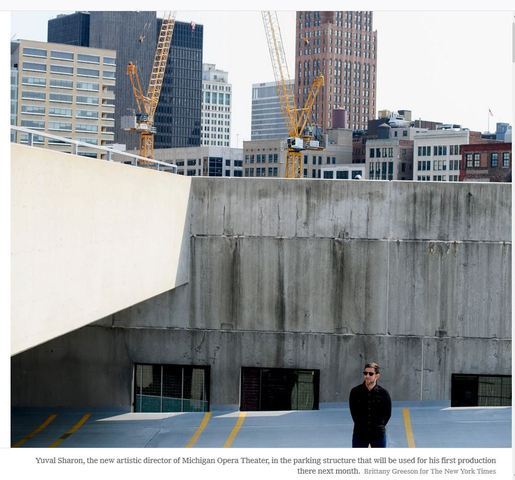 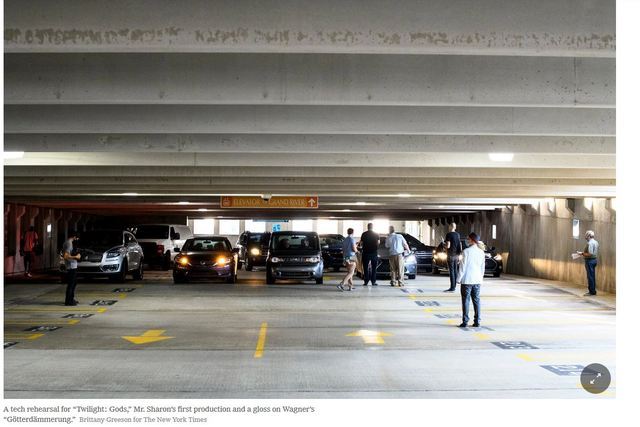 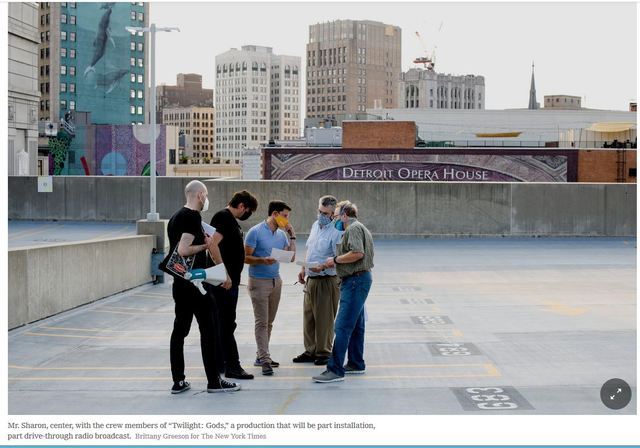 Yuval Sharon, who has created works in cars, a park and a train station, will now lead Michigan Opera Theater.

Yuval Sharon, who has established himself as perhaps the most innovative opera director in the United States through his experimental Los Angeles company, the Industry, has been named the next artistic director of a more traditional outfit: Michigan Opera Theater in Detroit.

This Chicago native, 40, who won a MacArthur “genius” grant in 2017 and became the first American to direct a production at the Bayreuth Wagner Festival in Germany in 2018, will take over immediately, offering his first production — Wagner in a parking garage — next month. Over his five-season contract, he will plan four to six stagings a year at and around the Detroit Opera House, directing at least one himself each season.

“With everything else going on, it just wasn’t the time to withdraw from the world and go off into a tranquil, peaceful, reflective mode,” said Mr. Sharon, who had planned to spend this year on a writing sabbatical in Japan before the coronavirus pandemic intervened. “Detroit feels like the right city and the right company to help model what opera might look like for a 21st-century city — and country.”

Mr. Sharon will be the second artistic leader of Michigan Opera Theater, a relatively nimble company with a budget of about $15 million. It was founded in 1971 by David DiChiera, who served as chief executive until 2014 and artistic director until 2017, and made efforts to engage Detroit’s Black community and program new work.

“It’s certainly not what I was anticipating doing six months ago, but it does seem like a real change is called for,” Mr. Sharon said, reflecting on the Covid-19 crisis, the national reckoning over racism and the impact of both on opera. “If I have this opportunity to bring about that change from inside an institution, as opposed to pushing on change somewhat from the outside with the Industry, then this is the time to take it.”

Mr. Sharon’s first staging, one of the few American opera productions scheduled this fall while European houses reopen, will marry his outsider flair with his love of Wagner. “Twilight: Gods” will have three performances starting Oct. 17, with the audience driving through a parking garage owned by Opera Theater for a one-hour, six-scene, English-language gloss on “Götterdämmerung,” the finale of the “Ring.” Part installation, part drive-through radio broadcast, the premiere will feature poetry from the local artist Marsha Music and will star Christine Goerke as Brünnhilde, a role she has sung at the Met and elsewhere.


Mr. Sharon spoke in a Zoom call about his new position and “Twilight: Gods,” which will later travel to Lyric Opera of Chicago. Here are edited excerpts from the conversation.


Why start with Wagner?

I felt it was important that what we would present would not feel like some sort of an apology, that we could not be creative in the time of Covid. It was important that it was an ambitious piece: not just a couple of sweet little arias stretched out, but something that would hold together and be meaningful and that would also offer something between catharsis and exhilaration.

It might sound like an audacious stunt, but “Twilight of the Gods” is so appropriate. It’s the part of the “Ring” I’ve had the hardest time with, but I think about it in relation to Covid and Black Lives Matter, and this call for all of these structures that are no longer serving us to be torn apart. This notion that Brünnhilde is this powerful woman, who is the one to dismantle that system so something new can arise, is an incredibly apt and inspiring story for right now.

You have spoken before about the problems the opera world has with relevance. How do you plan to overcome that in Detroit?

When I think of what it means to come back, after hopefully only a year without going into a theater, if all we get is light entertainment and pretty music — no attempt at engagement, no attempt at grappling, no attempt at trying transfigure everything that we’ve been experiencing into an aesthetic experience — then I think opera really is lost.

Detroit has been such an important intersection for music in this country, and I would love to figure out how, as soon as you see a picture or even hear the music, you think, that’s opera in Detroit. It’ll be a process for me to learn what’s exciting for people here, what are people afraid of, and then craft a program that will really be in dialogue with them, and not like I’m coming to Detroit with my bag of tricks and deploying them one by one.

I don’t think the way to have it all is to do 90 percent comfort and 10 percent “maybe this is not for you.” I’m not saying that’s what Michigan Opera Theater has been doing, but that’s the conventional wisdom.

The imprint of time should be felt on opera, as it is on every other art form. I think that is the only way to save it from what are very justified calls for opera to be “decolonialized,” to confront the racist ideology within these works. Opera is not fixed, it’s not a statue that needs to be torn down, but instead it is an organism that needs new sustenance. The whole spirit of right now has to inflect everything about how we do it.

How will we know if you have succeeded?

I’m sure there are going to be metrics that will give a picture that none of us can anticipate until we do it, so instead of thinking about that, my sense of what success is going to look like is that at the end of my tenure it has become the most progressive opera company in the country. That means representation onstage, in the pit, in the creative staff, but also in terms of how the inherited repertoire is handled, what new pieces are being presented.

It’s an 83 percent African-American community here in Detroit. I’m not saying that the audience has to be 83 percent African-American, too; however, it certainly can’t be as white. I think about the people who have been here through all of these turbulent times and what histories they have to tell. That doesn’t have to mean it’s an opera about the uprising; it’s about retelling classic stories with an accent so that it speaks to this particular community. It would be great if they felt that opera represented their life in some way.