Thanks! Yes I do love the music of Handel. And much else beside!

I do hope on that subject some of you managed to see the terrific Agrippina from the Met broadcast this week with the wonderful Joyce di Donato in the title role. I saw it live and also a couple of times in the broadcast. Quite breathtaking!
Top

I do hope on that subject some of you managed to see the terrific Agrippina from the Met broadcast this week with the wonderful Joyce di Donato in the title role. I saw it live and also a couple of times in the broadcast. Quite breathtaking!

We've been Met subscribers for many years-we saw it live and there was a brief thread about it here.

I do hope on that subject some of you managed to see the terrific Agrippina from the Met broadcast this week with the wonderful Joyce di Donato in the title role. I saw it live and also a couple of times in the broadcast. Quite breathtaking!

Kansas-born Joyce DiDonato is one of our great singers today, and a personal favorite. Unfortunately, my computer is not hooked up to my stereo, so I missed the Agrippina webcast, but I have religiously copied 95% of the MET telecasts on PBS over the years to DVD and watch them regularly. In these difficult times, they bring solace to the soul.

You may know this from lurking here, but 20-30 years ago I was in the throes of producing and conducting a vocal competition in Carnegie Hall for young singers who had just graduated from conservatories around the world and were looking to establish careers and be noticed. Managed to produce 95 concerts during that period of time, 35 of them in Weill Hall at Carnegie Hall. Of course DiDonato didn't come through me, having won the MET auditions, but I have followed her through the years and quickly fell in love with her musicianship, grace and charm.

I did watch her live MET concert online a while back and, while the production values were a bit clumsy, her singing was not. Currently, I find the album below quite frequently in my stereo: 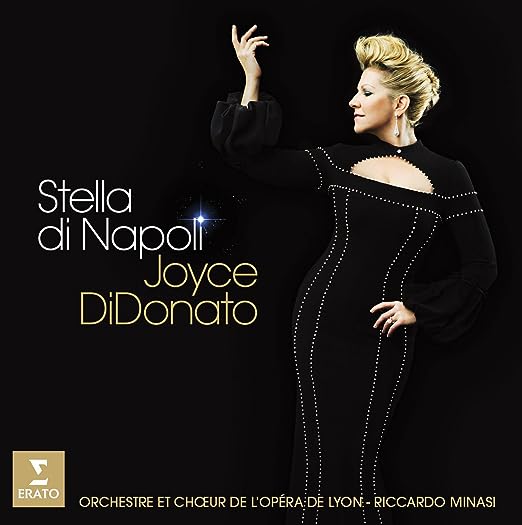 I should also add that her Agrippina has been recently released on Erato with Il Pomo d'oro: 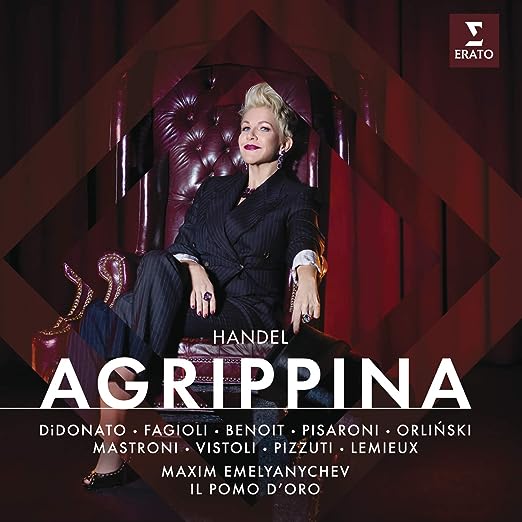 Hi maestrob! I first came across Joyce when I bought her recital CD of Handel. She really is one of the exceptional singers of our generation. I am also a great fan of her Rossini and have followed her in Cenerentola, Barber, Donna and Compte d’Ory. She was in a Massenet Cinderella recently from the Met too. Fabulous singer and give lie to the assertion that the age of great singers is past. In fact I think we do Handel better than ever.
I didn’t realise you were so actually involved in opera. But look forward to hearing more.
Top

In fact I think we do Handel better than ever.

When I first came to New York in the 1970's, I was auditioned by David Randolph and invited to sing Handel's Messiah in Carnegie Hall, which I ended up doing for more than 50 performances, branching out to other composers with other professional groups for a total of roughly 100 performances there and in Lincoln Center, including Bach's B Minor Mass, his Christmas Oratorio (2 performances in Carnegie), Schubert Masses, Vaughan-Williams's Sea Symphony, Orff's Carmina Burana, etc. The culmination of that part of my musical life came when I was invited to participate in the 500th Anniversary celebration of the founding of Oxford University Press in Carnegie Hall in 1980, led by Sir John Aldiss, where we sang Thomas Tallis's Spem in Alium and Walton's Coronation Te Deum (written for queen Elizabeth's coronation ceremony in 1953) among other works.

I studied vocal technique here in NYC for many years (I was a bass-baritone, but my voice is gone by now!), and my voice teacher, Dan Merriman, (who also taught Judith Raskin, Joanna Simon, Iris Hiskey and Carol Farley among others) introduced me to an assistant conductor at New York City Opera, Kurt Saffir, a man who taught me how to ornament vocal lines and eventually was the first to encourage me to conduct (I ended up at Juilliard for six years of repertoire studies with Vincent La Selva, both symphonic and operatic.).

At any rate, Kurt deeply criticized Julius Rudel's understanding of Handelian ornamentation in his performances of Julius Caesar with Beverly Sills. He was equally critical when Rudel conducted John Vickers at the MET in Handel's Samson from a piano-vocal score! Saffir had a professional relationship with Rosalyn Tureck when I was working with him, and he was quite an astonishing musician. He once read a full-score edition of a Hugo Weisgall opera in rehearsal AT SIGHT, and made it work! Thus, I learned a great deal about ornamentation from him which, happily, was coming into vogue finally during the 1970's and 1980's.

Our present-day performances of Baroque music reflect that accumulated musical experience and, thankfully, allow today's singers (and instrumentalists) to ornament and explore their virtuoso abilities to the fullest.
Top
Post Reply
7 posts • Page 1 of 1