Rosanna Carteri, Soprano Who Retired at Her Peak, Dies at 89

Rosanna Carteri, Soprano Who Retired at Her Peak, Dies at 89 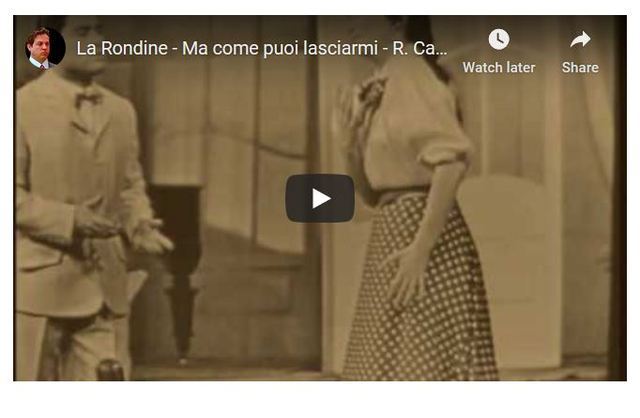 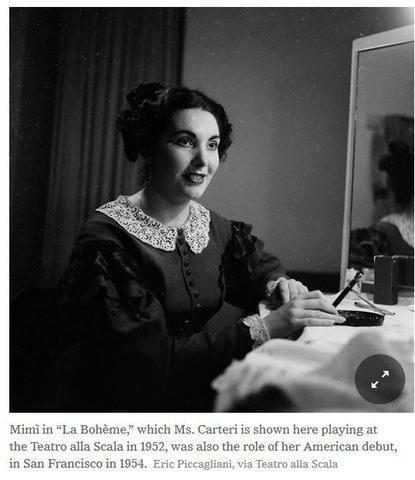 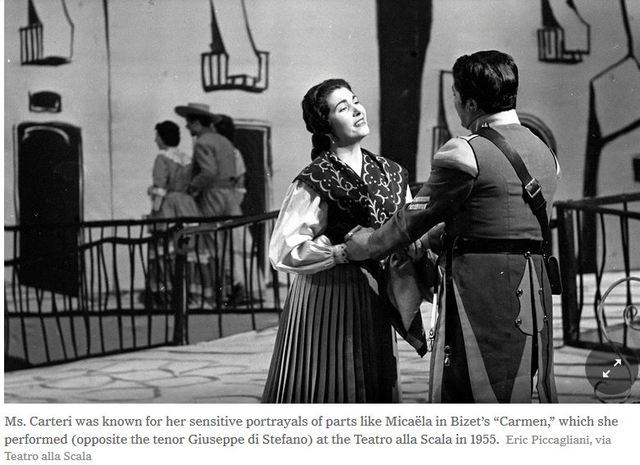 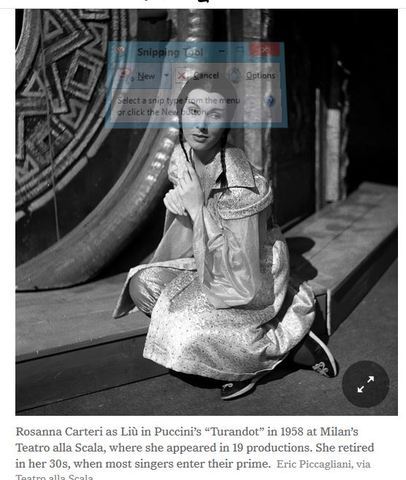 Apparently she never appeared at the Met. Regards, Len


Rosanna Carteri, Soprano Who Retired at Her Peak, Dies at 89

The graceful singer, celebrated in Verdi and Puccini, was only in her mid-30s when she left the stage to tend to her family.

Rosanna Carteri, the Italian soprano whose meteoric career came to an early end when she chose to retire in her mid-30s at the height of her artistry, died on Oct. 25 in Monte Carlo, Monaco. She was 89.

Her death was confirmed by Milan’s Teatro alla Scala, where she appeared in 19 productions between 1951 and 1963.

Ms. Carteri (pronounced car-TAIR-ee) was the final survivor of the 56 singers included in “The Last Prima Donnas,” Lanfranco Rasponi’s classic 1982 book of interviews with many of the women who dominated opera in the early and mid-20th century. While other divas who rose during that period remain alive — among them Virginia Zeani (now 95), Leontyne Price (93) and Renata Scotto (86) — Ms. Carteri’s death is nevertheless a marker on the slow diminuendo of an era.

A graceful presence with a voice that was clear and ardent, she embodied the Italian lyric soprano vocal type. She had the combination of lightness and fullness of sound that was ideally suited to the gorgeously suffering young heroines of Puccini and Verdi.

While celebrated for her sympathetic portrayals of those roles, in operas like “La Traviata” and “La Bohème,” her repertory ranged unusually widely during her 17 years onstage. It included works by Poulenc, Handel, Prokofiev, Rossini and many more, and she sang in a slew of premieres.

But the most intriguing aspect of her career may have been her decision to step away from it, in 1966, to care for her young family. She was then at an age when many singers are just gaining steam, and her voice had not lost its ease or vibrancy.

It is unusual for a prima donna to step out of the limelight before age or declining abilities make it necessary. Mirella Freni continued singing credibly until she was 70; Magda Olivero, until she was 71. But the great Rosa Ponselle retired at 40, still masterly; Anita Cerquetti, at just 30. (And then there was Rossini, who lived for nearly 40 years after “Guillaume Tell” but never wrote another opera.)

“One must give one’s all, and as one’s name becomes increasingly known, the responsibilities augment daily,” Ms. Carteri told Mr. Rasponi, and made a reference to the leading lady of “La Traviata”: “And that is why I decided to shut the door — much to my regret, for I was passionately attached to my work — and like Violetta say, ‘Addio del passato.’”


Rosanna Carteri was born on Dec. 14, 1930, in Verona, Italy. She began studying voice seriously even before she was a teenager, and by 14 was learning full roles with Ferruccio Cusinati, the chorus master at the mighty Arena di Verona. She was also taught piano and advised in those early years by her savvy, musically minded mother, Giulia (Rosoleni) Carteri, who had once aspired to become an opera singer. Her father, Ugo Carteri, was the managing director of a shoe company in Verona.


Ms. Carteri won a contest in 1948 sponsored by Italian radio, and the following year appeared onstage for the first time, as Elsa in Wagner’s “Lohengrin” — an implausibly weighty vehicle for an 18-year-old’s debut, particularly in an outdoor performance at the Baths of Caracalla in Rome, in front of an audience of many thousands.

But Ms. Carteri scored a success, and, as she told Mr. Rasponi, “everything came my way at once.” She debuted at La Scala at 20, and at the Salzburg Festival at 21; leading parts followed in Paris, London and elsewhere. As her celebrity grew, she appeared on Italian television and in several films.


She made her American debut in 1954 as Mimì in “La Bohème” at San Francisco Opera, repeating the role later that year during Lyric Opera of Chicago’s first season. Over her career she appeared with some of the world’s leading opera conductors, including Tullio Serafin, Artur Rodzinski, Victor de Sabata, Bruno Walter and Herbert von Karajan, and opposite stars like Birgit Nilsson, Renata Tebaldi and Jussi Bjoerling.

A 1956 recording of “La Traviata,” also featuring Cesare Valletti and Leonard Warren, with Pierre Monteux conducting the forces of the Rome Opera, captures some of her sensitive artistry. The doomed courtesan Violetta is, in Ms. Carteri’s hands, an emotive yet poised figure.


Her rendition of the aria “Sempre libera” moves with desperately cheerful agility; the scene with her lover’s grimly disapproving father reveals a voice darkened with sorrow. In the great outpouring “Amami, Alfredo,” she conveys deep feeling through focus and evenness of tone, and in the final act she achieves intensity through a musical line that she often hushes to a painful thread, without ever sacrificing steadiness.

The sincerity she was able to project made her ideal for tragic characters like Violetta, Mimì, Marguerite in Gounod’s “Faust,” the title role in Massenet’s “Manon,” Liù in Puccini’s “Turandot” and Desdemona in Verdi’s “Otello.” Yet she also had a charming liveliness in comedy, appearing in roles such as Nannetta and Alice Ford in Verdi’s “Falstaff” and Adina in Donizetti’s “L’Elisir d’Amore.” For the sophisticated wistfulness of Puccini’s “La Rondine,” she was perfect.

Ms. Carteri sang the initial performances of works by Mario Castelnuovo-Tedesco, Juan José Castro, Ildebrando Pizzetti and others. (She told Mr. Rasponi that she had appeared in so many premieres, “I simply cannot recall them all.”) When Prokofiev’s “War and Peace” was performed for the first time outside Russia, in Florence in 1953, she was Natasha Rostova under Rodzinski’s baton, and her immaculate account of Poulenc’s “Gloria” was captured on the work’s premiere recording.

She married Franco Grosoli, a successful and respected businessman in the meat industry, in 1959. They had a daughter, Marina, in 1960. When Ms. Carteri became pregnant again, she had a miscarriage. In Mr. Rasponi’s telling, she “canceled all her contracts in order to avoid any risks” in her next pregnancy. A son, Francesco, was born in 1966, and Ms. Carteri retired. The family moved to Monte Carlo in the 1970s, when Italy was hit by an epidemic of kidnappings of the wealthy.

Ms. Carteri’s husband died in 2014. She is survived by her two children and four grandchildren.

Some divas who step back from the time-consuming, labor-intensive production of staged operas continue touring in concert. Not Ms. Carteri. “I have occasionally given a few recitals,” she told Mr. Rasponi, “but it just does not work that way. You are either in the profession or out of it.”

“The consolation I have,” she added, “is that I stopped when I was at the very top.”

Re: Rosanna Carteri, Soprano Who Retired at Her Peak, Dies at 89

I know her by reputation, of course, but Carteri retired before I began attending live opera performances. There is an Otello with Serafin and Del Monaco that is outstanding, and she made a few recordings for EMI, most notably the debut recording of Poulenc's superb Gloria, with Durufle at the organ, which I had on LP and replaced with the CD when it was issued. Truly THE great performance of that work, coupled with the Organ Concerto by the same composer: 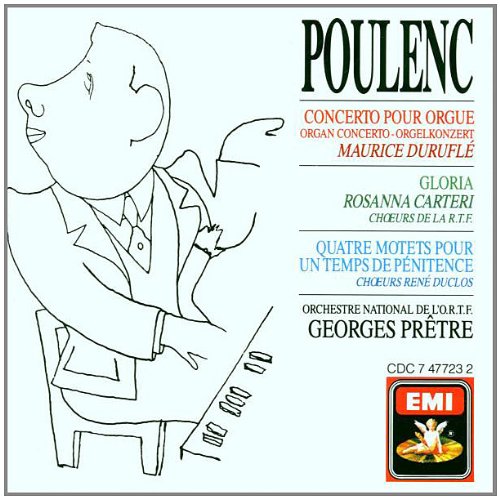 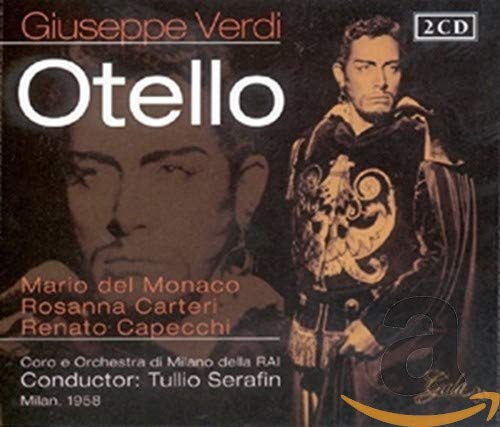 Users browsing this forum: No registered users and 62 guests