Some may not even know the name of Eric Heidsieck, but he has quite a reputation beyond the east side of the Atlantic. I have prepared a couple of radio programs in his honour in the past and received many comments from listeners. Now Warner has issued all his EMI and Erato recordings in one box at a decent price, all under the Erato logo. He regularly performs with his wife. However, his discography embraces many more than what EMI or Erato recorded and many of those discs are worth acquiring.

Read what Wikipedia says about the man below:

"Born in Reims, Heidsieck gave his first recital at the age of nine and his first concert with orchestra a year later.

He studied with Marcel Ciampi then Alfred Cortot and followed Wilhelm Kempff's lessons on Beethoven.

In 1959, he won the Grand Prix du Disque (EMI) for the recording of Mozart's Concerto No. 21 and No. 24. The following year, he and his wife Tania, also a pianist, founded a duo that shone on stages around the world.

In 1969, Heidsieck was the first French pianist of the 20th century to give, by memory and in public, Beethoven's 32 Sonatas, which he recorded with EMI Classics between 1970 and 1974 and again ten years later, then in 1997. He specializes in the performance and recording of integrals.

Since the beginning of his career, Heidsieck has given more than 2000 concerts around the world. He has also given numerous masterclasses in France and abroad.

In France, he has taught for 18 years at the Conservatoire national supérieur de musique et de danse de Lyon.

I remember buying my first Mozart piano Concertos played by this guy at a time they were are on LP. Nos 20 and 23
Top

Well, well! Born in Reims, eh? Another Frenchman with a non-French name (Dutch?)!

I'm very curious about this man, and will pre-order the box definitely. Also, there is some extensive listening I must do on amazon as well. Thank you Lance!
Top

Thanks for this . I believe I have heard a couple of his Faure ; excellent as I recall.

If I recall, he's also related to the family of the famous French champagne houses:

If I recall, he's also related to the family of the famous French champagne houses:

I see! What a wonderful connection!

Am just now listening to his Erato CD of the Faure Nocturnes on amazon. Absolutely ravishing! This is playing of the utmost beauty and sensitivity.

I'm really looking forward now to hearing more and will definitely acquire the box, which will be released in December here in the USA.

Thanks again, Lance, for your continuing education of us music-lovers through your forum! 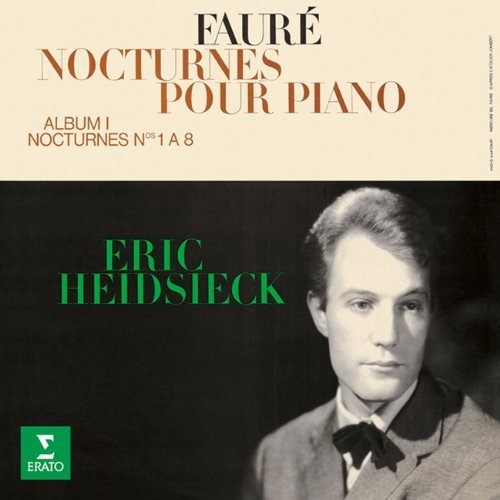 At another group, several posters gave high marks to his Beethoven sonatas, not surprising given what Lance reports.I've not heard.
Top

Thank you for mentioning this set, Lance. A must have for me.

It looks like all those interesting "record people" (as opposed to bean counters) from French EMI have found a home at Erato, although I think Warner Classics is headquartered in Paris.

I was just thinking how nice it would be if Warner issued a box of all of Stephen Hough's early recordings on Erato. Perhaps it will come to pass.

Back in 2012 when Warner took over the EMI Classical catalog a number at CMG wondered how Warner would handle this great treasure. Looks like they are doing just fine.

At another group, several posters gave high marks to his Beethoven sonatas, not surprising given what Lance reports.I've not heard.

Yes, indeed. I've read that Heisdieck has played two series of concerts featuring the complete cycle of 32 Beethoven Sonatas so far during his illustrious career from memory. Quite a feat! According to Wiki, he's still with us, although I don't know if he's still concertizing at 84! He has made about 100 recordings.
Top
Post Reply
9 posts • Page 1 of 1