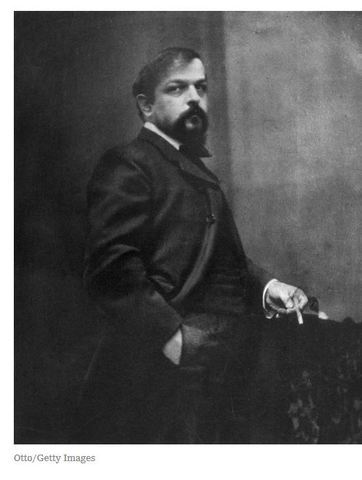 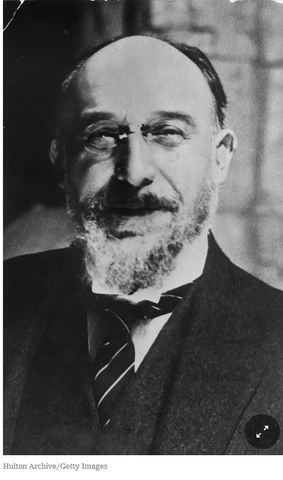 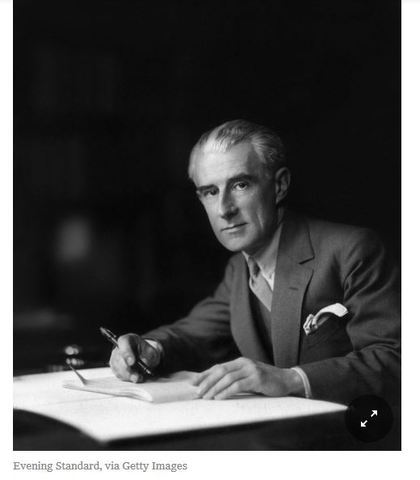 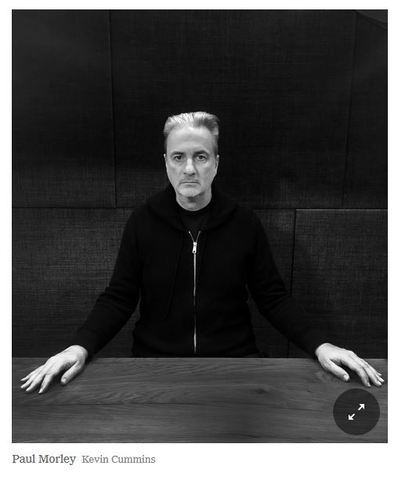 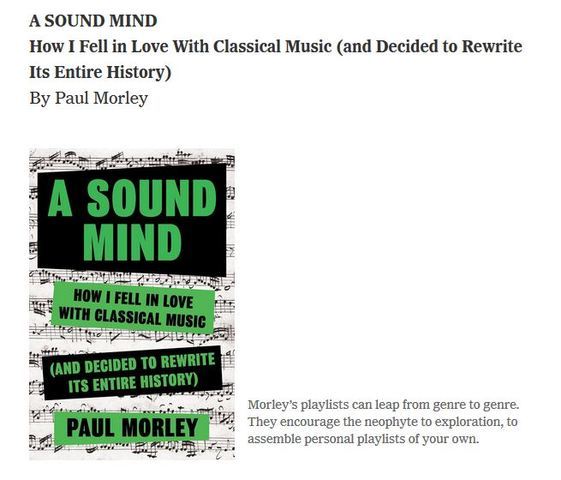 When you purchase an independently reviewed book through our site, we earn an affiliate commission.

Paul Morley is a 63-year-old English critic best known — still, to his annoyance — as a rock music journalist. He made his name reviewing rock ’n’ roll concerts for the (now online-only) British magazine New Musical Express in the late ’70s and early ’80s, and has since broadened his range into his own experimentation (taking part in the first incarnation of the ’80s “avant-pop collective” Art of Noise), record producing (he co-founded the ZTT label in 1983) and promotion (mostly for the rather cheesy band Frankie Goes to Hollywood), and books, including two on Joy Division. He still writes about rock today, when asked, but his focus has shifted. His current mission is to inspire rock fans to explore and love classical music.

An admirable aim, as far as it goes. He praises the New Yorker critic Alex Ross, whose own evolution has been the reverse of Morley’s. Ross remains rooted in classical music, very much including the up-to-the-minute experimentation Morley also champions, but has embraced some semi-related forms of popular music, like Radiohead, Björk and Brian Eno. To Morley’s chagrin, though, he realized he lacked Ross’s musical literacy; so to compensate he hooked up with the BBC to document the year (2010) he spent studying composition at the Royal Academy of Music in London, despite not being able to read music or play an instrument. He still somehow succeeded in composing a few scores, to which he (perhaps blessedly) provides no links, and has since become the British pop world’s go-to spokesman for the country’s mostly hidebound classical music organizations, desperate to diversify their audiences.


This quasi memoir is the result of Morley’s post-pop adventures. He has long evinced a lively, informed interest in contemporary classical music as well as experimental rock, as in his eccentric 2003 pop history, “Words and Music,” which includes serious nods to American experimentalists like John Cage, Terry Riley, Steve Reich and Alvin Lucier. In this new book, a kind of mirror image of his rock history, he’s embraced the whole of classical music, or at least his idiosyncratic understanding of it.


For Morley, the fulcrum from classic classical music to modernity was Debussy and Ravel at the turn of the 20th century. He’s not much interested in pre-Baroque music, and glosses over Handel and indeed most 19th-century German music and opera, especially Wagner, whom he offhandedly disparages every few pages. His first extended consideration of early-20th-century music is Holst’s “The Planets,” of all things.


Morley loves lists. In 2003, a reader had limited access to whatever songs Morley named in “Words and Music.” But nearly two decades later, thanks to streaming sites like Spotify, Apple Music and SoundCloud, anyone can hear anything anytime. Lists abound in “A Sound Mind,” but now they’re playlists, the accessibility of which makes the proselytizer’s task much easier. Morley’s playlists can leap from genre to genre. They encourage the neophyte to exploration, to assemble personal playlists of his or her own.

A downside is that these sites came into being as conduits for songs, not whole albums, let alone large-scale symphonies, oratorios or operas. One can find them, but they don’t fit neatly onto playlists, or encourage a rock fan toward the kind of extended concentration that extended composition often demands. When opera does appear on Morley’s lists, it’s in the form of scenes, not entire scores. He calls Mozart’s operas his “most impressive achievements,” but he’s “afraid” of them, and never ventures a serious discussion of them. No real consideration of Verdi or Richard Strauss. When he turns to “the current state of opera,” it’s standard repertory he thinks of, not the lively experimentation from composers he otherwise admires.


Morley is a bright writer, and most of his commentary on specific pieces and composers is sophisticated and insightful. But he wallows in overwriting (as in this book’s subtitle), and has a weird predilection for repetition and afterthought. Early on, for instance, he describes Beethoven’s work as “an uncanny demonstration of the relationship between time, space and mind, thinking and body, between sound and silence, between inside and outside, bliss and tension, temporary and permanent, motion and emotion and, ultimately, between life and death.” No editor seems to have been able to temper his enthusiasm.

The book’s organization is similarly scattershot. Not for him a conventional, chronological exploration of the entirety of classical music (capped by Richard Taruskin’s magisterial six-volume “Oxford History of Western Music,” which is unaccountably missing from Morley’s playlists). Instead we get a lot of autobiography; “a few of my favorite things”; observations about music writing; a flashback or two to his adolescence; some often amusing reports on visits to stodgy classical events and festivals (like Glyndebourne); chapters on the string quartet and piano music; periodic, unexplained swipes at the “humorless sentimentalist” Simon Cowell; transcribed interviews with performers (the British pianist Joanna MacGregor) and composers (Harrison Birtwistle, John Adams, Oliver Knussen); a never-answered musing on what music he wants to hear as he takes his last breath; and, of course, ever more playlists. Much of this haphazardly assembled book seems to have been triggered by whatever articles and talks and panels and interviews he happens to have been asked to provide or participate in or whichever composers he was able to interview, in print or in public.

Like a playlist, “A Sound Mind” — filling nearly 600 large pages with smallish print — is maybe meant to be dipped into, not actually read front to back. A pity: Morley is smart if self-involved, but he lacks an overarching structure. Like those in the operas, symphonies and choral masterpieces he slights. Next book, maybe.

During the 20th Century, music in Western society went through many evolutionary stages. First Jazz was invented, then evolved from Ragtime to big band, be-bop, cool jazz (Miles Davis) vs. hot jazz (Louis Armstrong), then to more complex rhythms of Dave Brubeck (who studied with Darius Milhaud in California). Then Rock n' Roll happened in the mid-fifties, blues became a popular genre, and in the 1960's massive sounds of electronic instruments took over, while folk music became its own genre without them. Then came electronic jazz (Chick Corea's early explorations, as well as Miles Davis's mature work). After that, disco happened, punk rock, synthetic instruments and even orchestras married into rock music, and finally, rap music and New Age.

Yet in the 21st Century, all we hear about is a continuation of rap music and culture, while nothing new seems to be on the horizon so far. Most these 20th century forms of music have continued on, it seems, but there hasn't been any evolution in popular music for decades now.

No wonder a rock critic is looking for new avenues to explore! I'm happy he's finally discovering classical, that perennial genre that sustains us. My relatives of a younger generation are now discovering jazz and classical because they are bored with the current emptiness of our musical culture, and they find real value in both. It's still a puzzle to me why the evolution of music has currently wound down, hopefully temporarily, but the need for music in our lives will always be there. Luckily, we have millions of scores, videos and recordings to explore.
Top

I couldn't disagree with you more about pop music, Brian. I blog about folk and indie music extensively at gesprek.net. I've focused more extensively on acoustic music the last few years, and here is my review of the year 2019.
https://gesprek.net/2019/12/09/artsfols ... down-2019/

Now, this might not be to your taste, certainly, but suffice to say, there is a lot going on.
Top

Now, this might not be to your taste, certainly, but suffice to say, there is a lot going on.

Sure, Henry, but what's new? I'm the first to admit that I'm far from an expert in this, but what new genre has evolved that would be a breakthrough equivalent to jazz, rock and roll, or hip-hop? What I hear (when I do pay attention, which I freely admit is not often these days) is not revolutionary, but simply evolution from past genres.

I'll defer to your expertise anyway out of courtesy, but that's MHO for now.
Top

Now, this might not be to your taste, certainly, but suffice to say, there is a lot going on.

Sure, Henry, but what's new? I'm the first to admit that I'm far from an expert in this, but what new genre has evolved that would be a breakthrough equivalent to jazz, rock and roll, or hip-hop? What I hear (when I do pay attention, which I freely admit is not often these days) is not revolutionary, but simply evolution from past genres.

I'll defer to your expertise anyway out of courtesy, but that's MHO for now.

I like a great deal of 'roots' music, which by definition is not new. There certainly is sizeable interest in acoustic music versus the auto-tuned, dynamically compressed, bass heavy and formulaic pop music prevalent today.
Within the folk framework that I haunt, there are certainly performers pushing the edges. One trend I have noticed is the spilling over of minimalist, textured music into pop.
I'll post up a few youtube videos. I really don't expect you (or anyone) to watch all of them, but take 30 seconds or so from each one to see where this is going. Of course, if you like the material, so much the better.
The Dessner twins, who work in the rock group, the National, are always pushing the boundaries based on this minimalist influence from Reich, Andriessen, et al.


Or, live, with an orchestra.


And Sufjan Stevens also works the minimalist influenced folk milieu. (And by minimalist, I mean the classical minimalist genre, not the layperson's definition.)


Okay, other things.
9Bach has been doing some interesting things.


There are many performers like Hamzaa doing original work in a conventional milieu.


I don't listen to rap/ hip-hop generally, but 'Chance the Rapper' sounds quite original and to my ears, is pushing boundaries.

Gillian Welch works in the traditional bluegrass genre, but everything she does sounds entirely new.


I have seen Jeremy Dutcher live a couple of times now, once in Halifax, his home, and once with our local symphony orchestra. Dutcher is classically trained and has an indigenous family background. He has reworked traditional Mi'kmaq melodies from 1900 and earlier for a modern audience. This was a five year project, and has justifiably won him awards and many accolades. This particular clip is interesting because it segues into the 'wax cylinder' recording which was used as a basis for the composition.

I also like choir music. Ola Gjeilo has excited a lot of people. Might be too melodically simple for some, but I find it very beautiful.
Here's one I picked up at random just now. You need a half decent choir and one superb soprano who can float the high notes.


Recently we've been watching Star Wars' the Mandalorian, and I almost watch for the score, now.


I'm just scratching the surface here, and could go on for a long while yet. If there's one over-riding theme, I feel that musicians are reaching back over 50 years of pop history, whether that's rock, country or jazz, and taking original roots into new directions from the worlds of classical, blues, bluegrass, folk, Appalachian, country and other milieu's.

Finally, back to the Dessner twins, and here's a sample of what they do in the more conventional rock world.