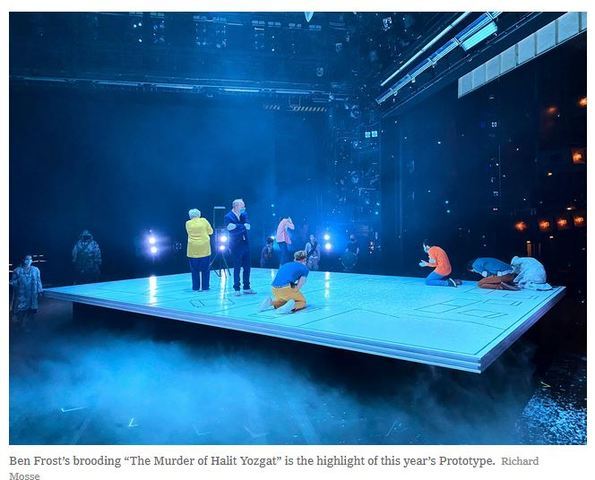 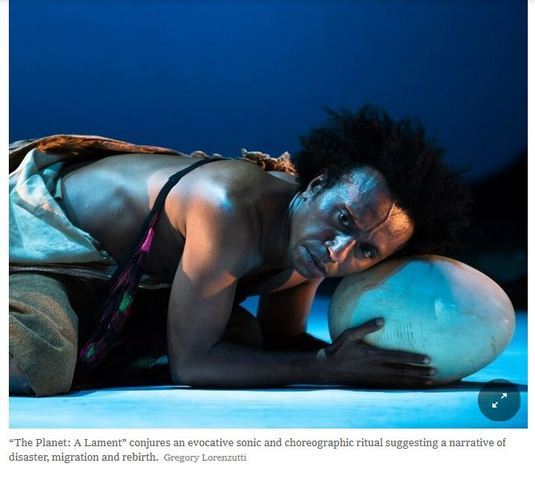 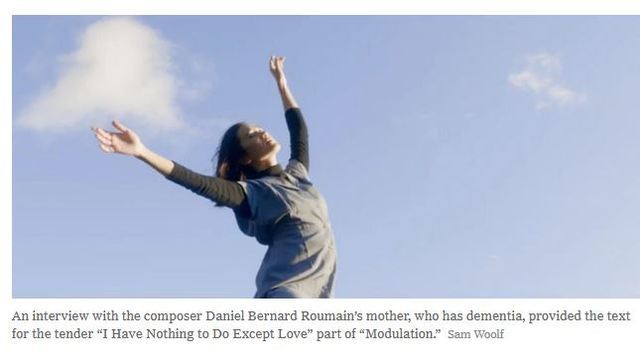 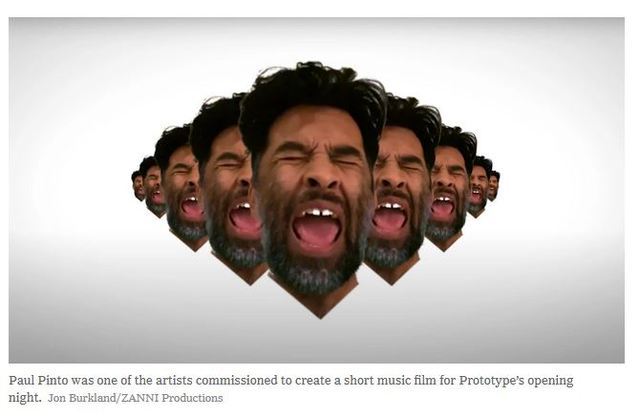 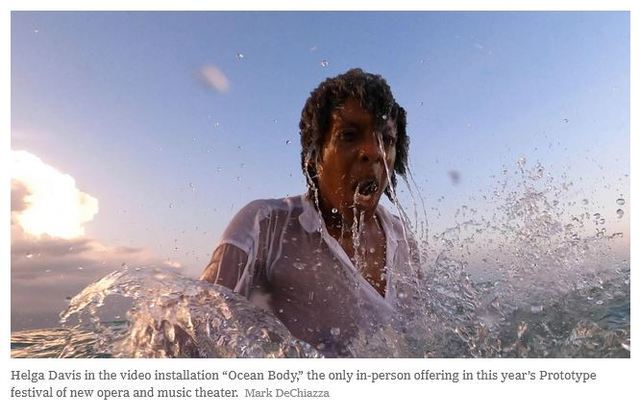 The annual Prototype festival of new opera and music theater thrives on intimacy. Its chamber-scale offerings — often politically charged, emotionally brutal and just plain loud — vibrate the viscera. Prototype has become known for screaming, moaning works like “Angel’s Bone” and “Prism,” which both went on to win Pulitzer Prizes and were clench-your-jaw immersions in suffering, put on in tiny theaters that magnified their effect.

Watching a performance alone in bed on a laptop should, in theory, feel even more intimate. And yet, as I have discovered time and again over the past year, the screen tends to add immeasurable distance: the distance of my distractibility, of subpar picture quality, of the experience seeming like a pale reproduction of the thing rather than the thing itself. In other words, very un-Prototype.

But in this pandemic season, the bold festival — organized by Beth Morrison Projects and the arts organization HERE — was forced almost entirely online. (It runs through Saturday.) Of the six productions, the single in-person one is a 15-minute multiscreen video piece that could have had the same modest impact on a computer.

Opening night on Friday was the premiere of “Modulation,” for which a spiffy web interface organizes into three thematic bunches a group of 12 newly commissioned music videos from different artists. (Surfing among the themes — fear, identity and isolation — reveals a large degree of overlap.) You can select the order in which you watch the films, each about five minutes long.

Molly Joyce’s “Out of a Thought” mixes horror tropes: strobe lights, the camera diving into the blackness of an open box, grinding drones, scouring wails. Paul Pinto fractures his image into a screaming chorus of heads answering that most frustrating of questions: “But where are you really from?” An interview with the composer Daniel Bernard Roumain’s mother, who has dementia, provided the text for the tender “I Have Nothing to Do Except Love.”

Among my favorites of the 12 was the sensitive, somber black-and-white “La Indita Cautiva,” Raven Chacon and Nacha Mendez’s new submission to a genre of ballads about detribalized girls in the American Southwest forced into servitude. For “The Divine I Am,” Jojo Abot organized a colorful desert sacrament of spacey pulsing sounds and earthy, echoing, triumphant cries.


For his short film, Jimmy López Bellido has written a soaring, altogether traditional opera aria for the mezzo-soprano Sasha Cooke, making the promise that “we will sing again” amid hopeful footage of artists waiting at a stage door. Mariela Pabón’s animation is charmingly casual for “Otro Cosa,” a propulsive yet sweetly melancholy assemblage of shards of the experience of Puerto Ricans at home and in the diaspora, with Angélica Negrón’s earworm music generated from Latin pop hits.

Some of this year’s Prototype presentations felt slight — perhaps more so than they would have live. That in-person video installation, “Ocean Body,” is a gesture toward reflection on distance and communion from two talented creators and performers, Shara Nova and Helga Davis. Over a gentle, woozy drone, they sing plangently from screens facing one another across the space at HERE in SoHo. The visuals have the slow-motion chic of an old Calvin Klein commercial. Sometimes Ms. Nova and Ms. Davis are shown by the seaside wearing matching white Civil War-era gowns connected by yards-long strings, as if the Fates were starring in “The Beguiled.”


“Times3” is an audio piece for which the composer Pamela Z, known for fragmenting and processing spoken text into musical expression, remixed interviews conducted about Times Square with various experts on the space. The resulting audio quilt is most alive when Ms. Z’s own voice — sly and seductive, whether speaking or singing — is front and center. Valgeir Sigurdsson’s “Wide Slumber for Lepidopterists” is an inertly mellow hour that muses on conjunctions between the sleep cycle of humans and the life cycle of butterflies.

Far more intriguing was “The Planet: A Lament,” composed by the Papuan musician Septina Rosalina Layan and directed by Garin Nugroho. It conjures an evocative sonic and choreographic ritual suggesting a narrative of disaster, migration and rebirth. The hourlong stream is a recording of a pre-pandemic performance of the piece, complete with audience applause. I’m jealous of the members of that crowd: The vibrating harmonies of the Mazmur Chorale, impressive even over laptop speakers, must be mighty in person.

But nothing at this year’s Prototype felt as close to the festival’s heart as Ben Frost’s brooding “The Murder of Halit Yozgat.” Yozgat, a 21-year-old German-Turkish man, was shot and killed by far-right terrorists in 2006 in Kassel, Germany, in the internet cafe owned by his parents. The research group Forensic Architecture’s investigation, presented at the art exhibition Documenta in 2017, suggested a German secret service agent played a role in the crime.

The pandemic hit during rehearsals for Frost’s adaptation of Forensic’s work at the opera house in Hanover, Germany. When the performers could come together again, in May, they filmed the piece without an audience.

But this is not mere rehearsal footage. With a seemingly generous budget, the film is a sophisticated piece of its own, while still capturing a sense of liveness. The smooth-sailing camera keeps circling around a light-flooded structure onstage: a stylized internet cafe, in and around which the singers, wearing rehearsal clothes and often in surgical masks, mill around in artful anxiety.

In Daniela Danz’s libretto, bits of conversation keep recurring but never cohere into a firm story; interludes of spoken narration repeat the facts of the case before the opera returns into misty obscurity. Each of the enigmatic scenes ends with a father’s cry for his son. Much of the vocal writing lies between speech and singing, but is easily flowing, even melodious.

Early on, the music is almost unbearably aggressive: ferocious growling, pounding, roaring. But the sound landscape grows increasingly still and spare as the two-hour score continues, as violence and anger give way to a mood of stunned despair.

It is the grandest work in this year’s festival. But it is also the piece that best conveys the potent intimacy for which Prototype has become justly acclaimed.