“The Island We Made,” Velour’s collaboration with the composer Angélica Negrón and the director Matthew Placek, is a meditation on motherhood. 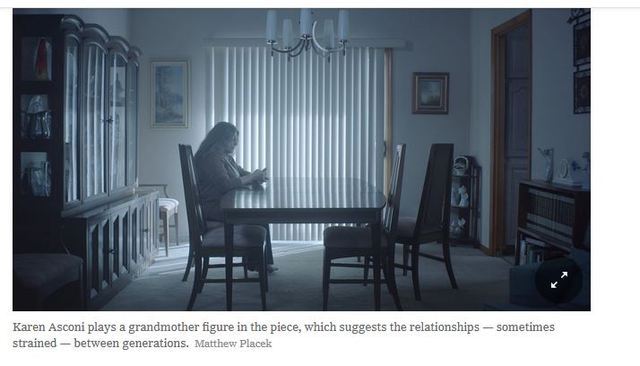 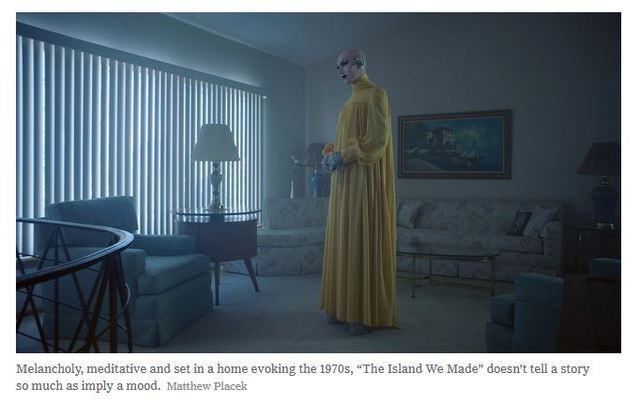 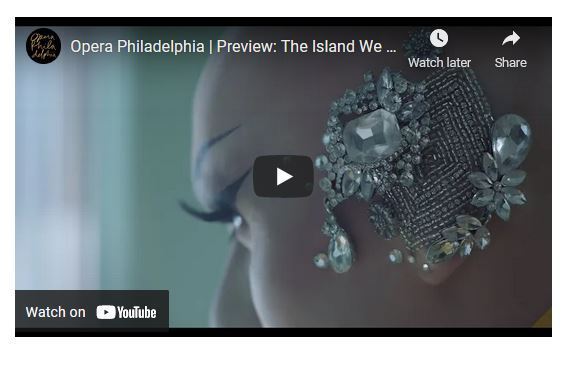 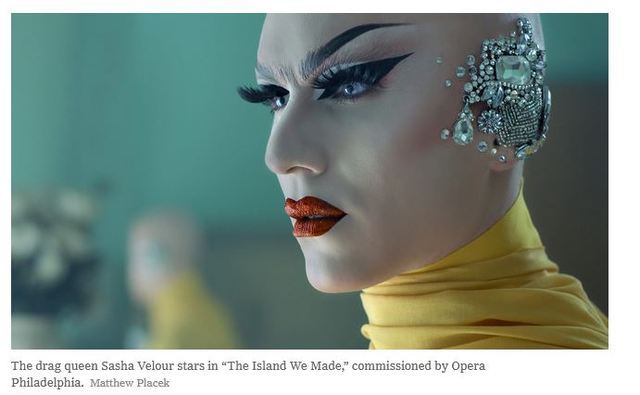 Opera is about sound bellowing from someone’s throat. Lip-syncing is the opposite. While opera lovers have long been known to silently join in with recordings in the privacy of their homes, can there be a true operatic performance based on mouthing along?

Can a lip-syncer be an opera star?

Absolutely, according to the composer Angélica Negrón, who has created the filmed short opera “The Island We Made” in collaboration with the director Matthew Placek and the drag queen Sasha Velour, a “RuPaul’s Drag Race” winner and latter-day lip-sync legend.

“The idea of the lip-sync — of someone embodying someone else’s voice — was something that was essential to the story we’re trying to tell,” Negrón said in a recent interview.

Melancholy and meditative, “The Island We Made” doesn’t tell a story so much as imply a mood; the music is a wash of ambient electronic sound, pricked by glittering pulses of harp. Gliding among three actors who suggest three generations — a daughter, mother and grandmother — Velour is jewel-encrusted and wearing a flowing lemon-colored gown as she prepares tea. A kind of space goddess, she moves her mouth to the ethereal soprano voice of Eliza Bagg singing Negrón’s poetic text: “The back seat, my bed, that house, your face; you named me, protected me.”

“A drag queen is part idea and part human being,” Velour said. “And the idea part is an idea of fluidity and understanding and humanity beyond labels, to be very broad about it. And I felt like that was kind of the spirit of love that this song, this lip-sync, was going to be about.”

Velour, Negrón and Placek separately joined a video call along with Sarah Williams, the director of new works at Opera Philadelphia, which commissioned “The Island We Made” and is hosting the 10-minute work on its streaming platform through November. These are edited excerpts from the conversation.


SARAH WILLIAMS Over the summer, we were trying to figure things out as a company. Do we go dark, and is that how we survive? Or are we able to stay active? And I conceived the digital commissions series. I identified four composers, including Angélica, and she started telling me what she imagined. I said, “If you could go big, what does that look like?” And she was like, “Sasha Velour. Am I crazy?” I said, “Absolutely, but I am, too. Let’s go for it.”

ANGÉLICA NEGRÓN A big part of this for me was matching the voice with the drag queen. I had a very clear picture of Eliza Bagg’s voice along with Sasha’s lips.

SASHA VELOUR When you do drag, lip-syncing is so common, but you don’t necessarily think about it, and all the power and tensions it represents. But when we were talking about this project, it was clear that it works as a metaphor for the way that sometimes we make space in ourselves for other people’s voices and experiences — to try to capture someone and reflect them in our own way.

NEGRÓN The song really developed out of my conversations with Matthew and Sasha. Matthew has a talent for getting juicy things out of people, and we got personal very quickly. We realized there’s something about mothers, about the women that raise us and shape us. We also talked a lot about the silences that can be really deafening, that define a lot and shape a lot of our lives.

MATTHEW PLACEK Angélica had the same idea I did: to understand the limitations of relationships. And then we started to talk about the figure of the mother and Sasha as a kind of celestial being. We related — in the way that everyone can — about mothers, and our mothers, and I started feeling, like, damn, mothers are screwed. They’re damned if they do and damned if they don’t. As much as I live for my mother, I hold her accountable for way too much. And it’s unfair.


NEGRÓN One of the things I really love about Matthew’s vision is there are these symbols, these metaphors, these very concrete things that are a progression, but there’s not a narrative thread in which you could say, “This is about this, and this is about that.” There are certainly a bunch of things that are part of it that do not connect exactly to the experiences I shared with him. Seeing what he makes with other symbols that had nothing to do with my childhood or my upbringing or my relationships, and making new meanings of those from my lived experience — I think that’s what great art does.

PLACEK The peanut butter and graham crackers is about my mother, or is a part of my mother.

VELOUR My dad thinks that I insisted on the peanut butter and crackers, and that that was a reference to my childhood. So that’s a good example of these things taking on new meanings.

We wanted me to be a little otherworldly, a little spiritual — like a goddess of queerness, who brings that understanding to someone throughout their life in different ways. There was a moment when we were talking about going really otherworldly, like a crazy alien face; I could kind of see it in the ’70s house. But Matthew encouraged me to bring it to a human level, too. Because I’m not just an idea; I’m also a real person. I have my own relationship with my mom. I’m channeling and making space for all of these different relationships and bringing my own experiences to it, too.

I love micro-sampling, taking like a second or something even smaller and then processing it and manipulating it and recontextualizing it and seeing what happens. So that was the starting point for this song: a micro-sample from one of those songs that are the soundtrack of my childhood.

I also had Matthew’s aesthetic in mind, and I was thinking a lot about the spaces in between the notes, and silence — just the physical, very visceral feeling of silence. I wanted the song to feel like an embrace. And then there was the harp, which is one of my favorite instruments to write for, highlighting this lullaby quality.

I didn’t sit down to write a poem and then put music to it. Sometimes, as I was sculpting a sound, the word would reveal itself, if that makes sense. And at the same time I was hearing Eliza’s voice, I was imagining Sasha’s lips moving.

WILLIAMS It’s been out a little over a week now. And I’m very happy to say it had the biggest opening weekend of all of our works on our digital channel. Bigger than “Traviata.”

NEGRÓN For the past three years, I’ve been writing songs for drag queens and thinking of it as an opera, a larger project. I still don’t know exactly what form it will take.

I get the question a lot: Why do you call this an opera? And it’s really hard for me to put into words what opera is for me, but my first instinct is to say, like, why not call it an opera? There’s a lot of power in being unapologetic about calling something an opera and taking up space in the opera world, which is traditionally and historically built for people who don’t look like me, and don’t have stories like my personal story. And I think it’s time; it’s past time.

So there might be a future to your collaboration?

Very, very strange. Too way out for me.

Brian have to agree-it's not why I crave to go to Philly-their flower show yes-their museums yes--otoh have never been to Opera Philadelphiia. Regards, Len
Top

Brian have to agree-it's not why I crave to go to Philly-their flower show yes-their museums yes--otoh have never been to Opera Philadelphiia. Regards, Len

There are lots of their performances available on youtube, including many by Lisa Daltirus, my competition winner!