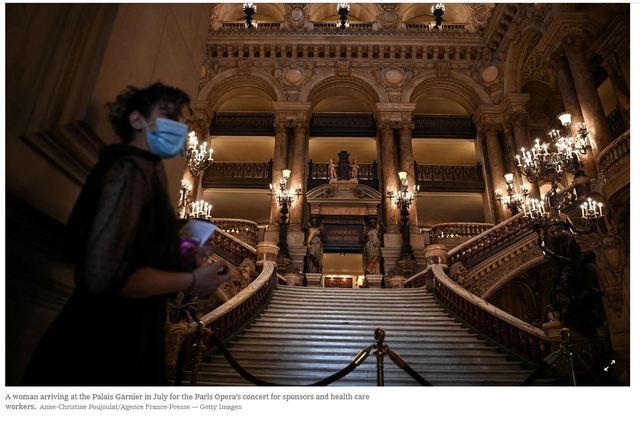 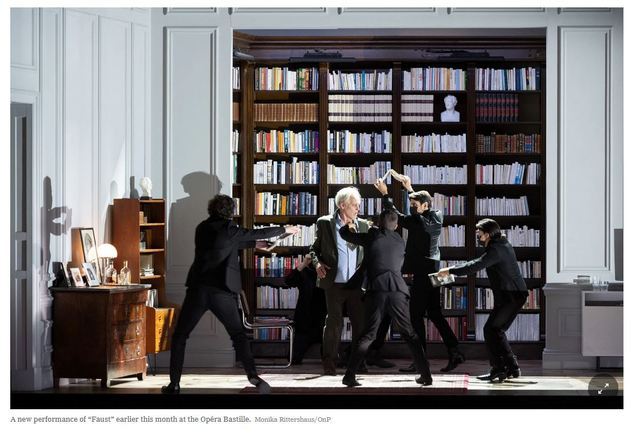 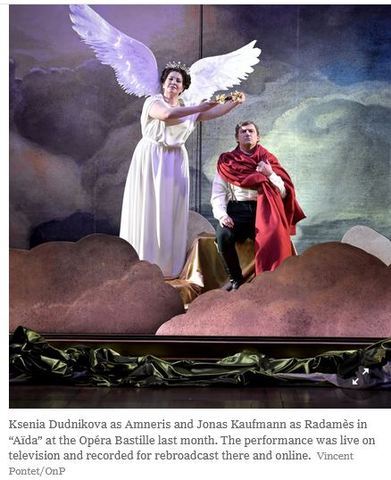 There’s no applause for these performers, but they’re working to be ready for live audiences when they return.

PARIS — Three hours after Radamès devoted his famous opening aria to his beloved Aïda, the Ethiopian princess and the Egyptian general are living the last moments of their ill-fated passion. Finally, the curtain comes down, the lead singers Sondra Radvanovsky and Jonas Kaufmann take their bows, and the opera house bursts into … silence.

Nothing personal, of course. Because of Covid-19 restrictions, there were no paying ticket holders for this or any opera performance in the past year at either of the Paris Opera’s two theaters, the Palais Garnier or the Opéra Bastille. And over the same period dozens of recitals, concerts and ballet evenings have also been canceled.

Yet despite this, thanks to the company’s status as a national institution as well as extra government support, the show has more or less gone on.

In the case of “Aïda” at the Opéra Bastille last month, Lotte de Beer’s new production brought together a glittering cast that also included Ludovic Tézier as Amonasro and Ksenia Dudnikova as Amneris — all for a live performance on television and recorded for rebroadcast there and online. More important, it will be ready to be revived when circumstances permit.

“Without a public, you can’t give the best of yourself,” Mr. Kaufmann said in an interview on the Paris Opera website. “It’s a major challenge to sing to a camera in an empty hall. But at the same time we are very privileged because there are probably only 20 or 25 singers in the world participating in a production like this today. And at least many people can have a taste of cultural life at home.”

Similarly, the annual gala of the Paris Opera Ballet was livestreamed on Jan. 27 from the Palais Garnier, with the 275 dancers of the company and ballet school wearing masks for its famous “Défilé du Ballet,” or “Ballet Parade.” And this month, again with no public present, a new production of “Faust” was performed and recorded for rebroadcast in the Opéra Bastille.


The company’s philosophy is simple. Since no one knows when things might return to normal, it wants to have new works to offer when that moment comes. And in the meantime, even if it is hard to ignore the masks worn by members of the chorus and all but the wind instrumentalists in “Aïda” and “Faust,” streaming new productions offers sneak previews.

This is possible for a very un-American reason: generous central government backing for the arts. While the Metropolitan Opera of New York, for instance, has canceled all live performances until the fall, opting instead to stream existing productions, here the French taxpayer has picked up the tab.

Given the collapse of ticket sales and the cancellation of dozens of performances in 2020, the Paris Opera was given about $49 million in emergency aid to add to its annual budgeted subsidy of nearly $113 million. And even with additional money promised for this year and next, the company still expects to operate in the red.


Cutting costs, however, is not easy because, be they dancers or musicians, technicians or office workers, all employees at the Paris Opera are the equivalent of unionized civil servants. And as a result, while dismissals have become the norm in many opera houses, even with little work available here for several months last year, no one on the 1,498-strong staff lost a job as a result of the pandemic.

Wherever possible, then, the Paris Opera has kept its employees busy. For example, rehearsals for a new “Ring” cycle directed by Calixto Bieito continued until it became clear that the tetralogy could not be staged as planned in November. Instead, it was broadcast in December in concert on the radio station France Musique, with the hope that the production can one day be presented.


To catch up on the past, the Paris Opera has also opened a new internet channel, Chez Soi, where recordings of operas, ballets and orchestral concerts can be rented for about $10. But the future poses a more immediate problem. The company’s new director, Alexander Neef, has been awaiting the right moment to announce the 2021-22 season and to name a successor to Philippe Jordan as music director. So far, Covid has not cooperated.

Re: The Paris Opera, Awaiting Normalcy, Forges Ahead

In America, we have football and basketball with masks. Only in Europe (and yes, in Russia), where the arts are appreciated, could opera happen like this. In fact, when Barney posted about that wonderful baroque opera from the Vatican a while back, I noticed the orchestra and even the chorus were wearing masks.

The decay of American cultural values during our lifetimes is something that I mourn daily.
Top
Post Reply
2 posts • Page 1 of 1