A friend sent me this article. Regards, Len

The West End of London is almost deserted except for two dodgy characters — a tottering music critic and a superstar countertenor. We have decided to follow in the nightly footsteps of George Frideric Handel and walk from Covent Garden, where he had some of his greatest operatic triumphs, to Mayfair, where he lived at the height of his fame.

Any particular reason? Many. The superstar countertenor is Iestyn Davies, whose voice was heard six nights a week in the West End and then on Broadway alongside Mark Rylance in Claire Van Kampen’s play Farinelli and the King. If any living singer can be said to embody 18th-century music, it’s him.

“I sang certain baroque arias 109 times during that run,” Davies recalls, not quite wistfully. Was he the first countertenor to sing on Broadway? “If you don’t count the Jersey Boys,” he replies. “In fact, at a baroque music festival in France a very enthusiastic American came up after the concert and said, ‘Man, I could get you an audition for Jersey Boys. You gotta go for it.’ ”

Wisely, perhaps, Davies stuck to what he knows best: singing the music of Handel and his contemporaries. And boy is he prominent doing that at the moment. Switch on BBC2 on April 3 and he’s a soloist in English National Opera’s performance of Messiah. Tune into the London Handel Festival’s streamed Messiah on Monday and guess who the alto soloist is. And if you get IDS (Iestyn deficiency syndrome), from Easter Sunday he also pops up as the soloist in Voces8’s streamed performance of Bach’s Mass in B minor.

Yet none of that is the reason we are walking westwards through London. As part of a Kings Place concert season called London Unwrapped, which aims to “delve into the sonic story of Britain’s most cosmopolitan city”, Davies, 41, has put together a programme with the English Concert called Handel’s London Altos — a deliberately ambiguous title that means he can use music Handel wrote for the extraordinary castrati stars of his operas as well as the male and female altos he used in his oratorios and anthems. “I’ve done it a bit like a Spotify playlist,” Davies says, “with solos from different operas and oratorios running into each other.”

A bit like our meander through Covent Garden’s backstreets, then. I ask Davies if he thinks the spirit of theatreland is much the same now as in Handel’s day. “The topography of Handel’s London is still here,” he replies. “You can almost feel the ghosts of great theatrical and musical figures from past centuries as you pass certain theatres and churches. In fact, I always wonder whether Handel was mobbed in these streets: he was certainly famous enough.”

And London in Handel’s day was just as much a melting pot as it is today. “Certainly the theatre world,” Davies says. “In fact, hardly anyone in Handel’s shows was English.”

Of course, 18th-century Covent Garden was famous for other things as well as theatres. It was Prostitution Central. Yet the curious thing is that, although we know a lot about Handel’s prodigious appetite for food and booze (“It was the lead used to flavour wine that gave him gout,” Davies says), we know nothing of his sexual urges. “One American scholar, Ellen Harris, has tried to dig out some homosexuality in the recitatives of his cantatas,” Davies notes, “but that only makes you feel that academia sometimes gets in the way of the music.”

We have reached Regent Street, not there in Handel’s day (it was built by Nash 60 years after Handel died), but now noisy enough for us to raise our voices. “It makes you realise that Handel was writing for audiences with very different perceptions of the world from ours,” Davies observes. “The loudest sound in their lives might have been a cannon firing. The fastest thing they ever saw was a galloping horse. So although modern-instrument orchestras playing his music virtuosically fast and loudly might not be very ‘authentic’, I don’t mind because it recreates the exhilaration those audiences would have got from Handel’s own performances.”

We are now very definitely on streets Handel would have trod thousands of times. To our right, Brook Street goes west to Handel’s house (with delicious serendipity, the building next door is where Jimi Hendrix lived in 1968 and 1969). In front of us is Hanover Square, named after the royal family whose firework parties, coronations and river trips Handel garnished so brilliantly with music. And to our left is St George’s, with its six great Corinthian columns — the baroque church in which Handel worshipped for more than 30 years.

The elegant, grid-like structure of those Mayfair streets, built just before Handel settled in London, reminds Davies of the often overlooked symmetry in the composer’s music. “We tend to think of early 18th-century operas as being rather hotchpotch in construction compared with the through-composed operas of the 19th century. But if you sit around backstage listening to as many Handel operas as I do, you realise he was brilliant at structure and symmetry. You often find arias that mirror each other, in key or time signature or mood, at either end of the evening, for instance.

“That’s why cutting Handel’s operas — which is done so much these days, particularly in America, to avoid paying overtime to the orchestra — is such a big mistake. It’s like chopping bits from great architecture.”

We are perched now, not exactly comfortably, on the stone steps in front of St George’s — like the bird lady in Mary Poppins. Right on cue pigeons fly past to check we don’t have cakes as well as our takeaway coffees. The church, it turns out, has a dual claim to musical fame. It was not only Handel’s local, it also launched the career of Davies, who was born and brought up in York, when, fresh out of the Royal Academy of Music in 2004, he entered the Handel Singing Competition and was spotted by an agent. The agent got him a high-profile gig standing in at short notice in some Zurich performances of Monteverdi’s The Coronation of Poppea, conducted by the great Nikolaus Harnoncourt.

“When I met Harnoncourt I thought I would do some small talk, so I said, ‘I hear you had a bit of a scary plane journey here yesterday.’ He replied, without a trace of a smile, ‘When you grew up in 1940s Vienna being bombed every night, a bumpy plane journey is not scary.’ So I thought, ‘OK, let’s get on with the opera,’ ” Davies says.

So he went on stage, never having met any of the cast. “I thought, ‘Gosh, that tenor singing Nero is good.’ Later I found out his name was Jonas Kaufmann.”

We have reached the end of our walk so I muster one final, Handelian question for Davies. Apart from the lack of antibiotics, primitive dentistry, lead poisoning in the wine and the distinct possibility of being castrated as a boy if you had a good enough treble voice, would he have liked to have lived in the 18th century? “Only for about ten minutes,” he replies. “Just enough time to pop into the King’s Theatre or Theatre Royal to hear what a performance directed by Handel actually sounded like. I think it would be quite shocking, in a revelatory way. Not a bit like we imagine.” 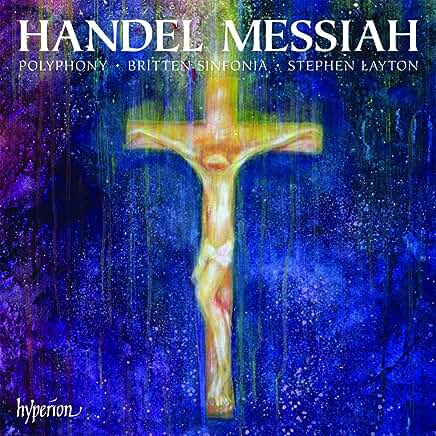 Don't have much by Davies, except for the Messiah above that we play every Christmas and a copy of William Christie's reading of Handel's Belshazzar, both extremely well done.

Good article, Len, thanks for finding that.
Top

Yes, thanks Len, really interesting. I think 18th century London would have been hideous unless you had pots of money. Mind you, the same is true of many or most big cities today. I'd much rather live on 5th Avenue than the poorer parts of Harlem. And be able to afford to go to the Met every other night.
Top

Good article, Len, thanks for finding that.

I wrote this back to my friend. Regards, Len
This reminded me of 2 things I highly recommend if you can see them-the Great Performaces segment on Handel-btw I recommend all 4 segments.

Before becoming the most famous composer of his time, Handel gained a lifetime of experience in Italy. Welcomed by wealthy patrons, he traveled with the Scarlatti family and learned from Corelli and the masters of the Italian Style. Yoo returns to Italy to follow in Handel’s footsteps, taking in the art, architecture, fashion, food, wine, light and landscape that, even beyond Italian music, shaped this German composer for the rest of his life.

and the webcams of my favorite webcamera-his narrated ones of London are just a joy to behold-I almost feel like I'm back in London-this just came up when I was getting my semiannual physical-my doctor from London has a sister there and so wanted to get on a plane to go visit but eventually she decided she didn't want to chance it-anyway highly recommended is the Watched Walker-some of the walks are narrated and all have captions-the camera is held very steady and he sure walks faster than Sue and I can walk! Regards, Len

Users browsing this forum: No registered users and 52 guests