Dark since March 2020, the New York Philharmonic’s home will reopen in fall 2022, a year and a half ahead of schedule. 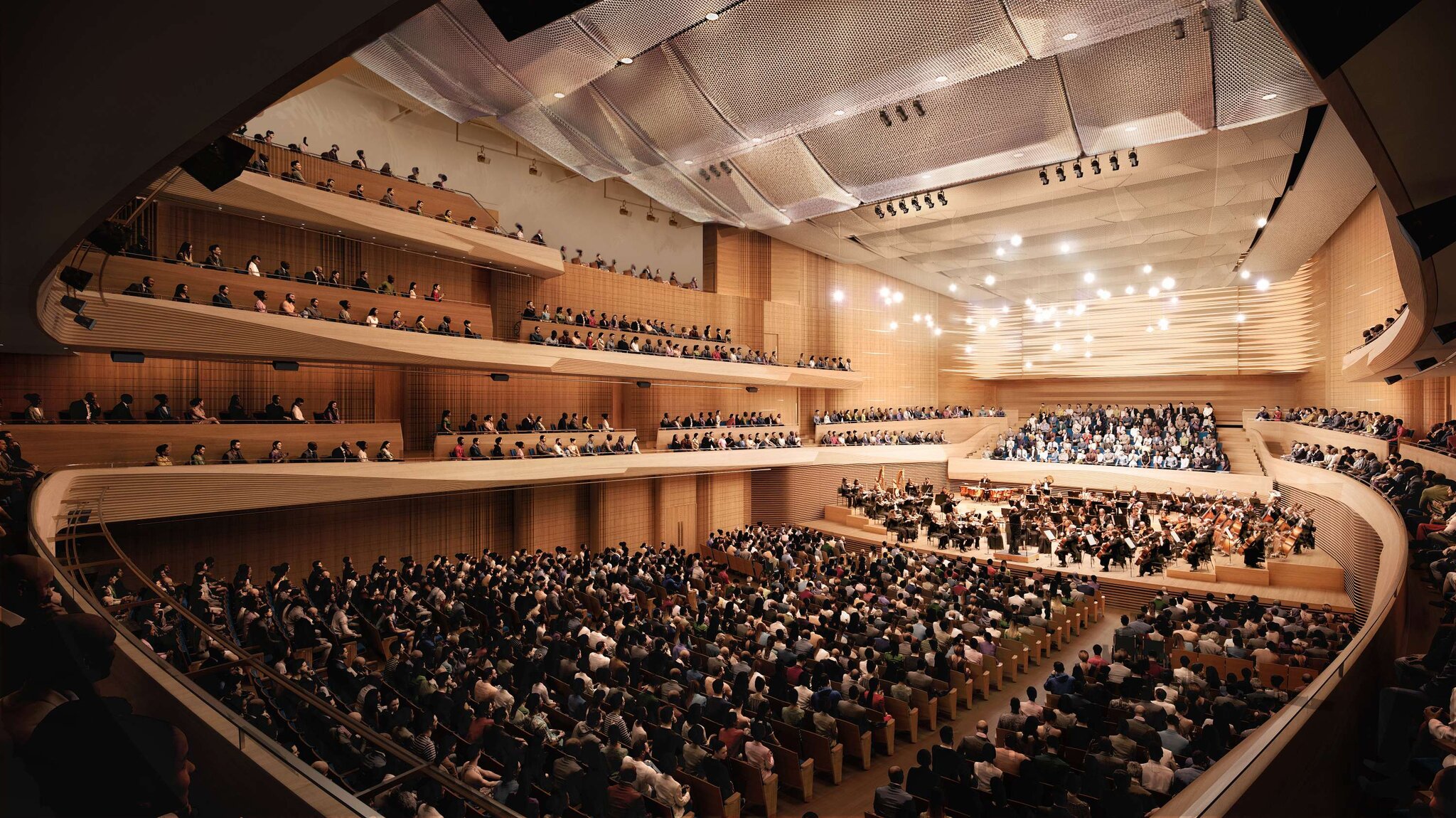 A rendering of the interior of David Geffen Hall after the renovation, including seating around the stage.Credit...Diamond Schmitt Architects
The Geffen Hall renovation is expected to cost $550 million, of which $500 million has been raised, Henry Timms, the president of Lincoln Center, said in the interview. He added that “significant” individual donations had been pledged, but that he was not ready to announce other naming gifts beyond the $100 million from the entertainment mogul David Geffen that jump-started the project in 2015.


“Through 2020, quite rightly, people’s minds were elsewhere, and we had lots of other challenges as organizations,” Timms said. “But once we got to the end of the year, the opportunity became clear: Could we do this sooner? That became a period in which a lot of people stepped up to support the project, because they saw it as a recovery story, a way to invest in the economic and human recovery of the city.”

The old plan had called for progression in stages to limit disruption to the Philharmonic, which would never have lost a full season in the hall. Katherine Farley, the chairwoman of Lincoln Center’s board, said the new timeline would not diminish the scope of the renovation, which aims to render the lackluster hall more aesthetically and acoustically appealing. Seating will wrap around the stage, which will be pulled forward 25 feet to what is currently Row J, bringing a greater sense of intimacy to what can feel like a cavernous shoe box. The new space will have about 2,200 seats, down from 2,738.

The walls will be resurfaced to improve the hall’s resonance, especially bass frequencies. The cramped lobbies and other public spaces will be expanded and improved by Tod Williams Billie Tsien Architects, who in 2019 joined a team that also includes Diamond Schmitt Architects, which is working on the auditorium’s interior; Akustiks, an acoustical design firm; and Fisher Dachs Associates, a theater design firm.

The Philharmonic has not gone entirely dark during the pandemic. In late summer and early fall last year, it brought small groups of musicians around the city in a rented pickup truck for pop-up performances, and has said it will be back on the road this spring. Its NYPhil+ subscription streaming service was unveiled in February, featuring archival concerts and some fresh content. On April 14 and 15, a contingent of players will appear in front of small audiences at the Shed, 30 blocks south of Lincoln Center, with the conductor Esa-Pekka Salonen. (Jaap van Zweden, the Philharmonic’s music director, was not available because of commitments overseas, though he was in New York recently to tape two programs for NYPhil+.)

But its losses have been crushing. The orchestra has projected that the cancellation of its 2020-21 season resulted in $21 million in lost ticket revenue, on top of $10 million lost in the final months of its season last spring. (Some of that has been mitigated by emergency fund-raising.) Even when live performances resume, despite Borda’s rosy predictions, the box office may not bounce back immediately.

The need for savings that will extend beyond the pandemic was reflected in a new four-year contract agreed to by the orchestra and its musicians in December, which includes a 25 percent cut to the players’ base pay through August 2023. Pay will then gradually increase until the contract ends in September 2024, though at that point the musicians will still be paid less than they were before the pandemic.


The renovation of Geffen Hall — which opened in 1962 as Philharmonic Hall and was called Avery Fisher Hall starting in 1976 — has been pending and put off for years, cycling through plans and architects. At one point in the early 2000s, the exasperated Philharmonic plotted a return to its old home, Carnegie Hall; that plan fizzled, further damaging relations between the orchestra and Lincoln Center, its landlord, which also uses the hall for its own musical presentations and for corporate rentals. Concluding in 2012, a $1.2 billion redevelopment of the center left improvements all over — but the costly hall overhaul was not included.

Then, in 2015, Geffen restarted the project with the donation that gave the hall his name. Construction was supposed to start in 2019, but stalled well before that amid logistical problems and management turnover at both the Philharmonic and Lincoln Center. That plan had called for finishing the hall in time for the 2021-22 season. It was a schedule that the orchestra and center came to doubt was viable, but had they been able to stick to it, the renovated hall would have been ready to open just as the city hopes to emerge from the long pandemic closure.

Borda was hired in 2017 in large part to put the renovation back on track; in her previous job leading the Los Angeles Philharmonic, she had brought the construction of Walt Disney Concert Hall over the finish line. In New York, she pushed for a scheme less flashy and more achievable than some of the proposed options — one less likely to overrun its budget and designed to unfold in phases, limiting the stretches the Philharmonic would be exiled.

To be away from the hall for multiple years was assumed to pose an existential threat to its audience’s loyalty. Ironically, if Geffen reopens as now scheduled, the orchestra will have been out of its home for nearly two and a half seasons straight — exactly the situation that was so feared by its management.

As for David Geffen, who expressed frustration at some of the earlier setbacks in the years since his gift, Farley said in the interview that she had just spoken to him earlier that day.

“He’s a guy who’s big on efficiency,” she said, “and loves the idea we’re building it in one shot.”

It's not clear from the article: Where will the NY Philharmonic perform during the 2021-22 season? I'm assuming that by the Fall of 2021, audiences will be allowed in concert halls and theaters in NYC.
Top

Ricordanza wrote: ↑
Tue Apr 06, 2021 6:24 am
It's not clear from the article: Where will the NY Philharmonic perform during the 2021-22 season? I'm assuming that by the Fall of 2021, audiences will be allowed in concert halls and theaters in NYC.

From what I understand, the N. Y. Philh. will be performing around the city in various venues, including some concerts at Carnegie Hall. According to their blog, actual dates and programs have not been announced yet.