Ex-Trump Official Fined and Barred From Government Over R.N.C. Video

Ex-Trump Official Fined and Barred From Government Over R.N.C. Video

COMMENT: Why hasn't this happened to Trump himself, or even Mike Pompeo?? Could it be because Lynn Patton happens to be Black?

Lynne Patton recruited and interviewed public housing tenants in New York City for a pro-Trump re-election video. The residents accused her of tricking them into participating. 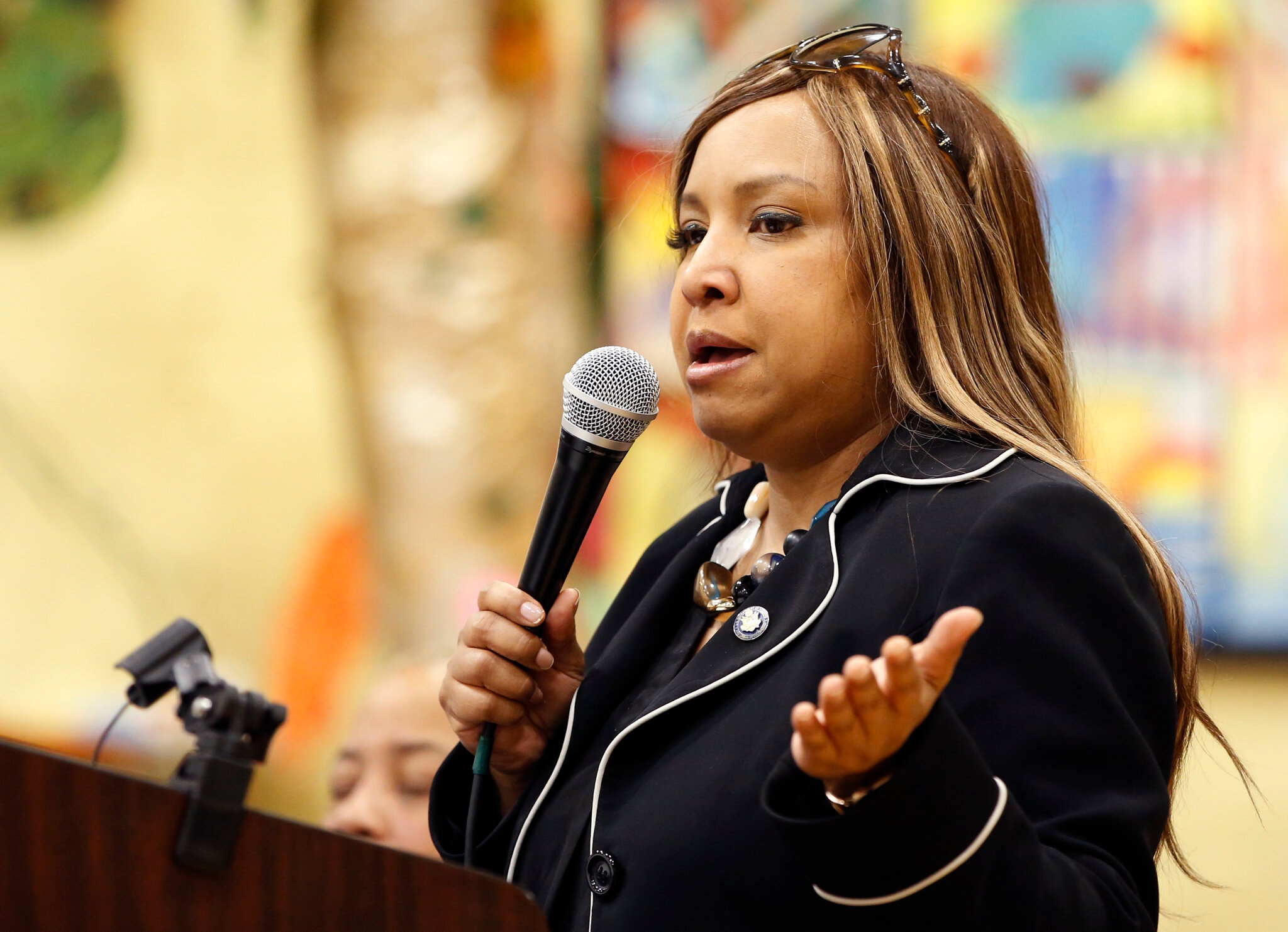 Lynne Patton worked for the Department of Housing and Urban Development after serving as a personal assistant for the Trump family. Credit...Kathy Willens/Associated Press

But within hours of the broadcast, three of the tenants said they were tricked into appearing in the video, did not support Mr. Trump and accused a top federal housing official, Lynne Patton, of orchestrating the production and misleading them about its intentions.

While Ms. Patton had claimed the White House signed off on her involvement, a federal agency on Tuesday found that Ms. Patton had violated a federal law known as the Hatch Act that bars most federal employees from using their government position to engage in political activities.

Ms. Patton admitted to the violation, the agency said, and agreed in a settlement to pay a $1,000 fine and not to serve in the federal government for at least four years. She left her job at the Department of Housing and Urban Development at the end of Mr. Trump’s term in January.

“By using information and NYCHA connections available to her solely by virtue of her HUD position, Patton improperly harnessed the authority of her federal position to assist the Trump campaign,” the Office of Special Counsel, the agency that enforces the Hatch Act, said in a statement. NYCHA, or the New York City Housing Authority, oversees the public housing system.

In her three years as the top regional administrator over federal housing in New York and New Jersey, Ms. Patton said she helped improve New York’s troubled public housing system. But Ms. Patton had also carved out a role as a Trump cheerleader who often mixed politics and governance.

She was among a number of midlevel political appointees in the Trump administration who had little if any experience in their fields and who used their positions to promote the president and his views, often amplifying falsehoods and other misinformation.

On Tuesday, Ms. Patton, who was a personal assistant to the Trump family before working for the federal government, said in an email that she did not regret having created the video.

“Unfortunately, after consulting multiple Hatch Act lawyers post-employment, receiving incorrect and/or incomplete legal advice, even in good faith, from your own agency does not an affirmative defense make,” Ms. Patton wrote.

In the email, Ms. Patton falsely claimed that the tenants had recanted their allegations against her and had acknowledged that they knew how the video would be used. She interviewed them over four hours in a New York City Housing Authority building last summer with a video crew.

Claudia Perez, one of the four tenants who appeared in the video, on Tuesday reiterated her assertion that Ms. Patton had deceived the group into believing the interview would be used to highlight chronic problems at the housing authority. Ms. Perez, who said she voted for President Biden in the November election, said she would not have participated in a pro-Trump video.

“She just wants attention, and I’m not going to give it to her,” Ms. Perez said in response to Ms. Patton’s remarks on Tuesday, adding that she deserved more severe punishment. “I don’t think it was stern enough.”

After the video was broadcast, several federal watchdog groups, including the Campaign for Accountability, filed complaints with the Office of Special Counsel urging an investigation into Ms. Patton’s role in the production of the clip.

In a statement, Michelle Kuppersmith, the executive director of the Campaign for Accountability, described Ms. Patton as a repeat offender of the Hatch Act. Ms. Kuppersmith said she was pleased that the special counsel had followed up on the complaint.

“Laws like the Hatch Act exist for a reason and we hope this sends a message to other officials that violating the law has consequences,” she said.

The video was not the first time that Ms. Patton was found to have run afoul of the Hatch Act. In 2019, the Office of Special Counsel determined that she violated the law when she displayed a Trump campaign hat in her New York office and for “liking” political tweets.

While Ms. Patton worked for the federal government she also pursued a role in a proposed reality TV show featuring two other prominent Trump supporters, Candace Owens and Katrina Pierson. Ms. Patton claimed that a production company had wanted her to appear on a reality show for several years.

To avoid a possible Hatch Act violation, she offered to temporarily resign or take an unpaid absence from HUD so she could film the series, according to records obtained by the American Oversight, a liberal watchdog group. The show, which she told HUD could include scenes from Trump campaign events, never materialized.

At the time of the convention video, Ms. Patton was the HUD administrator for the New York region and had some oversight of the city’s public housing agency.

She entered the orbit of the Trump family around 2009 after meeting Michael Cohen, the former lawyer for Mr. Trump, who connected her with Eric Trump, one of the former president’s sons.

Ms. Patton first joined HUD as an assistant under Ben Carson, then the department secretary, and then relocated to its regional office in Lower Manhattan.

Ms. Patton said she had produced tangible results, including spurring the city’s housing authority, long plagued by mismanagement and substandard conditions, to hire companies to help clean its 326 developments.

In the final months of the 2020 presidential campaign, Ms. Patton echoed some of Mr. Trump’s most outlandish falsehoods about the election and his opponent, Mr. Biden.

In a Facebook post last July, Ms. Patton suggested that she had no interest in helping tackle the homelessness crisis in New York because its leaders opposed Mr. Trump. “EVERY Democratic run city deserves EVERYTHING coming to it,” she wrote.

Matthew Haag covers the intersection of real estate and politics in the New York region. He previously was a general assignment and breaking news reporter at The Times and worked as an education reporter at The Dallas Morning News.