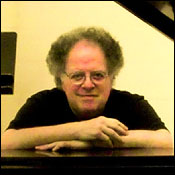 In his first interview in three months, the BSO music director said the torn rotator cuff that forced him off the podium has fully recovered. Levine's injury led the orchestra to scramble for replacement conductors on a recent national tour.

The time off also allowed the 63-year-old conductor to concentrate on his overall health. Levine has lost 35 pounds and plans to shed 15 more, he said.

BSO officials were horrified March 1 when Levine tripped and fell on the stage, injuring the shoulder. For the first time in his more-than-30-year conducting career, Levine spent four months off stage.

``I felt terrible about it in the first period, but then, as I always do, I began to see what was good about my time off," Levine said in a backstage room at Tanglewood, the BSO's summer home. ``I was going to be able to go back to work in better shape."

He will need to be, as this Tanglewood season is, in some ways, more ambitious than last summer's, his first as BSO music director. He arrived yesterday and by Thursday will begin a seven-day-a-week schedule of rehearsals, concerts, and master classes.

On July 7, he opens the season with a program that features Beethoven's Ninth Symphony, the piece he conducted in Boston the Wednesday night that he fell while responding to an ovation. In all, during his five weeks at Tanglewood, Levine will conduct nine concerts, three more than he did last summer, and lead more than 30 rehearsals.

``He's incredibly excited to be back," BSO artistic administrator Tony Fogg said yesterday. ``We're talking about someone who has been a performing musician for 50-odd years. This is a long stretch without making music."

Levine, who divides his professional time between the BSO and conducting at the Metropolitan Opera, said he's not worried about the schedule. Some of the Tanglewood concerts feature works already performed during the BSO season , so they will require less work, he said.

Looking ahead, Levine said that both of his bosses -- BSO managing director Mark Volpe and Met general manager Peter Gelb -- are prepared to lighten his workload offstage if he finds he needs more rest.

``It is a big schedule and a challenging schedule, but I don't think from where I'm sitting it's too much," Levine said. ``But we'll see."

To Levine, there was never a moment when he wondered whether he could return to the stage. He has friends who have had rotator cuff surgery, and his doctors told him he would fully recover. Levine said he feels stronger than before the surgery, during which doctors also removed a bone spur from his shoulder.

As for his weight loss, Levine found it possible once he was freed of his intense working schedule.

``It was obvious I had to find a way to lose weight, and this was a golden opportunity," he said.

Instead of late-night meals at Brasserie Jo , he and his companion Sue Thompson developed a diet that would be nutritious without leaving him hungry. He bought a recumbent bicycle and hired a physical trainer, who encouraged him to walk, develop a stretching routine, and do Pilates.

Levine hopes to lose an additional 15 pounds by the end of the summer, making him 50 pounds lighter than in March. He said that would put him at what he weighed in 1993. He declined to say how much he weighs now.

Through all of this work, Levine never contemplated a life without conducting. Then again, he said he will not necessarily lead an orchestra forever.

``I love to make music more than anything," said Levine, who also performs as a pianist. ``I can't imagine my life without music. As long as I can do what I'm cut out to do, great. But if I came to a point where I couldn't, I think my feeling would be, there's so much [else] to do."

Right now, he's feeling strong, both to lead the orchestra and to perform on his own. Soon after he arrived at the Tanglewood campus, Levine smiled and motioned over to a piano across the room.

``I just need 40 minutes with that monster," he said, and once left alone, he began playing Beethoven.

Geoff Edgers can be reached at gedgers@globe.com.

Re: Welcome Back Maestro Levine

``I just need 40 minutes with that monster," he said, and once left alone, he began playing Beethoven.

On July 7, he opens the season with a program that features Beethoven's Ninth Symphony

Funny you should post this tonight - I just got out of a chorus rehearsal for that very concert.
-Nathan Lofton
Boston, MA

WWBD - What Would Bach Do?
Top

On July 7, he opens the season with a program that features Beethoven's Ninth Symphony

Funny you should post this tonight - I just got out of a chorus rehearsal for that very concert.

So how was Levine??