What are YOU listening to today?

Words cannot express just how good this really is.
Seán

What I have been listening to lately:


Words that describe this performance: MOR. Enthusiastic. Energetic. Vital. And most of all, sure-footed. Levine knows exactly what he wants from the orchestra, and he knows how to get it, not that the LSO is ever anything less than totally professional. For a long time, this was my favorite performance of this work. It is still right up there near the head of the pack. And my experience with this symphony and Levine taught me something else. I bought this recording in its original incarnation soon after its release, and three or four years later I attended a CSO concert at Ravinia in which Levine conducted it. The performance was almost exactly the same. Levine is one of those conductors who does everything the same all the time unless there is some reason to change. He is not one of those conductors whose performance changes depending on his mood or his frame of mind.


This is a good argument for 1) the Philadelphia Orchestra. It has never sounded better, 2) the Deryk Cooke II completion, though I personally prefer the Remo Mazetti, Jr. version done by Leonard Slatkin and the SLSO. 3) James Levine's talent as a conductor.


This is my 26th recording of the Mahler 4th, and I have confirmed my susupicion that this is one of the longer ones by marking down the actuall lengths of all of them. 17 of my recordings are faster. They range from the 50'04 Walter.Halban performance to the 62'28 MTT, Claycomb, SFSO effort. Few, however, are as lovingly phrased as this Levine recording, and Blegen is more than up to the challenge. She has a beautiful high soprano voice that is as clear as a bell, and well-disciplined. But, of course, this is a work which has been well served by the recording industry; a dozen or more in my collection are of the highes quality, and at this level, it is difficult to choose among them. However, I generally prefer a more full bodied voice than we have here, such as the recording by Tabakov and the Sofia Phil with Lyudmila Hahdzieva.


The Medinah Temple in the Near North neighborhood of Chicago, jus a couple of blocks north of the Chicago River, has, in the past, been a frequent venue for CSO recordings. It is also a Masonic Temple, of course, and has been in the past a venue for annual performances of the Shrine Circus. A CSO violinis of my acquaintance once told me, "When we go there to record, half the time you can still smell the elephants."


None of that inhibits this performance, however. Levine's is a sure-footed, eloquent performance, extraordinarily well recorded. The opening of the last movement is particvularly striking and tuneful.


This is better than I remember it being from previous incarnations. My favorite, though, remains the first Bernstein recording. I say that reluctantly, as I grew up in Elmhurst, IL, which is in DuPage County, three towns east of Glen Ellyn, which generated the children's choir used here. From east top west, its Elmhurst, Villa Park, Lombard, Glen Ellyn, and then the county seat, Wheaton.

Picked this up at a book market for €2. I'm sure I'd heard a digital re-release of the recording at some point, but I'm actually surprised at how well the performance stands up on 40+ year-old vinyl. I think I'm beginning to re-evaluate my perception of Karajan's Brahms... Time to dig into the old vaults... 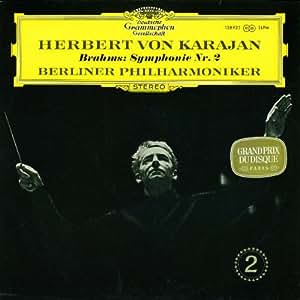 Nobody listening to music? I had to search to find this thread...
Anyway I'm listening to Schumann pf cnc op54 plus 2 Konzertstucke op 92 & 134. Perahia and Abbado.

'An artist must have the freedom to express himself' - Edward Weston 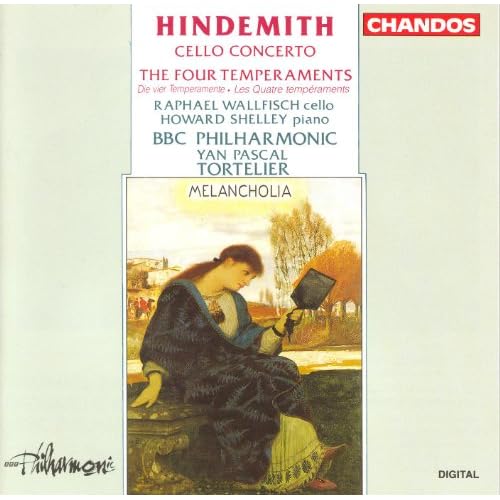 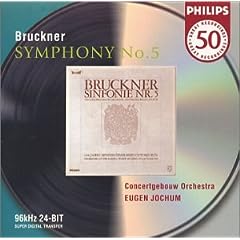 My listening today consists of doing a search for "desert island" in the ol' Chatterbox and seeing what y'all have listed over the years. Good fun.