So much Ozawa is being reissued ...

So much Ozawa is being reissued ...

Ozawa was enormously talented and skilled, aided by a truly photographic memory. (A friend who sings in the Tanglewood Festival Chorus tells of Ozawa giving rehearsal numbers etc. of the Mahler 8th without looking at the score.) But I haven't heard a recording or performance by him that reveals any personality, or perhaps more to the point, any particular depth of understanding or expression. (I made the same criticism of Gieseking's Bach and Mozart just now in another thread; the same words fit Ozawa.) He deserves great credit for maintaining a consistently high level of playing in the BSO, as some other BSO music directors did not; in that respect he was the orchestra's Eugene Ormandy. But it was guest conductors like Colin Davis, not Ozawa, who took best advantage of the orchestra's proficiency.
John Francis
Top

Ozawa made many significant recordings. Like Ormandy, who made even more of those than Ozawa, he never made a big splash with the critics. Long ago, when he was still alive, Stokowski got similarly stiff armed, before some of the cognoscenti woke up to the fact that AT was not the last word on everything classical.

A stunning performance of the Rite. One of my all-time favorites, along with Boulez/CO, Bernstein/NYP and Martinon/CSO (live). 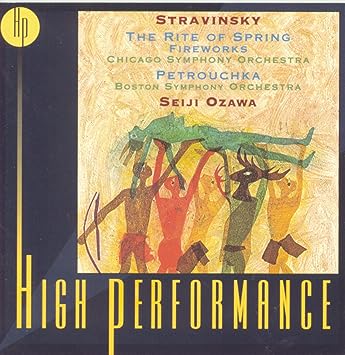 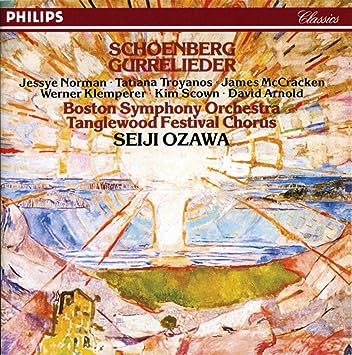 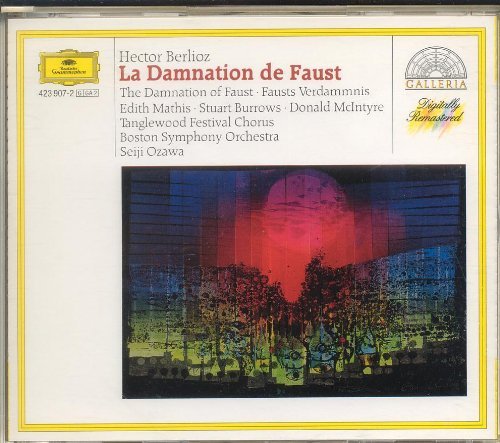 That Gurrelieder is magnificent.

Notice, please, that the recordings listed are 98% twentieth century repertoire. Ozawa had a brilliant talent for the music you mention, but failed miserably in Romantic standards. He simply had no feel for them. The worst Mahler VIII I own is Ozawa's: he's totally out of his depth.

I once had a young tenor in my competition who had been coached in arias from Boheme and Traviata at Tanglewood by Ozawa: I had to refer him to a colleague at the MET so he could relearn his repertoire, he was THAT unmusical.

Right you are, and though the 20th century has been over for nearly a generation, not many conductors are simpatico with its music. Ozawa is. For the Central European classics and the Romantics, interpreters abound, though Ozawa is/was very good in Berlioz.
Top

I heard this in Carnegie Hall. The orchestra and chorus were imposing, magnificent if you like, as I'd expect in this piece as prepared by Ozawa, but interpretively I thought it quite neutral; it left me unmoved. On records, Rafael Kubelik provides what Ozawa doesn't or can't, and more recently, a concert by Simon Rattle and the Philadelphia Orchestra had the right kind of ideas, if not fully realized and integrated. At the other end of the timeline, Stokowski's live Victor recordings, also with the Philadelphia Orchestra (this was the American premiere), have aunique individuality and flair.
John Francis
Top

I join the consensus here. Ozawa is seldom in my CD player.
Top

I have been told by several pros over the years that Ozawa was better in the recording studio than live in the concert hall. I am definitely a fan of his recordings of 20th c. repertoire, however.

Along with a slew of his other recordings, Ozawa's Boston Gurrelieder is available complete in numbered sections on YT.

The 6-CD early Ozawa box with the Chicago is also on YT, the second of Lance's Amazon links posted at the top of this thread.

Barney, I have to say that I am in your camp in that regard. The only Ozawa I seemed to be interested in was his collaborative recordings, and I got them because of the soloists, not Ozawa. The list is lengthy and includes names such as:
Entremont, Watts, Fleisher, Brailowsky, Volodos, Yo-Yo Ma, von Stade, Battle, Rostropovich, Perlman, Pennario, Beroff, Weissenberg, Spivakov, the Lebeque sisters, Peter Serkin, John Browning, Harold Wright, Rudolf Serkin, and of course, many others. That's quite an impressive list - and at least one reason to acquire Ozawa's recordings. For once, I think I will pass on these mega-editions with the exception of the Decca set, which I already have anyway. I heard the 2002 New Year's Concert issued by Philips ... music by J. Strauss, etc., and it was the most unexciting and most non-uplifting music I've ever heard for the famous New Year's concerts. Sad to say, Ozawa was totally out of his element in this repertoire at least by my standards and when New Year's music is judged against other conductor's recordings during these concerts.

Most interesting, chaps, thanks.

I'm currently enjoying The Philips Years box along with the RCA CSO collection. I plan to picj up the German Masterworks box and maybe one of the others from Universal, but duplication may be a problem as Universal Italy is overlapping some of the parent company.

Among the older, golden generation Ozawa reminds me of Monteux and Böhm. I find his recordings very satisfying. His orchestras play with exceptional sectional unity and blend and his performances can be intense. One highlight of the Philips Years box is a Brahms 1st Symphony with the Saito Kinen Orchestra recorded live in Carnegie Hall in 2010 (perhaps some CMG members attended the concert) which is quite electric. It also includes his Boston Mahler cycle. I'd heard the 3rd Symphony from the cycle over 20 years ago and found it moving.