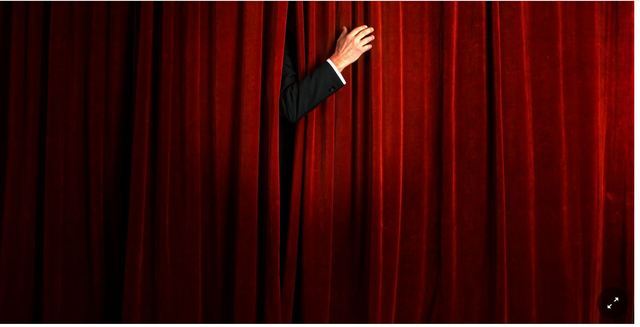 “Das Rheingold” was out of reach. But what was that wink?

Ms. O’Brien, a retired journalist, is an amateur cellist.

He was the kind of usher one encountered at the world’s finest opera houses: London, Vienna, Milan, New York.

A grown-up, a professional. This wasn’t a gig, or his “side hustle,” or his day job. This was his job-job, and he took it seriously.

So when I arrived, breathless, at his post mere seconds after the start of the Metropolitan Opera’s production of “Das Rheingold” three decades ago, his edict was unwavering.

“‘Das Rheingold’ is a one-act opera,” he said. “There is no intermission. There is no late seating.”

I begged: The tickets were a pricey Christmas gift to my husband. This was our first “date” since the baby had arrived two months before. Even though it was January, the old Volvo’s radiator hose had cracked somewhere in Weehawken, N.J. A quick combination of duct tape and antifreeze got us back on our way, but by then it was too late. My husband alighted outside the Met with minutes to spare, then I took the wheel, parked the car and ran as fast as my new-mom body would allow.

As I spoke, the basses and cellos were still rumbling the evocative arpeggios of Wagner’s first 136 bars. The Rhine Maidens hadn’t even started to sing.

Yet he was unmoved. Clearly he’d heard it all over the years.

I went to the people in the box office to plead my case. I doomed it, however, with the utterance of a single word: “car.” “Bridge and tunnel crowd,” read the bored thought bubbles over their heads.

They patiently walked me through History of Opera 101: “Das Rheingold” is a one-act opera. There is no intermission, and yep, you got it, no late seating.

In defeat, I returned to the lobby. And proceeded to cry. We’re talking postpartum, shoulder-racking, snot-leaking, untempered sobs of despair.


No one paid the slightest attention. No one offered a tissue, a glass of water or a nearby seat. No one asked if I was O.K. or if there was someone they could call.

I was overreacting, of course, but they didn’t know that. For all they knew, I might have just been jilted, received a horrid diagnosis or learned of a loved one’s death.

When people talk about the underlying kindness of New Yorkers, I always think about my lobby tears. Apparently the average New Yorker encounters a sobbing woman three, maybe four times a day? So that explains the indifference?

The box office had offered me a seat in the adjoining auditorium. I dried my tears and peeked in: A dozen people were contentedly watching a static feed of the stage. No, thank you.

That left me with more than two hours to kill. “Rheingold” is indeed a one-act opera, but that single act is a doozy. I decided to see a movie or visit a friend who lived nearby. Then I realized that fairly soon, my husband would become so worried he’d leave the theater to find me, and Gotterdammerung! The ban on late seating would snag him too!

So I returned to my usher with a request: Could he let my husband know I was fine and would meet him after the show? I held out my ticket to show him the seat number.

“Why, these are aisle seats!” he said with a touch of wonder.

“Ma’am, I can’t let you in,” he said in a voice that was noticeably louder than before. He lifted his chin slightly to the right, glancing over his shoulder. Approaching was a group of men in suits, wearing badges. “There is no late seating,” he continued, loud enough for their benefit.


As technology advances, will it continue to blur the lines between public and private? Explore what's at stake and what you can do about it.

And then, ladies and gentlemen, he winked.

Best wink of my life.

It was the conspiratorial wink of one working stiff to another, and I knew immediately what I had to do: Walk a few feet away, pretending to be disconsolate.

The group of suits passed, and when the coast was clear, he motioned me into the darkened auditorium, his flashlight quickly locating my husband’s row. I scooted into my seat, my husband squeezed my hand, and I whispered, “Tell you later.”

I’d like to say we slipped him a nice tip after the final curtain, but by then he was gone. His shift must have been over.

Three decades later, the Met is once more staging the “Ring” cycle and there are two more performances of “Rheingold.”

I won’t be there. Whenever I hear the prelude’s rolling arpeggios, they summon the memory of standing in that lobby, wearing my little crimson knit suit with the elastic waist to accommodate the baby weight, and sobbing my heart out.

That’s hardly the opera’s fault. It’s a wonderful work, of course, and if you can get tickets, you should go. Just make sure you’re on time, even if you have to sleep in the lobby the night before. I have it on very good authority it’s a one-act opera, it has no intermission and, now that my favorite usher has surely retired, no late seating.