Brett Whiteley Partied With Bob Dylan. Now His Life Is an Opera

Brett Whiteley Partied With Bob Dylan. Now His Life Is an Opera 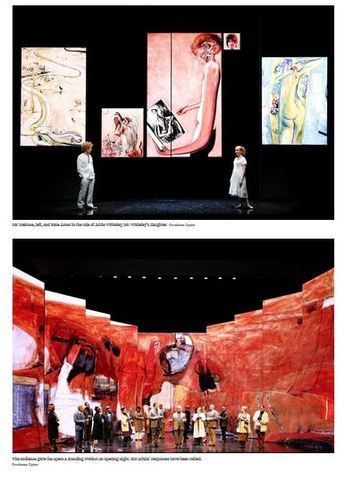 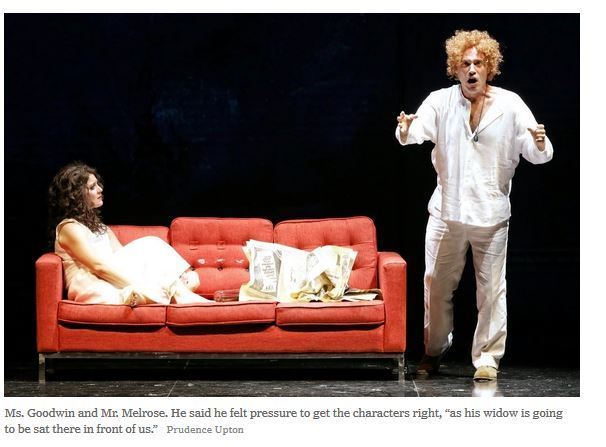 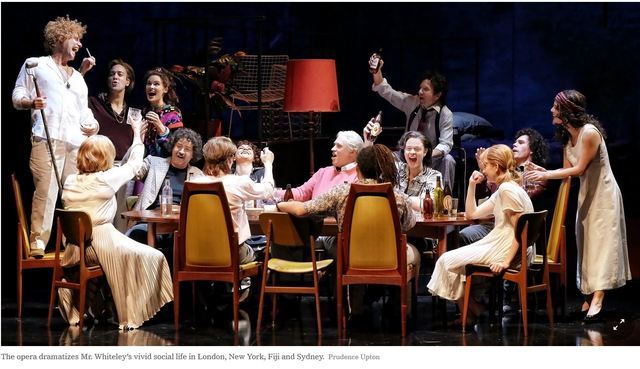 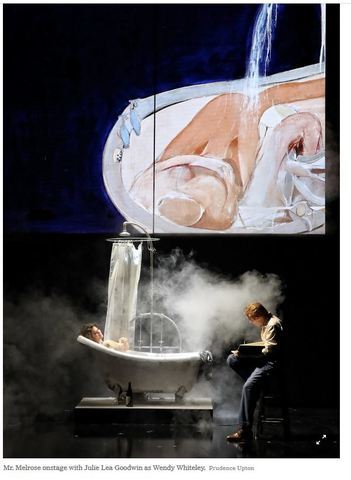 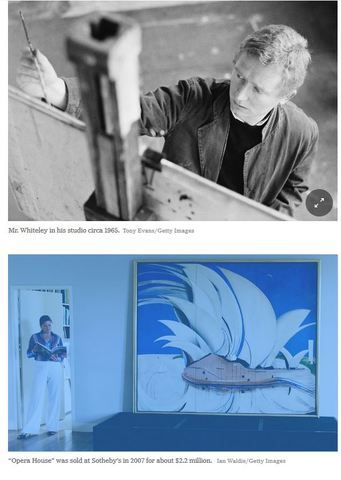 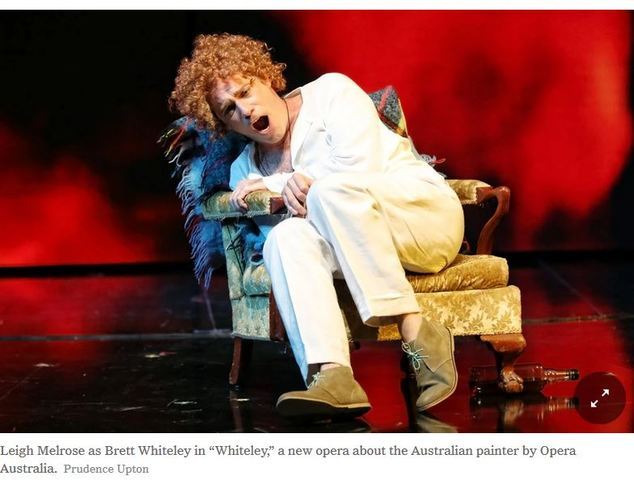 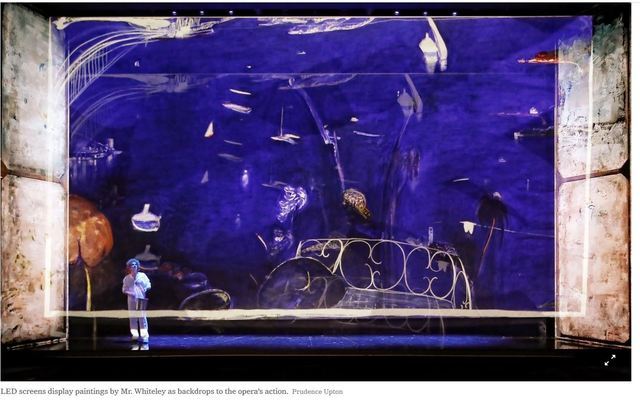 Brett Whiteley Partied With Bob Dylan. Now His Life Is an Opera.

SYDNEY, Australia — Before Brett Whiteley died from a heroin overdose at 53 — alone, in a dingy motel room on the New South Wales coast — he lived like a rock star. He was Australia’s hedonist hero, a painter of grand and voluptuous canvases who hung out with Bob Dylan, Janis Joplin and Dire Straits.

Now, 27 years after his death in 1992, a new opera has been made about Mr. Whiteley’s life. Debuting in his hometown Sydney, it charts his rise from precocious teenager to drug-addled art star, including the back story to some of his most famous works, such as his vivid, bold depictions of the Sydney Harbour and sensual nudes.


“It is sex drugs and rock ’n’ roll,” said Leigh Melrose, the British baritone who is playing Mr. Whiteley onstage at the Sydney Opera House. Or, as the librettist Justin Fleming put it, the work charts the artist’s “terrible descent into hell.”

“Whiteley,” as the opera is called, runs from the 1950s through to the 1990s, and covers Mr. Whiteley’s travels in London, New York and Fiji, as well as his life in Sydney, where he eventually ended up.

Sung in English, and with a musical style that ranges from the lyrical to the dissonant, “Whiteley” is a risky venture for Opera Australia, the country’s main producer of music theater. The company is expanding beyond the classic opera repertoire to avant-garde productions that are uniquely Australian, and, organizers hope, exciting enough to draw in a younger audience.

Opera Australia last premiered a new Australian opera on the main stage at the Sydney Opera House in 2010; that work, “Bliss,” was based on the Peter Carey novel of the same name. Audience figures, however, were disappointing with only around 5,200 tickets sold, according to Opera Australia.

Elena Kats-Chernin, the opera’s Soviet-born Australian composer, said that she wanted to create “something modern, something that people can still relate to — somebody who has actually lived, somebody who people have actually met.”

“Whitely” focuses on the artist’s tempestuous decades-long love affair with his muse and wife, Wendy Whiteley, and the intersection of his work with his reckless, often self-destructive, nature.

Mr. Whiteley was an unapologetic maverick, braggart and superstar in a country that has tended to undervalue its own creative talent while overvaluing culture from Europe and North America. A product of Sydney, he found success in the international art world, becoming the youngest living artist to sell a work to the Tate Gallery in London at 22. His paintings still sell for millions of dollars.


Ashleigh Wilson, the author of a biography of Mr. Whiteley and a consultant on the production, said, “Whiteley came of age in the ’60s when Australia was really starting to muscle up to the world, in terms of its own identity and self-confidence, and he personified that: He was a very cocky young kid full of confidence and ambition.” “He was the celebrity artist who hung out with other celebrities and he also happened to make celebrity art,” added Mr. Wilson.

Mr. Fleming, the librettist, said one of the biggest challenges in creating the opera was remaining sensitive to those who knew Mr. Whiteley while staying true to the more salacious aspects of his life, from substance abuse to womanizing.

He added that the opera was originally going to start with a scene depicting Mr. Whiteley’s drug overdose. But his ex-wife, who, at age 78, remains a respected public figure in Sydney, objected.

Ms. Whiteley still lives in the home on Sydney’s North Shore that she and Mr. Whiteley shared over the course of their near-30 year marriage (which ended with divorce in 1989) and her presence clearly shaped the production.


Mr. Leigh, the baritone, said that there was pressure to get the characterization of Mr. Whiteley right — “especially as his widow is going to be sat there in front of us.”

“Having a member of the family in the audience is not easy,” Ms. Whiteley said in a telephone interview before the premiere. “But then why should it be?”

Ms. Kats-Chernin said she mainly focused on creating music that mirrors “the intense genius, the vibrant edgy” of Mr. Whiteley and his “quirky, flawed, unpredictable character.” That meant adding a touch of distortion to the opera’s pleasing melodies, “to give them an edge, give them spice, give them attention,” Ms. Kats-Chernin added.

Julie Lea Goodwin, 31, the Australian soprano who plays Wendy Whiteley, said the songs were emotional and intense. “I get goose bumps,” she said.

Mr. Whiteley’s paintings — rich in color, and heavily influenced by the French Post-Impressionist artist Henri Matisse — also appear to be a natural fit for Opera Australia’s new push into digital sets and productions: 14 LED screens, each 23 feet high, display works by the artist during the show.


On opening night last week, the audience gave a standing ovation. Critics, however, were mixed in their responses.

The Sydney Morning Herald’s critic applauded the score, with its “bustling tango energy and transcendence,” but others criticized what they saw as a limp libretto that failed to do its subject matter justice.

Perhaps even opera can fall short when it comes to such a spectacular life. Mr. Whiteley was “a mind on fire,” Mr. Fleming said. “He’s like an asteroid, blasting through space. It burns itself out, of course, but it makes an enormous impact.”

Kats-Chernin is a talented composer, but the subject matter leaves me cold. I had experience of Brett Whiteley and his family in 1973 when working for the Arts Documentary unit at ABC Television. Here is the film which bears my name in the credits: it was made, I think, in black and white. Memory fog!

The Whiteleys lived on the lower north shore of Sydney, McMahons Point, right next to the harbour bridge. Wendy still lives there. The home was an addled haze of drugs, dishevilled on-the-run chaos and a child was being brought up in this environment; Arkie Whiteley, only child who tragically died in her 30s from cancer. When we returned to the studio after being there I'd make jokes about how Whiteley looked like Harpo Marx - but he didn't have that comic's sense of humour - and Wendy, his wife, seemed a 'faded ingenue from stock' ("Hannah and Her Sisters").
Top

No, but it would bore you anyway. It bored me working on it because Whiteley was so unpleasant and uncooperative!! We worked with many fine musicians, actors and conductors in that documentary unit, but none was as self actualising and tedious as Brett Whiteley. His paintings gave me a headache.
Top

Thanks and anyway I'm not spending the kind of money they want to have you see it! Regards, Len
Top

Belle wrote: ↑
Sat Jul 27, 2019 9:34 pm
Kats-Chernin is a talented composer, but the subject matter leaves me cold. I had experience of Brett Whiteley and his family in 1973 when working for the Arts Documentary unit at ABC Television.

Belle a follow up-someone I know sent me this link-a short discussion and then a recording of the opera. Regards, Len