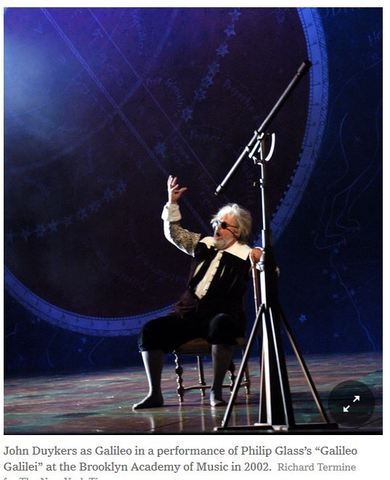 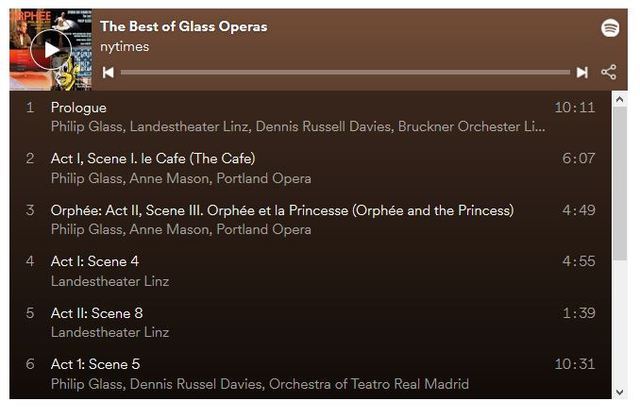 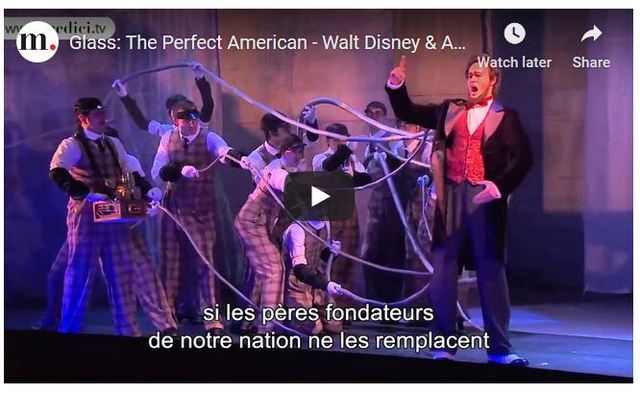 Philip Glass began his operatic career in the 1970s and ’80s with a trilogy focused on great visionaries of history: “Einstein on the Beach”; “Satyagraha,” a meditation on Gandhi’s early activism; and “Akhnaten,” about the Egyptian pharaoh who pioneered monotheism, which runs through Dec. 7 at the Metropolitan Opera. (It will be broadcast to movie theaters worldwide on Saturday.)


These are Mr. Glass’s most famous operas, by far. But over the next 35 years, this peerlessly productive composer went on to write about 30 more, depending on how you count. Among them are other portraits of notable men of history, including Galileo Galilei and Walt Disney. Mr. Glass has also adapted films by Jean Cocteau and stories by Franz Kafka.

His sound, with its flowing arpeggios and churning rhythms, has remained easily identifiable through the decades. Yet Mr. Glass’s best works for the stage — including the eight below, written between 1987 and 2014 — have managed to color that trademark style in fresh hues. Each has been recorded on his Orange Mountain Music label, whose CD editions also include librettos.
‘The Fall of the House of Usher’ (1987)

Edgar Allan Poe’s gothic tale of friendship and mistaken burial is a natural fit for Mr. Glass’s music of roiling portent. But this nimble opera signaled a new interest in dramatic thrust, which had been intentionally absent from long, reflective works like “Einstein,” “Satyagraha” and “Akhnaten.” In this recent release of a stylish performance by Wolf Trap Opera and the Inscape Chamber Orchestra, the two acts speed by in 83 minutes. Yet that’s enough time for the opera to luxuriate in its spooky source material.
‘The Voyage’ (1992)

The Met commissioned an opera about Christopher Columbus in honor of the 500th anniversary of his landing in America; Mr. Glass delivered one — technically. He pointedly avoided dramatizing Columbus’s encounters with Native Americans, and mostly confined the explorer to the second of this opera’s three acts.

The rest is given over to a surging sci-fi rumination on the idea of exploration, writ large. A scientist in a wheelchair (inspired by Stephen Hawking) embodies intellectual courage; interplanetary travelers crash-land their spaceship on an ancient Earth, and wonder whether they should have studied law instead. This sprawling concept inspired some of Mr. Glass’s most feverish orchestral writing up to that point — and the performance of the conductor Dennis Russell Davies, a pre-eminent Glass champion, with the Bruckner Orchester Linz finds delirium in the heat.
‘Orphée’ (1993)

The first in another trilogy, this one based on Cocteau films, offered Mr. Glass a chance to lighten up. Cocteau’s surrealism, by turns sprightly and lightly self-pitying, generates high spirits in the opera, as when jaunty music enlivens the scene of cafe-life bohemia that opens this adaptation of the Orpheus myth. But the conductor Anne Manson and the Portland Opera musicians make sure that Mr. Glass’s talent for love music also comes through — as it does in

Around the turn of the 21st century, some of Mr. Glass’s operas had a grimly overdetermined feel. “In the Penal Colony” and “Waiting for the Barbarians” can be safely categorized as only for completists; “Appomattox,” premiered in 2007 and later revised, has streaks of inspiration, but can drag. But this latter-day Glass portrait opera, a throwback to those early great-men works, has an affecting sense of purpose. Beginning with the sentencing portion of Galileo’s trial, it moves in reverse chronology, showing the scientist’s attempts to make his work palatable, through dialogues and metaphors that Mr. Glass outfits with flashes of humanist optimism.
‘Kepler’ (2009)

Another portrait of a 17th-century scientist, this piece is more diffuse than “Galileo,” perhaps better classed as an oratorio. (An available DVD of the premiere staging in Linz, Austria, does not help craft a strong narrative through line.) But the instrumental writing shows Mr. Glass moving farther afield from the music of his early operas and symphonies, and embracing a broader harmonic palette. And in scenes like “Physica Coelestis,” in which Kepler works alongside an ensemble of vocalists to craft a “celestial physics,” Mr. Glass makes a vision of scientifically informed spirituality seem within humanity’s grasp.
‘The Perfect American’ (2011)

This fictionalized (and unflaggingly unflattering) account of Walt Disney’s life and career is adapted from a wry novel by Peter Stephan Jungk. There are surging choral scenes, and stretches of captivating orchestral writing. But the dramatic pacing is uneven — making this another Glass opera that one might prefer to listen to, rather than see. Yet one startling 10-minute sequence, in which Disney debates an animatronic Abraham Lincoln about the civil rights movement, is among the highlights of Mr. Glass’s output.
‘Spuren der Verirrten’ (‘The Lost’) (2012)

The dystopian and absurdist aspects of this libretto — adapted by Rainer Mennicken from a play by the Nobel laureate Peter Handke — inspired one of Mr. Glass’s most vivid and peculiar late-period scores. As a stream of isolated, confused or despotic presences mill about the stage — introduced by a character called the Spectator — Mr. Glass reaches for nervy effects, as when a pair of winds join drums and electric bass during the climax of a mad dance that takes place near an eyeless Oedipal character. (The DVD release really helps with this opera.)
‘The Trial’ (2014)

Here’s where Mr. Glass makes the most of his affection for Kafka. There’s a thumping sense of parodic parading as Josef K. is shuttled between institutions by fellow citizens who are, like him, being terrorized by random accelerations in the law’s attack. It’s a purposely blunt work, a radio-play version of Mr. Glass’s operatic style, smartly suited to the fable-like nature of the underlying tale. The brasses of the Music Theater Wales ensemble show off their polish in a recording conducted by Michael Rafferty.

Re: The Best of Philip Glass’s (Many) Operas After ‘Akhnaten’

There's something uncanny about Glass's extraordinary productivity. Partly it may be due to the harmonic simplicity and extreme repetitiveness of his minimalist style; obviously it takes less tme to write a phrase and repeat it literally 100 times than to compose 100 bars of complex developing music, but if that explains anything it's not the whole thing by any means.

And then there's the question of quality, the quality of music produced in such quantities and such speed - how can it be any good? Even Mozart and Schubert didn't crank out music at that rate. For me that's an easy one, since I don't think most of Glass's music is any good, but serious and sophisticated musicians and listeners evidently find something in it.

I don't lose any sleep puzzling over this phenomenon, I merely ignore it. But I'd be interested to read more about it than I've done so far, for what that might be worth.
John Francis
Top

Re: The Best of Philip Glass’s (Many) Operas After ‘Akhnaten’

I'd go to some more of his operas if they showed up in the NYC area. However I do want surtitles. Regards, Len