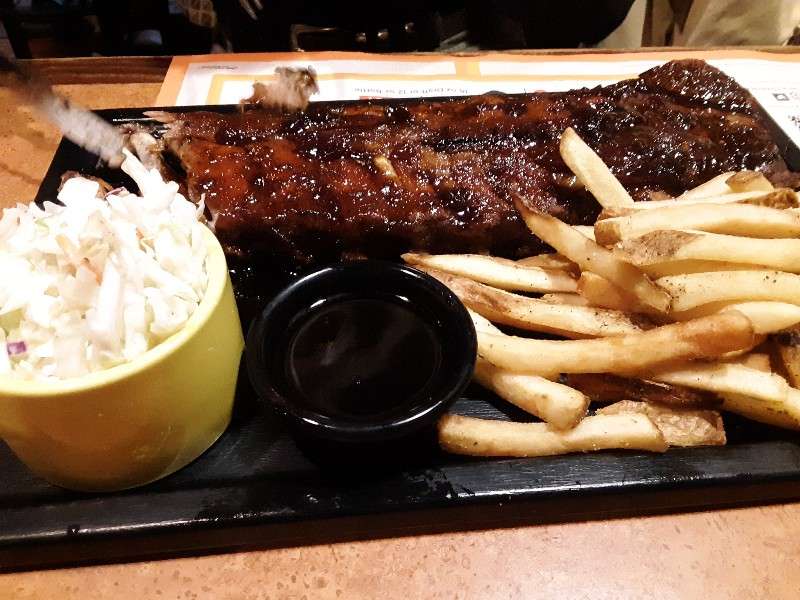 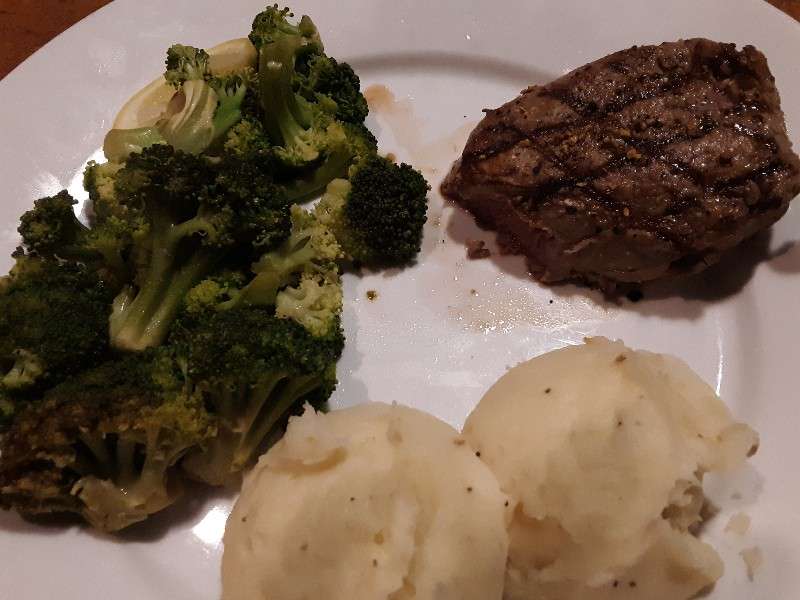 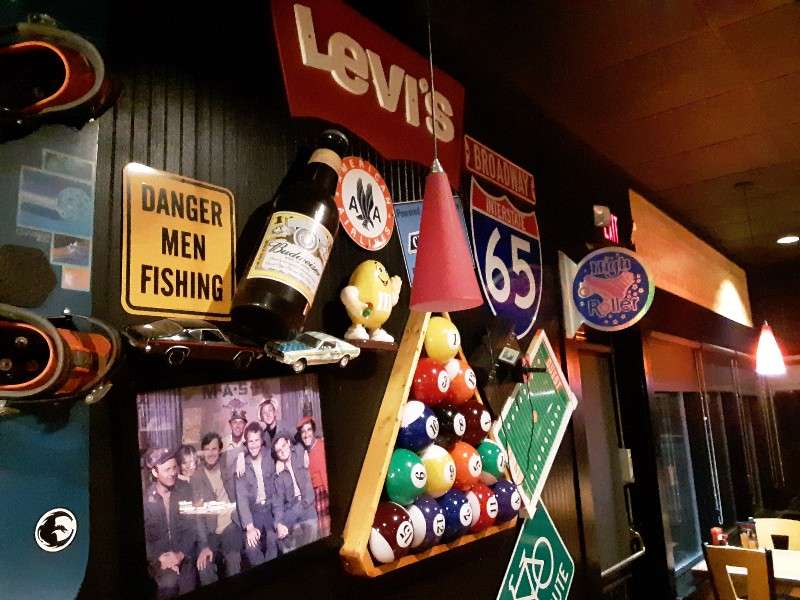 Just back from a creditable dinner at a TGI Fridays --we hadn't been to one for many years--2 minutes from our hotel down here in wilmington delaware for tomorrow's private gardens of chester county Pa-it was rainy so we went for the convenience-the ribs were very tasty, the fillet mignon was good but not perfect. Anyway when we got back to the hotel this interesting article was waiting for me. Len


The Secret of Verdi’s ‘Otello’ and ‘Falstaff’? His Publisher

A new exhibition at the Morgan Library & Museum reveals the crucial role Ricordi played in creating these late masterpieces.

His “Aida” had its premiere in December 1871, and the great composer, then just 58, wondered what to do next. One thing was certain: He didn’t have much appetite to return to the opera house, as he discovered when he involved himself in some stagings of his work.

“Peace,” he wrote to a friend as the end of the following year approached, “it’s the best thing in this world, and it’s what I desire most at this moment. What devil ever put it into my head to get involved in theatrical matters again!”

Verdi would stay largely uninvolved for years. He would not have another premiere until 1887, when “Otello” — perhaps the greatest opera in the Italian tradition — opened at the Teatro alla Scala in Milan, followed by another Shakespeare adaptation, the wise and witty “Falstaff,” in 1893. This late-career renaissance is one of the most astonishing in musical history, and it is the subject of the small but intriguing exhibition “Verdi: Creating ‘Otello’ and ‘Falstaff,’” at the Morgan Library & Museum through Jan. 5.

The show adds some Morgan treasures — like an “Otello” musical sketch and a First Folio edition of Shakespeare, open to Desdemona’s death scene — to loans from the archives of Ricordi, the distinguished Italian publisher: scores, posters, ledger books, contracts, correspondence and memorabilia. The results are as much a paean to Giulio Ricordi, the grandson of the company’s founder and Verdi’s trusted associate, as to the composer or Arrigo Boito, the librettist of “Otello” and “Falstaff.”

That Ricordi was integral is less the company’s promotional trick than it is a simple fact. The exhibition’s main value is to remind us that music publishers in Verdi’s day did not just print and mail scores. They also connected artists; advanced favored singers; created set, costume and prop designs, with some lovingly detailed examples on view at the Morgan; compiled staging books that allowed opera houses to reproduce, more or less moment by moment, the blocking from the premiere; promoted openings; managed reputations; soothed egos.

The company, in other words, was a one-stop operatic shop, crucial from beginning to end of the process of composition and production. It is safe to say that “Otello” and “Falstaff” would not exist without Giulio Ricordi.

They nearly didn’t exist even with him. As Verdi entered his 60s in the mid-1870s, he was grumpy, bitter about trends in Italian music and politics. (In both areas, he rued the country’s turn away from France, toward Germany.) His domestic life was messy, with his house increasingly shared not just by his wife but also by the woman who was most likely his mistress. Even Ricordi disappointed him: The company had to compensate him for account irregularities Verdi had discovered.

He wrote his Requiem, which had its premiere in 1874, but no operas, to the increasing anxiety of those close to him. A friend wrote to him in 1877: “Even if I attach no weight to the rumors that you’re at work on a new score (some say ‘Nero,’ others ‘Julius Caesar,’ others something else again) I hope that you have not terminated your career and that your genius will manifest itself with new creations.”

But Verdi, writing to another friend the following year, was resolute. Returning to the stage would inevitably cast him as a pale imitator of Wagner, at that time the sensation of Europe: “For what reason should I write? What would I succeed in doing? What would I gain by it? The results would be quite wretched.”

It was Giulio Ricordi, a young, cultured businessman who wrote operettas under a pseudonym as well as acute music criticism, who had seen the solution to Verdi’s drought: a new collaborator. Boito, a composer himself and an avatar of a cosmopolitan avant-garde, was not the most obvious pairing with Verdi, a pillar of Italian tradition nearly 30 years older. But Ricordi perceived deeper sympathies between them, and guided their collaboration over many rocky years.

He knew just how handle the skittish, sensitive Verdi: with an adroit combination of candor and flattery. “It would be supremely ingenuous to say to you that a new Verdi opera would not make us a fortune in the financial sense,” Ricordi wrote, but added that “this thought is a hundred times outweighed and, I must say, overshadowed by the immense, indescribable emotion I feel at the thought of a work that will make your name still more glorious.”

Ricordi was clearly betting on that fortune. One of the most fascinating items at the Morgan is the publisher’s summary book of contracts; the entry for “Otello” reveals an advance of 200,000 lire, the equivalent of over $1 million today, on top of the royalties that would pour in if the work were a success.

In 1884, the project was nearly derailed when Verdi read a newspaper account of a banquet in Naples at which Boito was said to have claimed that he took on “Otello” “almost against his will, but that, when he had finished it, he was sorry not to be able to set it to music himself.”

This enraged Verdi, who had to be placated by Boito. “This theme and my libretto are yours by right of conquest,” the librettist wrote. “You alone can set ‘Otello’ to music.” (The conquest metaphor was not an exaggeration for the controlling Verdi: On display at the Morgan is a contract for the 10,000 lire that the composer later paid Boito for outright ownership of his “Falstaff” libretto.)

Visitors to the exhibition can listen over headphones to excerpts from the letters, in which the composer and the librettist haggled — respectfully and, eventually, affectionately — over trims and dramaturgy. They ended up with a harrowingly propulsive drama that was a sensation from its premiere: The most moving artifact in the Morgan exhibition is the copy of the “Otello” libretto Giulio Ricordi had with him at the first performance in Milan. On the final page, he records in pencil the “frenzied applause” and then the progression of bows — ending, of course, with “Verdi solo.”

“Falstaff,” complex though it was, and uncertain though Verdi was about carrying it out, had fewer obstacles. By then, he and Boito were on terms of real warmth. The partnership Ricordi so shrewdly engineered would move from one of opera’s darkest tragedies to one of its airiest, most sophisticated farces, an apt capstone on an epochal career.

“After having relentlessly massacred so many heroes and heroines,” Verdi said, “I have at last the right to laugh a little.”

Verdi: Creating “Otello” and “Falstaff” — Highlights From the Ricordi Archive

Besides Mefistofele, Boito wrote Nerone, which was performed here in Carnegie Hall and released commercially by Hungaratron on CD in 1996, if memory serves me correctly. Boito couldn't hold a candle to Verdi as a composer, but his libretti for Otello and Falstaff are very fine, IMHO. Here's the Nerone CD cover: 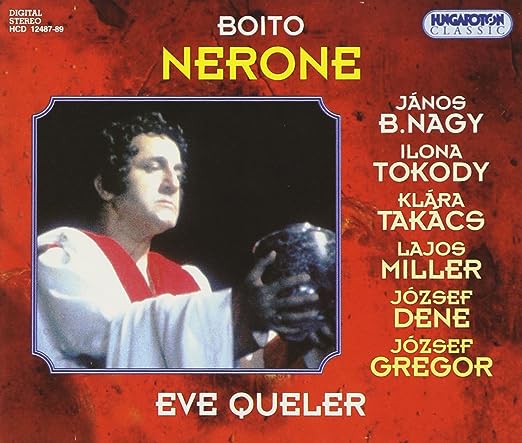 I had no idea that I have Giulio Ricordi to thank for the creation of my two favorite Verdi operas.
Top

Mrs. Verdi deserves credit too. Her understanding of Verdi's psychology and her tactful encouragement played a role.

Boito wrote 10 opera librettos and parts of two others. Most of these are unknown today because operas like Faccio's "Amleto" and Bottesini's "Ero e Leandro" aren't performed, but "La Gioconda" is, and perhaps Boito didn't think any more of it than I do, because he used a pseudonym, the anagram Tobia Gorrio.

"Nerone" is a depraved libretto, I've read it once when listening to a recording of the opera and have tried to forget it. Why did this story appeal to him? Some of the music is memorable but most of it doesn't amount to much, and despite Toscanini's persistent efforts on its behalf at La Scala and many other Italian opera houses, it's almost never staged and rarely given in concert.
John Francis
Top

[quote="John F" post_id=497722 time= "La Gioconda" is, and perhaps Boito didn't think any more of it than I do, because he used a pseudonym, the anagram Tobia Gorrio.

Don't know Nerone, but I really like Mefistofele.
Top

Len, are you suggesting that Falstaff ate food like that in your pictures??

Yes, but that was just the entree! Have you looked at menus from Tudor times? Staggering, not least for mixing up sweets and savouries in the same course.
Top