“Un Ballo in Maschera” is the last in a series of Verdi operas led in concert by the Chicago Symphony’s music director, who departs after next season. 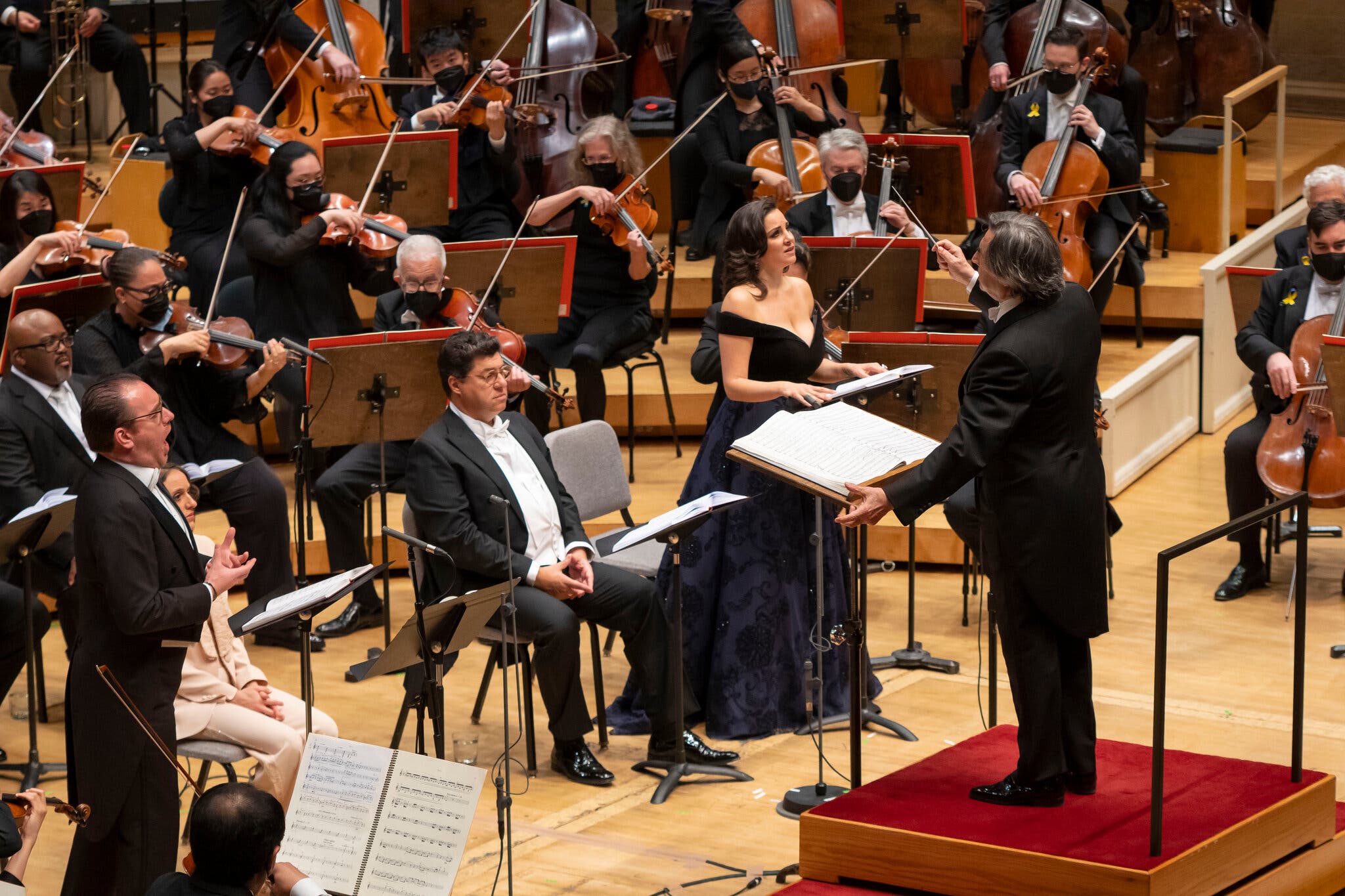 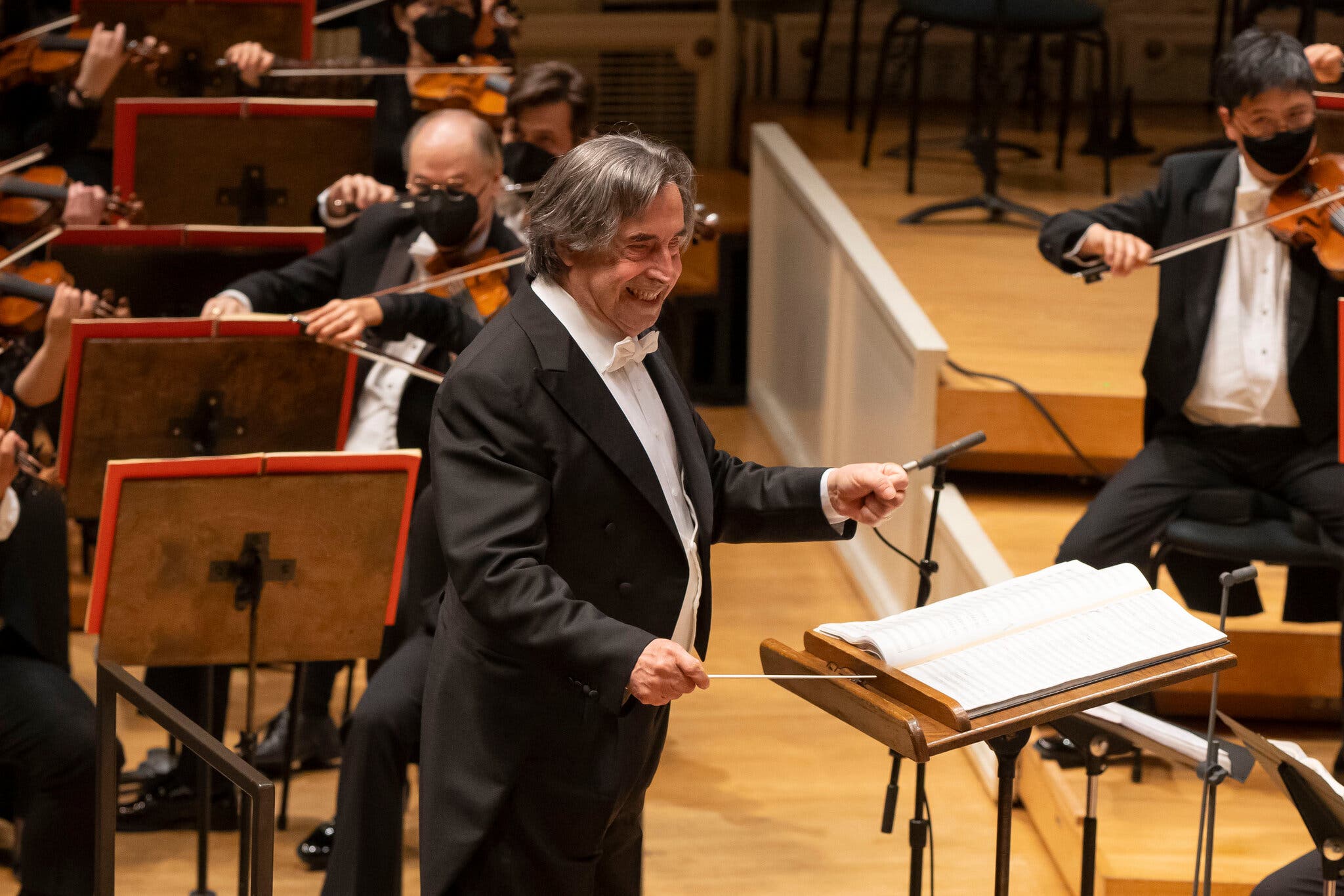 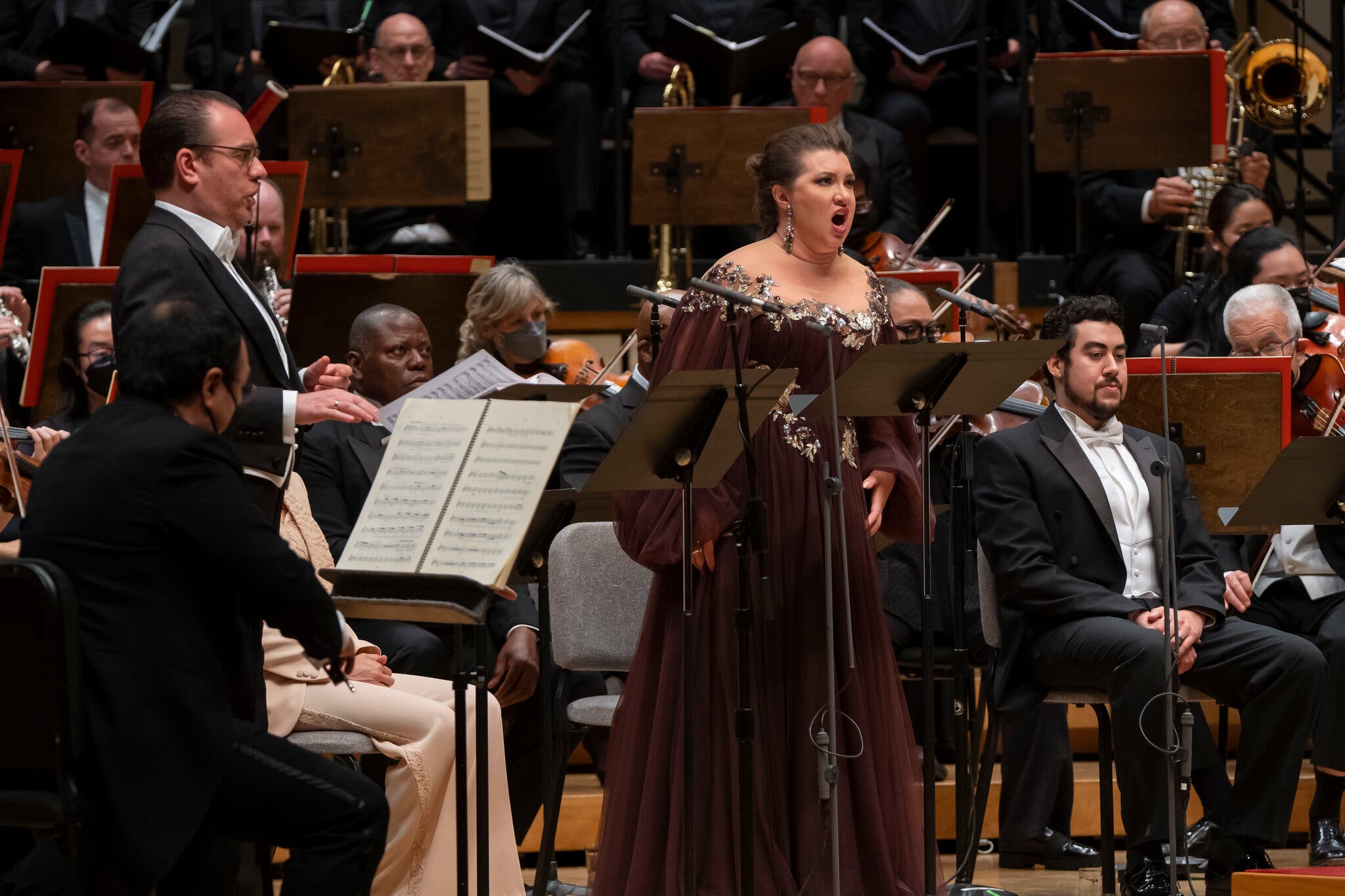 As the opera opens, a crowd sings while a ruler sleeps. For those who love him, it is a state that should bring him rest and refreshment. For those who conspire against him, it is a premonition of his hoped-for death. That battle — between vitality and the grave — continues to the score’s crushing finale.

It was particularly hard to avoid thinking of endings during the Chicago Symphony Orchestra’s sumptuous performance of “Ballo” here on Thursday evening. Riccardo Muti, the ensemble’s music director since 2010, will depart after next season. And after more than a decade dotted by acclaimed concert versions of his beloved Verdi in Chicago, this is his last opera with this superb orchestra. (Saturday and Tuesday bring two final chances to hear it.)

After missing performances here in April because of a positive test, Muti tested positive again last Thursday, leaving that weekend’s concerts to another conductor and putting “Ballo” — which requires more rehearsals than a normal subscription program — in serious jeopardy.

But on Thursday, there was Muti, who turns 81 next month. While the bags under his eyes looked heavier than usual, even from a seat in the balcony, he was still stomping on the podium and vigorously pumping his arms downward to draw out the weightiest marcato emphases. He was still crouching nearly to the floor when he wanted the volume softer, and reaching toward the ceiling to summon thunderous climaxes.

Verdi is his life’s work. Few who chat with him for more than a minute or two avoid a passionate lecture about how this composer’s scores remain underrated for their sophistication: messily conducted, vulgarly sung and damnably staged.

This positions Muti conveniently in the role of savior: finally wiping the grime from long-dirty windows. Whatever he may think, he is not the only conductor who tries to do Verdi justice, but there is no question that he brings to these operas a gleaming, even fearsome clarity.

And stretching back to his performances of the Requiem as the Chicago Symphony’s music director designate in 2009, Verdi has provided a series of exclamation points on his tenure here. Never have I attended an opera performance as breathtakingly focused and ferocious as their “Otello” in 2011. “Macbeth” (2013) was a grimly propulsive march, and “Falstaff” (2016) a witty wonder, a smile in the shape of a symphony orchestra. Only “Aida,” in 2019, struck me as excessively controlled and arid.

A tense tale of disguises and deceptions, “Ballo” is by far the strangest of this collection, a product of Verdi’s middle-period experimentations in emotional ambiguity and sometimes jarring juxtapositions of tone. (It premiered in 1859, after “Les Vêpres Siciliennes” and “Simon Boccanegra,” and before “La Forza del Destino.”)

The opera is an eerie combination of melodrama and lighthearted, operettalike moments, with a homoerotic whisper over its central love triangle: Renato kills his best friend, Riccardo, because Riccardo is in love with Renato’s wife, Amelia, but it can be hard to tell which one of them arouses Renato’s jealousy more.

The quality of the singers, in some of opera’s most fiendishly difficult roles, has varied in the Verdi pieces Muti has led here. But the work of his orchestra has been consistently agile and virtuosic, an ideal vehicle for his goal of bringing out rarely heard details without stinting overall blend and drive.

So in this grand but tight “Ballo,” you heard — as you usually don’t — the slight, sour instrumental harmonies under the conspirators’ bitter laughter. Later, as those assassins plotted, their crime was sternly echoed in the resonance and unanimity of the evocative combination of harp and plucked double basses.


As Amelia admitted her love to Riccardo, the strings trembled with a softness as palpable as it was audible; those strings had earlier roared with sinewy bristle when Riccardo asked a fortune teller who his killer would be. The prelude to the second act mingled lyrical expansion, somber brasses and a strangled stutter in the cellos; the Chicago winds these days combine artfully, their variety of textures united by their shared phrasing.

Especially memorable on Thursday were the understated eloquence of John Sharp’s cello solo during Amelia’s aria “Morrò, ma prima in grazia,” and the spine — sometimes strong, sometimes shadowy — provided by the timpanist David Herbert. “Ballo” is full of simmering quiet, from which the full orchestra was able, time and again, to suddenly explode with savage, Mutian precision.

The Chicago Symphony Chorus — prepared by Donald Palumbo, here for a stint after the end of the season at the Metropolitan Opera, where he is the chorus master — sounded richly massed, and sometimes terrifyingly robust, but not turgid. Even forceful phrases did not cut off abruptly; consonants and vowels alike felt rounded and full.

Best among the featured singers were the mezzo-soprano Yulia Matochkina, commanding as the soothsayer Ulrica, and the soprano Damiana Mizzi, sprightly but silky as the page Oscar, a rare Verdian trouser role. The baritone Luca Salsi was an articulate, occasionally gruff Renato. The tenor Francesco Meli — like Salsi, a Muti favorite — was brash and ringing as Riccardo; his generosity faltered only occasionally at the very top of his range.

When the accompaniment was spare and the vocal line floating, the soprano Joyce El-Khoury sang Amelia with soft-grained delicacy, though her tone narrowed as more pressure was placed on it. With her sound brooding, she effectively projected her character’s pitifully unmitigated sorrow. But she and Meli were pressed to their limits by the ecstatic end of their Act II duet.

But the star of the show was never in doubt. This was not Muti’s final performance in Chicago, not by a long shot. There was nevertheless special poignancy near the end, hearing — from the voice of a character named Riccardo, no less — a dying farewell to “beloved America.”

Re: Before Riccardo Muti Leaves Chicago, a Verdi Farewell

That's a performance I would have given my eye teeth to attend!

There's no question that Muti is a great Verdi conductor.
Top

Re: Before Riccardo Muti Leaves Chicago, a Verdi Farewell

Muti's grand tour of Verdi's work with the CSO is a triumph. This review is spot on. Here are a few of my personal takeaways after attending Thursday night's concert.
With performances such as this, staging and costumes can be a distraction and no longer necessary. While the details are in the libretto, the story is told by the music.
The CSO under Muti can turn on a dime in both speed and dynamics without any loss of precision. It really is a technical wonder.
Muti communicated with Meli about his vocal distress at the end of Act II with a slight hand gesture. Meli replied with a head shake, and then walked off stage during the next scene to rest. After his return, Meli was fine for the rest of evening. All were in good hands.
It is heartwarming to see Donald Palumbo, once long-time chorus director at the Lyric Opera, again on a Chicago stage. Bravo, Maestro!
Yulia Matochkina is a new name for me to watch. She has been getting a lot of international sucesses lately. She was in the Netherland doing Verdi's Requiem under Karina Canellakis just the week prior. That performance can be streamed on YouTube.
Incidentally, in my opinion Canellakis should be a candidate for CSO's next chief. Her Heldenleben with the CSO two months ago was a real eyeopener. I attended performances on Thursday and Saturday evenings, and the Saturday's concert offered one of the most satisfying endings in my concertgoing experience.
Top
Post Reply
3 posts • Page 1 of 1