A production of Benjamin Britten’s opera at the Teatro Real in Madrid highlights the difficult new conditions for British artists working in the European Union. 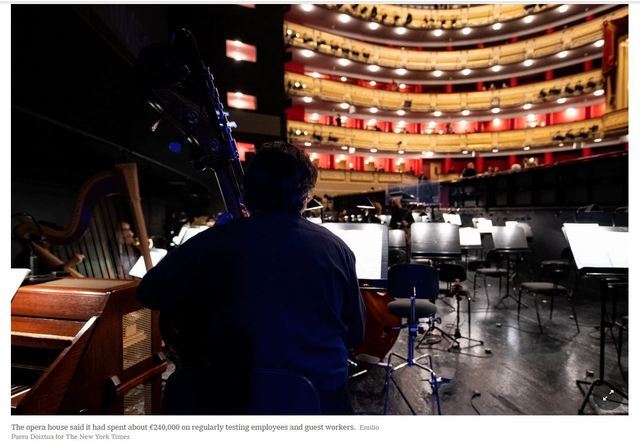 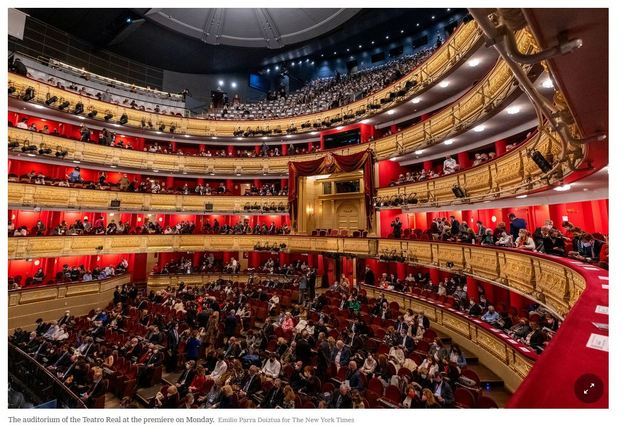 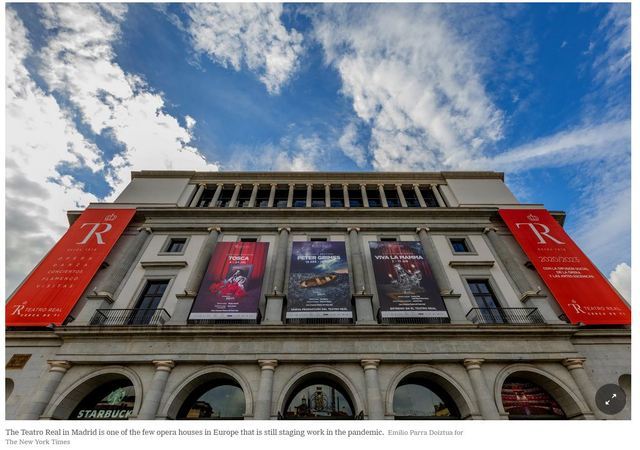 MADRID — In a new production of “Peter Grimes” that premiered at the Teatro Real opera house here on Monday, the people of an English seaside town wave the British flag, and pack into a pub seeking shelter from a sudden downpour.

Benjamin Britten’s 1945 opera about an ill-fated fisherman is one of the most quintessentially English works in the opera repertoire, but Britain’s recent exit from the European Union, coupled with a travel ban and other restrictions triggered by the coronavirus pandemic, has made staging it in Madrid a journey across choppy and uncharted waters.

“Having to deal with Brexit and the pandemic at the same time was diabolical,” Joan Matabosch, the artistic director of the Teatro Real, said in an interview.


The show is a coproduction with three other theaters, including the Royal Opera House in London, where it is scheduled to play next March, and 17 people had to travel from Britain to Madrid for rehearsals and performances. Almost all the production’s lead singers are British, as is its director, Deborah Warner.

Until Jan. 1, while Britain was in a transition period after its departure from the European Union, British performers could work throughout the bloc without visas. Since then, they have to apply country by country for entry visas and short-stay work permits. Each E.U. member state has set its own requirements, making it even more complex for artists who want to tour the continent.


Rehearsals in Madrid started two weeks late, because of difficulties getting visas and a travel ban introduced after a new variant of the coronavirus was identified in England late last year. The performance schedule had to be shortened by one show, with fewer rest days, to allow the British members of the cast to leave Spain within the 90-day limit of their visas. Gregorio Marañón, the Teatro Real’s president, said that he personally spoke with three Spanish ministers to help with the paperwork required for the British visitors.

Matabosch said that many of the production’s difficulties arose “because nobody really seemed to know how the new Brexit rules applied. So we had some people who had to make three attempts to reach Madrid, but at least finally everybody got here.”

Opera productions are planned well in advance. Four years ago, when the Teatro Real decided to schedule “Peter Grimes” for 2021, Britain had recently voted in a referendum to leave the European Union, “but nobody imagined it would take so long for Brexit to actually happen,” Matabosch said.

Negotiations between the British government and the European Union dragged on because Brussels did not want Britain to cherry-pick benefits that apply to its member states while freeing itself of membership obligations. Even after an overall deal was completed, the specifics of many issues were left unresolved, including how travel visas would work for artists.

In Britain, a parliamentary inquiry is underway, spurred by a chorus of criticism about the post-Brexit situation for performers, with complaints from major pop stars like Elton John and Dua Lipa. In February, Britain’s culture minister, Oliver Dowden, blamed Brussels for rejecting a British proposal to grant British artists eased access to the 27 remaining E.U. nations. “It is worth noting that what we put forward was what the music industry had asked for,” Mr. Dowden argued before Parliament. But Michel Barnier, Brussels’ chief negotiator, has insisted that it was London that rejected last year an E.U. offer to agree special terms for traveling musicians and other artists.


Warner was scathing about the lack of a deal for British artists, saying that the production’s visa problems were the result of “the scandalous negligence of the U.K. negotiators who have failed utterly the music world.”


Spain was among the countries worst hit at the start of the pandemic, when hospitals in Madrid overflowed with Covid-19 patients. But after a national state of emergency was lifted last summer, Madrid’s opera house reopened, alongside many other theaters across Spain.

Since then, the regional authorities governing Madrid have kept Spain’s capital among the most bustling cities in Europe, even though the number of coronavirus cases has recently been creeping up again. While the Teatro Real had to cancel some ballet and orchestra shows, it has staged several operas successfully.

The opera house said it had spent about €240,000 — nearly $290,000 — on regularly testing employees and guest workers and that around 20 had to go into self-isolation last month, including cast members for “Peter Grimes.”

In an interview before Monday’s opening night, Warner, the director, said: “I had my doubts about how likely this was, and, at certain moments before I got here, how wise this was.” She said she felt “there was a craziness” to the Teatro Real’s plan to stage “Peter Grimes,” which is about a close-knit community and could not be done with social distancing onstage.

But looking back, she also said that key themes in Britten’s “shocking opera,” including its references to English nationalism, resonated with “the stress of these times.”


In Madrid, the British singers welcomed the chance to perform in a major “Peter Grimes” production involving about 150 artists, at a time when most opera houses in Europe and the United States are closed, but they also sounded anxious about what would come afterward.

James Gilchrist, who sings the part of a priest in Britten’s opera, said that 90 percent of his work had been in the European Union rather than in Britain, which made him worried not only about his own future but also the prospects for younger artists. “If you are a promoter in Frankfurt or somewhere like that, you are not going to want to put a British artist at the top of your list, because it is just such a hassle,” he said.

“For very well-established artists, that is probably less of a problem because their name on the poster will bring people in, but if you are more at the beginning of your career, I think this is going to be very, very hard.”

Matabosch said the Teatro Real was committed to having the best possible lineups, irrespective of nationality. He forecast that the post-Brexit travel rules would become easier to navigate, but he acknowledged that British performers risked losing substitution work, which is an important part of their incomes.

“I’m sure that we will end up knowing exactly how to bring over a British singer, just as people also come here from Australia or Canada. But the problem is that if you need a last-minute replacement and have to fly somebody over that very morning, this is not really doable from Britain at the moment,” Matabosch said.

Another British member of the “Peter Grimes” cast, John Graham-Hall, thanked the Teatro Real for helping overcome travel hurdles that left him with “the very nasty feeling that the British government does not care about the arts.” He also gave a succinct summary of the twin hurdles raised by Brexit and the pandemic: “It’s a bloody nightmare.”

Re: ‘Peter Grimes’ Sails on Choppy Seas of Brexit and the Pandemic

I had no idea.

Such a production should have been canceled, IMHO. In the middle of a pandemic? Yikes! I'm really surprised that they actually attempted this.


The opera house said it had spent about €240,000 — nearly $290,000 — on regularly testing employees and guest workers and that around 20 had to go into self-isolation last month, including cast members for “Peter Grimes.”

Totally foolish idea. I do hope nobody got infected in the middle of such a super-spreader event. You wouldn't catch me in that audience, that's for sure.

That said, I do think that travel arrangements for British artists MUST be made easier. To not do so is truly hostile to the arts.
Top
Post Reply
2 posts • Page 1 of 1