$10,000 Flute Left in Cab Nine Years Ago Is Finally Returned

$10,000 Flute Left in Cab Nine Years Ago Is Finally Returned

Heidi Slyker, a Boston area musician, said the disappearance had consequences beyond the mere loss of property. 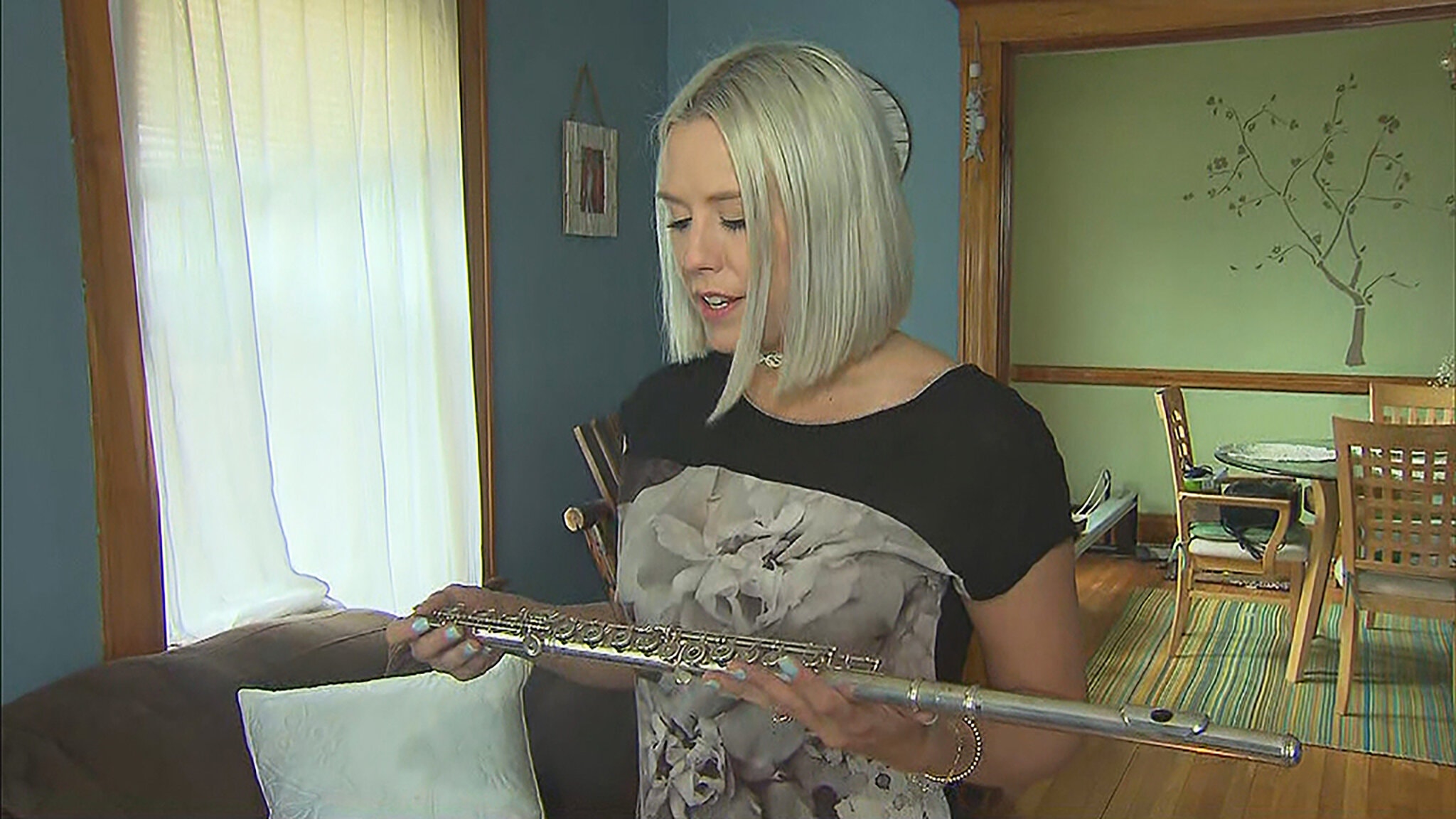 Heidi Slyker with the flute that was returned to her on April 19. She said the loss was “so personal and it affected me in so many ways.”Credit...WBZ TV

When Heidi Bean got into the cab in Boston that fateful night in 2012, she had just finished an eight-hour gig rotating between piano, guitar, bass and drums at the music club Howl at the Moon. It was 3:30 in the morning and she was already thinking of the day ahead, when her musical skills would really be tested.

Ms. Bean would attend her first rehearsal with the New England Philharmonic, playing flute, the instrument she performed with since she was a young girl and had clung to through college and graduate school. But now, finally, years after auditioning for the orchestra, a flutist position had opened up — and Ms. Bean was ready.

At her feet inside the cab, in a hardshell case, was a Brannen Brothers Flutemakers silver Millennium, a $10,000 instrument that was modest by professional standards — similar instruments can cost more than $70,000. Ms. Bean had purchased the flute in high school, with her own money, which she earned working full-time for several years.

When the taxi got to her apartment, she stepped out. The cab pulled away. The flute was still inside. “I immediately knew,” she recalled.


Ms. Bean said she called the cab company, but employees there said they could not locate the driver and had not heard about any lost musical instruments. Eventually, Ms. Bean filed a police report. She even spoke to the news media. She told WBZ-TV at the time that if she didn’t get the flute back, she would have to quit the orchestra.

In a telephone interview on Wednesday, Ms. Bean, 36, who has since married and now goes by Heidi Slyker, recalled trying to hold on to her orchestra position. A friend lent her a flute so she could perform, but it was, Ms. Slyker said, not as good as the one she had lost, and it showed.

“They were like ‘Flute 2 sounds terrible.’ And I was like, I’m sorry,” she said. “I was able to finish the concert, but I never got asked back.”

“It was terrible,” she said. “I finally got into an orchestra and I just had to quit.” She still had her job at the club, but with the weight of $75,000 in student loans, Ms. Slyker could not afford to replace her flute, which she had not insured. “It took me like five years before I got another flute,” she said.

Then, last month, Ms. Slyker, who still works at Howl at the Moon as a musical director and performer, woke up to see a message on her phone from Brannen Brothers, the makers of her lost flute. “Why would they be calling me?” she thought. A company representative had been contacted by a music store in Boston, where a man had recently walked in and asked to have a silver flute appraised. The serial number on the flute matched the one Ms. Slyker had lost nine years earlier. “I almost passed out,” she said.

The employee was Brett Walberg, sales manager and woodwind specialist at Virtuosity Musical Instruments. He said he does about a dozen appraisals a week at the store. When he walked into work on Feb. 12, a colleague asked him to look at a silver flute that a customer had just brought in.

Something struck Mr. Walberg as odd. The customer did not appear to be a flutist. “It was kind of like watching someone who’s never picked up a football before, versus, like, Eli Manning picking up a football,” Mr. Walberg recalled Wednesday. The silver flute was rare, something a professional flutist was more likely to use than a casual hobbyist, according to Mr. Walberg, who also teaches music history at Lasell University.

That combination was “kind of a yellow flag,” he said. Following store protocols in such situations, he took pictures of the instrument, noted the serial number, and wrote down the customer’s name and contact information. Since the flute was not immediately determined to have been stolen, the store could hold on to it for only a limited amount of time. The flute was there for less than two hours, Mr. Walberg said. Then, it left with the man who had brought it in.

Mr. Walberg contacted the flutemaker and gave them the information he had. The flutemaker began tracking down the original bill of sale for the item. When they found it, it had Ms. Slyker’s name. After nine years, her flute had been found.

“Imagine what you hold most dear in your day wasn’t there anymore,” said Mr. Walberg, who also plays the saxophone. Since the instrument is made of precious metals and appreciates in value over time, the $10,000 flute she lost in 2012 now cost $12,960 to replace, the flutemaker told Mr. Walberg.

Mr. Walberg, who is friends with Ms. Slyker’s brother, was unable to get the man to return the flute. Eventually, the store contacted detectives with the Boston Police Department. “We tried our best to have it resolved without any involvement with the police,” Mr. Walberg said.

The detectives visited the customer, who said he had purchased the flute from an unknown man, the police said. The man turned over the flute to the detectives. They returned it to Ms. Slyker on Monday.

Ms. Slyker said she was unsure if she wanted to see the man prosecuted. “I’m not a vengeful person, but he really did mess with me,” she said. “It was just so personal, and it affected me in so many ways.”

Ms. Slyker spent five years saving up to purchase a new flute: a $13,000 Aurumite 9K made by Powell Flutes, silver with rose gold over it. With her new flute, and now her lost flute found again, she said, “I can’t wait to play them back to back.”

Re: $10,000 Flute Left in Cab Nine Years Ago Is Finally Returned

He held on to it for a long time before getting rid of it. I don't see myself as a vengeful person either, but I'd like to see the taxi driver charged.
Top

Re: $10,000 Flute Left in Cab Nine Years Ago Is Finally Returned

You bet. He did serious harm to her life, and that demands some sort of justice, I think.
Top
Post Reply
3 posts • Page 1 of 1