So, American kids today know all about Jim Crow? I suppose they learned about it in their C.R.T. classes. 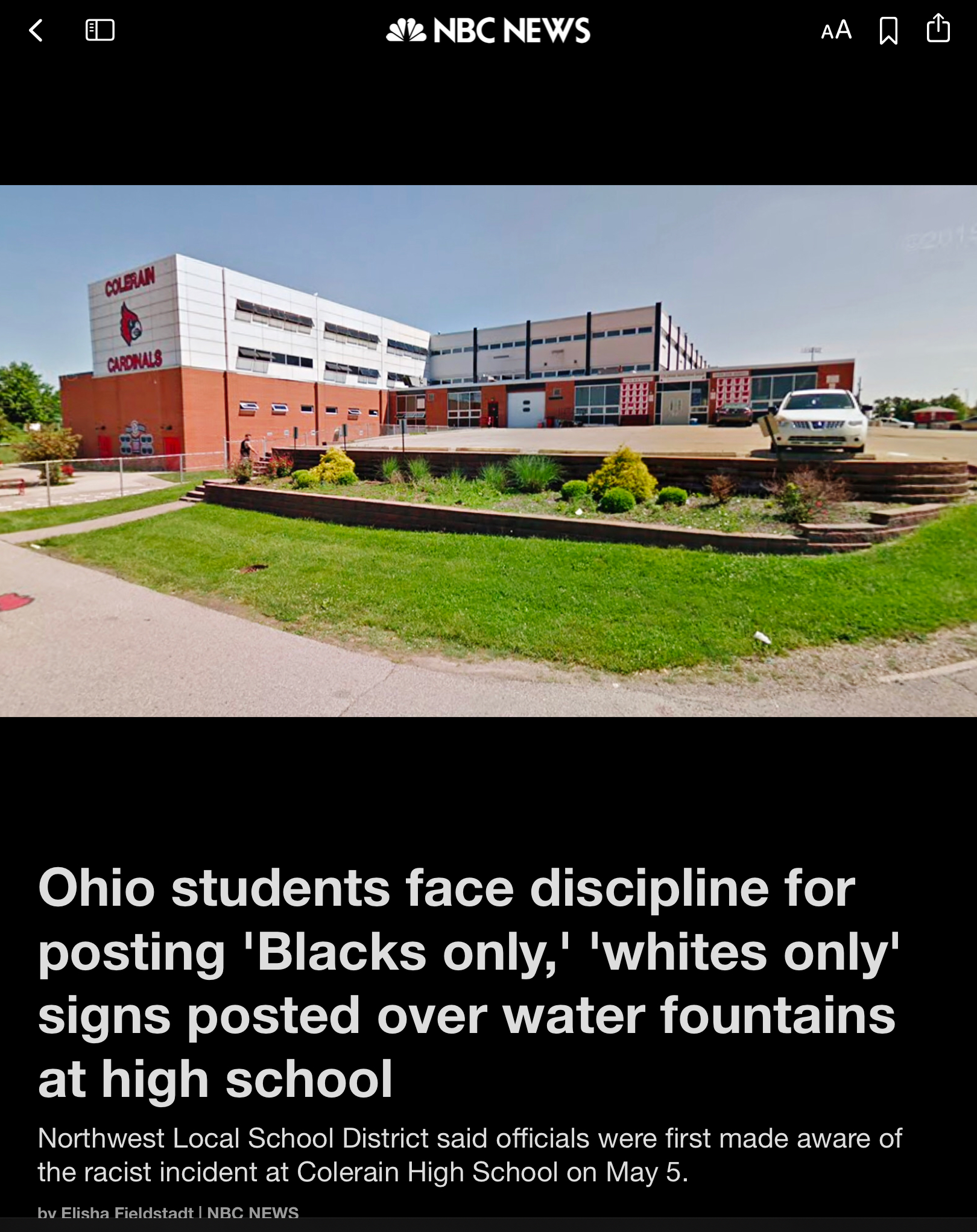 Students at a Cincinnati high school who taped "Blacks only" and "whites only" signs over water fountains and posted pictures of the signs on social media will be disciplined, the district announced after the incident was broadcast by a local news station.

Northwest Local School District said officials were made aware of the racist incident at Colerain High School on May 5.

The district started to investigate and learned that the signs over the water fountains were posted for about 30 seconds, while the students responsible took photos. They then took the signs down, and posted photos of their handiwork online.

"Those who participated in this tasteless and hurtful act have been issued significant disciplinary actions," said the district's statement, which noted that "information regarding this incident was shared on the news today." The statement was issued on May 16.

Parents at the 9-12 school were made aware of the incident in a letter from the school on May 5.

"Any student, including those who are found to have taken part in sharing the post online will also be subject to disciplinary action," said the letter. "The actions that were displayed do not reflect the values and culture of Colerain High School or the Northwest Local School District."

Jim Crow laws, segregating Black people from white people, were enforced in the South until 1965.

Colerain High School, which has about 1,700 students is 30 percent Black and 50 percent white, according to U.S. News and World Report.
Top

I'm sure it was just a joke.

This is why the 1619 Project should be required reading in high school classrooms.
Black lives matter.
Top

You start the race wars with identity politics and what in the world would you expect? The naivete and blame-shifting here is at epic proportions. Good and decent centrist individuals won't have a bar of any of this. They deplore identity politics.

Anything but looking at yourselves in the mirror - just projections and rants.

Belle wrote: ↑
Sat May 21, 2022 1:34 am
You start the race wars with identity politics and what in the world would you expect? The naivete and blame-shifting here is at epic proportions. 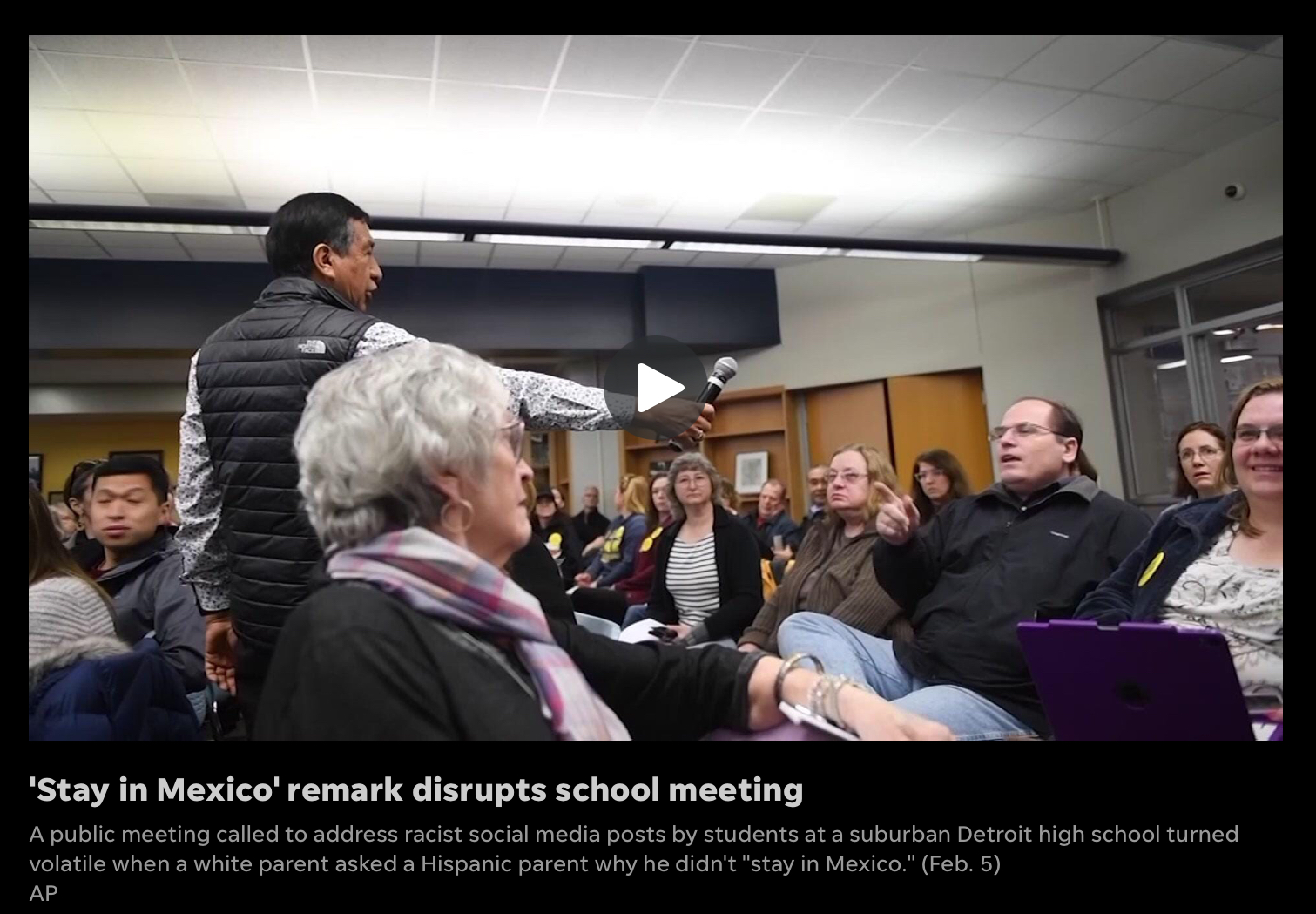 This Associated Press video is posted here. Judge for yourself who was the instigator. https://www.usatoday.com/story/news/edu ... 860121002/
Top
Post Reply
5 posts • Page 1 of 1

Users browsing this forum: No registered users and 13 guests