Facebook panel will reveal on Wednesday whether Trump will regain his megaphone.

Facebook panel will reveal on Wednesday whether Trump will regain his megaphone.

Facebook’s Oversight Board, an independent and international panel that was created and funded by the social network, plans to announce on Wednesday whether former President Donald J. Trump will be able to return to the platform that has been a critical megaphone for him and his tens of millions of followers.

The decision will be closely watched as a template for how private companies that run social networks handle political speech, including the misinformation spread by political leaders.

Mr. Trump was indefinitely locked out of Facebook on Jan. 7 after he used his social media accounts to incite a mob of his supporters to storm the Capitol a day earlier. Mr. Trump had declined to accept his election defeat, saying the election had been stolen from him.

At the time that Facebook barred Mr. Trump, the company’s chief executive, Mark Zuckerberg, wrote in a post: “We believe the risks of allowing the president to continue to use our service during this period are simply too great.”

Two weeks later, the company referred the case of Mr. Trump to Facebook’s Oversight Board for a final decision on whether the ban should be permanent. Facebook and the board’s members have said the panel’s decisions are binding, but critics are skeptical of the board’s independence. The panel, critics said, is a first-of-its-kind Supreme Court-like entity on online speech, funded by a private company with a poor track record of enforcing its own rules.

Facebook’s approach to political speech has been inconsistent. In October 2019, Mr. Zuckerberg declared the company would not fact check political speech and said that even lies by politicians deserved a place on the social network because it was in the public’s interest to hear all ideas by political leaders. But Mr. Trump’s comments on Jan. 6 were different, the company has said, because they incited violence and threatened the peaceful transition of power in elections.

On Monday, Mr. Trump continued to deny the election results.

“The Fraudulent Presidential Election of 2020 will be, from this day forth, known as THE BIG LIE!,” he said in an emailed statement.

Litmus test for Facebook. Hope they surprise me, but I’m guessing they will cave to the GOP attack on “anti-conservative” Big Tech.
Last edited by Rach3 on Tue May 04, 2021 11:18 am, edited 1 time in total.
Top

Yes, my guess too.
Top

I'm very much afraid we're doomed if you're right.

I've never accessed Facebook, let alone joined, as I get the shudders when I think about the vast reserve of hate garbage that gets passed around there.

One can only hope that this panel has in its heart the ultimate goal of preserving Facebook's independence, which would be threatened by a Republican dictatorship.
Top

The panel of about 20 people, including academics and political leaders, upheld the company’s ban of former President Donald J. Trump.

An independent panel called the Facebook Oversight Board on Wednesday upheld Facebook’s ban on former President Donald J. Trump, but said the company must review its decision to impose an indefinite suspension.

The company suspended Mr. Trump’s account on Jan. 7, after he used social media accounts to incite a mob of supporters to attack the Capitol a day earlier. The board gave Facebook six months to determine its final decision on Mr. Trump’s account status.

Here are key facts to know about the Facebook Oversight Board and its decision:

The board is a panel of about 20 former political leaders, human rights activists and journalists picked by Facebook to deliberate the company’s content decisions. It began a year ago and is based in London.

Facebook’s chief executive, Mark Zuckerberg, conceived the idea of having an independent body that acted like a Supreme Court in 2018. The idea was for the public to have a way to appeal decisions by Facebook to remove content that violates its policies against harmful and hateful posts. Mr. Zuckerberg said neither he nor the company wanted to have the final decision on speech.

The company and paid members of the panel stress that the board is independent. But Facebook funds the board with a $130 million trust and top executives played a big role in its formation.

So far the board has issued a handful of decisions on minor takedowns by Facebook. The majority of the rulings have overturned Facebook’s decisions.


What is the panel deciding related to Trump?

Two weeks after Facebook decided to temporarily lock the account of Mr. Trump, the company said it would refer the case to the Oversight Board, effectively punting to outsiders a final decision on the former president.

In a blog post, the company explained that executives had blocked Mr. Trump’s account because he had violated the company’s policies against the incitement of violence and that the deadly storming of the Capitol defied the company’s belief in a peaceful transition of government and the democratic process.

“We look forward to receiving the board’s decision — and we hope, given the clear justification for our actions on Jan. 7, that it will uphold the choices we made,” Nick Clegg, Facebook’s vice president for global affairs, said in the post.

The board will tell Facebook to remove the ban, or to keep it. The ruling may also come with more nuance. The board could say that the ban was appropriate at the time but is no longer necessary, or that the ban was the wrong decision from the start.

The company then has seven days to put the board’s ruling into effect.

How does the board make its decision?

The board takes cases that are referred by Facebook or the public. The panel then selects five members to first deliberate on each case, with one based in the home country represented by the case.

The members meet to discuss the case and vet public comments. More than 9,000 comments were submitted on Trump’s account. The board extended its 90-day deadline on decisions for the Trump case because of the high volume of public comments. The board will base its decision on two main criteria: if Facebook’s ban on Mr. Trump followed the company’s community standards and adhered to human rights laws. When the smaller panel of board members reaches a majority, the decision is taken to the full board for a vote.

In the Trump case, Facebook also asked the board to give policy recommendations on how to handle the accounts of political leaders. The company doesn’t have to adopt the recommendations.

Is this decision the final say on Trump?

If Facebook follows its own rules, then yes. The company has said that all decisions from the oversight board are binding, and that even Mr. Zuckerberg couldn’t overturn the rulings. (Mr. Trump was also barred, permanently, from Twitter, where he had some 88 million followers.)

But there is no body that enforces this agreement between Facebook and the board. Facebook has rejected one recommendation by the board that dealt with the takedown of a Covid-19 post. The company says recommendations are different from rulings and are not binding. 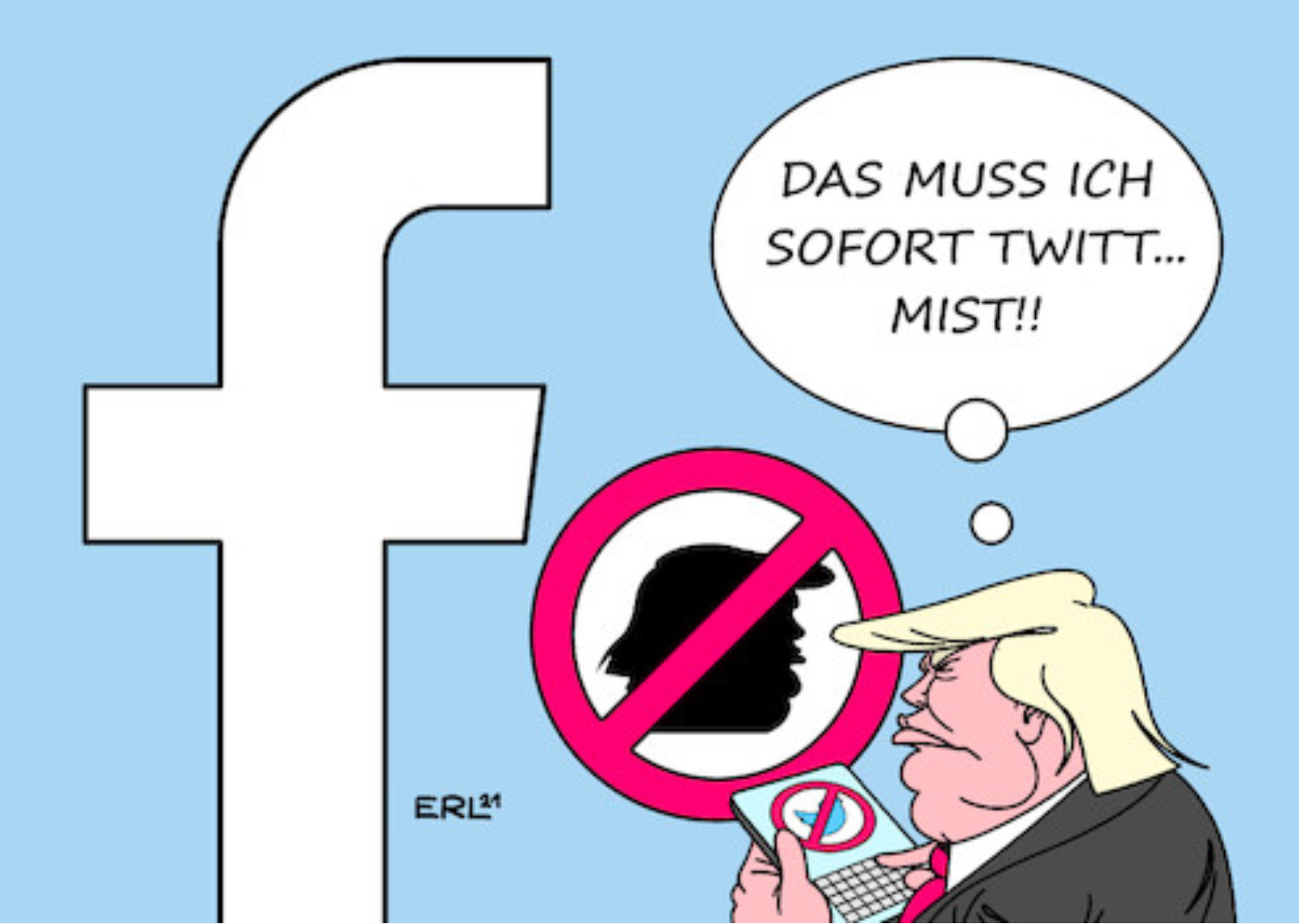